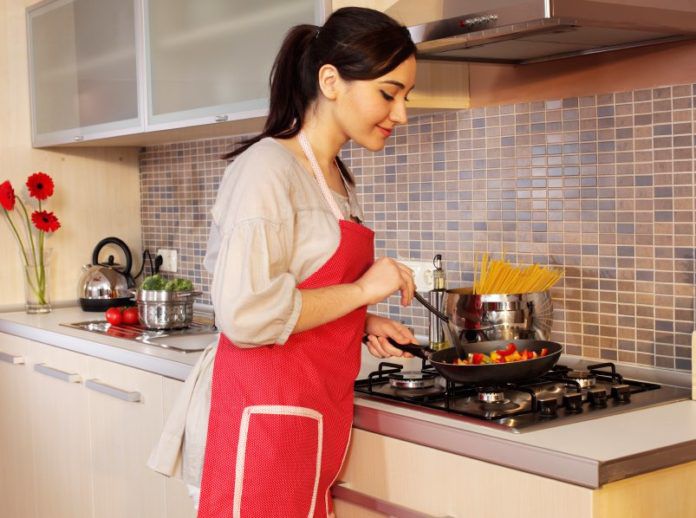 There’s a television ad for a well-known manufacturer of jams and jellies that compares the company’s efforts to produce a quality product to a grandmother’s efforts to produce jam for her family in her own kitchen. The tag line goes, “we couldn’t match Grandma’s love, so we settled for a little extra flavor.”

A riff on that line could be used by any reputable dog food manufacturer: “We couldn’t match the love you would show your dog by cooking her meals yourself, so we settled for a lot more nutrition.”

The point was brought home in a recent study conducted by researchers at the University of California’s School of Veterinary Medicine in Davis. The team of scientists, all veterinarians, analyzed 200 recipes for homemade dog food found in pet care books, on websites, and elsewhere and found that 190 of them (95 percent) had at least one essential nutrient in concentrations that did not meet official standards for healthy dogs. Almost 170 of the recipes (more than four out of five) had multiple nutrient deficiencies. The results were reported in the prestigious Journal of the American Veterinary Association.

The nutrients most commonly present in short supply included zinc, choline, copper, omega-3 fatty acids, and calcium. Almost 70 percent of the recipes lacked enough zinc, while 35 percent — more than one in three — were deficient in calcium. Many were too low in vitamins D and E as well.

The shortfalls were not minor. Oftentimes, vitamin and mineral concentrations fell below 50 percent of standards. That was the case with many recipes for vitamin D, zinc, choline, and vitamin E.

Some nutrients were found in various recipes to be in staggeringly short supply. Calcium concentrations fell as low as 0.07 gram per 1,000 calories of food when the standard is 1 gram. Potassium levels, too, sometimes came in uncommonly low, as did levels for sodium, iron, manganese, vitamin A, and the B vitamins riboflavin, pantothenate, cobalamin, and folate.

The consequences, if these foods were fed regularly, could be disastrous. For instance, diets chronically deficient in choline can cause not just weight loss but also fat accumulation in the liver. Long-term vitamin D deficiency can lead to substantial musculoskeletal abnormalities, particularly in puppies, who are still developing the scaffolding of their skeletal mass.

Almost all the recipes (92 percent) also lacked clear instructions for preparation, leaving them vague or incomplete, which necessitates judgments on the part of pet owners for figuring out, say, how much of an ingredient to add to the mix. That could throw off the nutrition profiles of homemade meals even further. For instance, some recipes specified one to two eggs or 2 cups of mashed potatoes or rice. In their evaluations, the researchers would split the difference, plugging one and a half eggs into their nutrient analysis, or one cup of mashed potatoes plus one cup of rice. But what about those people who made their dogs’ meal with only one egg or two cups of potatoes or rice? That would definitely lead to fewer nutrients coming from eggs on one hand and, at the very least, alter the balance of nutrients on the other, if not out and out diminish nutrient concentration. At that point, how much of each nutrient a dog gets becomes even more of a crapshoot.

Granted, some sources advised pet owners to rotate a group of seven recipes from day to day throughout the week so that any deficiencies in one recipe would be made up for with the ingredients in another. But even grouped together, the researchers found, the combinations of recipes averaged over the course of seven days were still lacking in various nutrients, including zinc, choline, vitamin D, vitamin B12, and vitamin E. Given that so many recipes were deficient in so many nutrients to begin with, it isn’t surprising, say the researchers. “Even the use of a strategy for rotation among several recipes…would be unlikely to provide a balanced diet,” they comment in their paper.

Making matters more complicated still was that supplements were indicated for a number of the recipes, but the type or brand of supplement was not necessarily included. Then, too, some 85 percent of the recipes did not provide specific feeding instructions or even guidelines, leaving dog owners on their own to figure out how much food to put in the bowl, whether their pet was a Chihuahua or a Great Pyrenees. In some cases, a single book or website provided a number of recipes that differed widely in calorie content for the same-size pet. Among all sources, calorie content veered from 380 to 16,348.

Perhaps even more astonishing than that was that 13 of the 200 recipes called for garlic or onion, which can lead to hemolytic anemia in dogs and thereby threaten their lives.

Of the 200 recipes evaluated, nine provided all the essential nutrients in concentrations that met the nutrient profile minimums for commercial dog food set by the Association of American Feed Control officials. Of those nine, eight were written by veterinarians.

We should point out that of the remaining 191 recipes that fell short on nutrients essential for canine health, 121 were written by veterinarians, 70 by non-veterinarians. In other words, even many veterinarians were not able to formulate recipes that would ensure a dog’s nutritional well-being.

Which brings us to the reason we often say that your best bet for your dog is a food made by a well-known, reputable company that has been in business for a number of years. Manufacturers who fall into that category have full-time board-certified veterinary nutritionists on their staff, or PhD nutritionists. These professionals with many years of schooling and then further training behind them are the ones in such firms who oversee dog food’s formulation, production, and quality control process.

If a commercially prepared food simply will not do, either because you just feel better about preparing your dog’s food yourself, have been scared off by the (exceedingly rare) recall of food due to bacterial contamination, or distrust large manufacturers for other reasons, we urge you to seek the expertise of a board-certified veterinary nutritionist for creating a recipe (or recipes) that will meet all your dog’s nutrient needs. The American College of Veterinary Nutrition can help you find a veterinarian board-certified in nutrition in your area. Go to acvn.org and scroll down when you click on “Frequently Asked Questions” under the “About ACVN” tab.