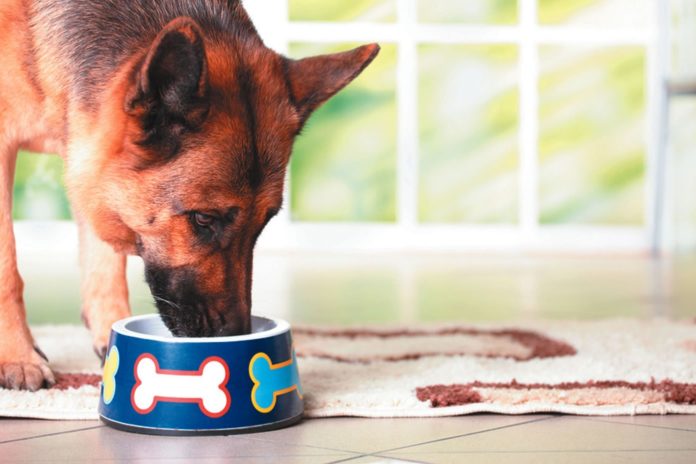 You may have heard recently that certain types of diets, including those that are grain-free, have been linked to a type of life-threatening heart disease in some dog breeds that don’t commonly become afflicted with it, including golden retrievers, Labrador retrievers, mixed breeds, and others. Called canine dilated cardiomyopathy, or DCM, it results in an enlarged heart.

Why is that significant? As the heart and its chambers become dilated — enlarged — it becomes harder and harder for the heart to pump, leading to a series of events that causes fluid to build up in the chest and abdomen. That, in turn, can lead to congestive heart failure. Large and giant breeds that include Great Danes, boxers, and Doberman pinschers have historically been diagnosed with DCM with relative frequency because of a genetic predisposition, but the disease is new to these other breeds, and it is thought that diet may be the culprit.

Teasing out the specific dietary connection

It appears that dogs who have been consistently eating pet foods made by smaller “boutique” manufacturers, and/or foods that contain exotic meats, peas, lentils, other legumes, or sweet or white potatoes as main ingredients (found higher up on the label than vitamins and minerals) are more prone to getting DCM than dogs eating other diets. Many foods that are made by smaller and newer companies that utilize these ingredients are grain-free, which is why much of the media coverage has focused on “grain-free” diets.

In truth, the investigators still don’t know the exact cause. Researchers at veterinary schools collaborating on the problem, including the ones at the University of California, Davis, and Tufts, as well as the Food and Drug Administration, have observed that some, but not all, dogs on diets containing these unusual ingredients who ended up with DCM also had low levels in the blood of an amino acid called taurine. Inadequate taurine is well documented as a common cause of DCM in dogs.

It’s not that the diets in question lacked taurine; dogs make it naturally on their own from other food building blocks, and it is not required to be supplemented in dog foods. But researchers wonder if perhaps something about the diets kept their bodies from making the taurine it was supposed to. Says the FDA, “nutritional makeup of the main ingredients or how dogs process them, main ingredient sourcing, processing, amount used, or other factors could be involved.”

Complicating the issue is that some dogs who develop DCM have normal blood levels of taurine but see improvements in their heart health after switching to a different diet. It suggests that when it comes to diet and DCM, there may be multiple mechanisms or something more complex than just inadequate taurine.

Dogs who end up with DCM because of a genetic predisposition generally get sicker and sicker until they eventually succumb, even with good management of the disease. But researchers have been finding that many dogs with DCM linked to diet actually improve with a change in food and sometimes taurine supplements.

If you have been feeding your dog a “boutique” diet, a diet with exotic meats such as kangaroo, legumes, or potatoes or a grain-free diet for anywhere from months to years and notice that he has been weaker, coughing, or having trouble breathing, definitely take him to the veterinarian, who can make a diagnosis and determine treatment. The vet should test blood taurine levels and will most likely recommend that you change your dog’s diet. She or he may also suggest an ultrasound of your dog’s heart as well as other screening tests.

The FDA encourages consumers, along with veterinarians, to report cases of DCM in dogs suspected of having a link to diet through its Safety Reporting Portal at http://www.safetyreporting.hhs.gov.

Should you switch your dog from a grain-free diet or one made with the aforementioned ingredients even if he doesn’t show any telltale signs of DCM? You certainly can, but based on the evidence to date, the FDA is not advising it. We’ll keep you posted as more information comes in.

The Real Skinny on Grains for Dogs

The Internet is rife with warnings that grains are bad for dogs because they did not eat grains in the wild, before they came to live in our homes. But diets containing grains have been shown to support dog health for decades, so do not be concerned if your dog’s veterinarian steers you away from a grain-free diet, which often has legumes or potatoes as the first ingredient, and toward one that contains grains. It will not harm your pet.

Not convinced? A research paper in the journal Nature has shown evidence that a significant genetic difference between dogs and their ancestors, wolves, is dogs’ ability to thrive on a diet rich in starch, of which grains are one source. Wolves, on the other hand, must be largely carnivorous to thrive. To live with us, dogs’ digestive systems through the millennia have had to evolve to be in sync with ours.