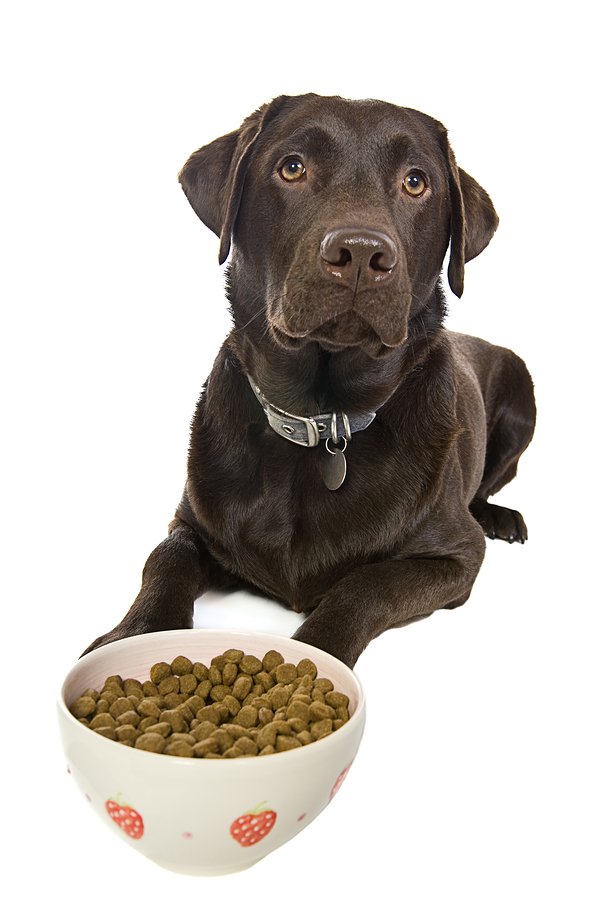 “Great for pets with sensitive stomachs.”

It’s understandable that owners might want a product to improve a dog’s digestion. Gastrointestinal issues like vomiting, diarrhea, and gas are common discomforting issues for some dogs, and when they are, it makes sense that their human guardians would look for solutions.

It can be hard to resist the allure of the marketing bursts on some of the products even if your dog does not have GI issues. Tufts board-certified veterinary nutritionist Cailin Heinze, VMD, has come across claims on digestive enzyme supplements that say they “may drastically improve your pet’s digestion and absorption of nutrients,” “replace vital enzymes destroyed by cooking,” and “contribute considerably to your pet’s well-being,” as she points out on the Tufts Cummings School website Petfoodology (vetnutrition.tufts.edu/petfoodology).

Then, too, some sources go as far as to say that not supplementing with digestive enzymes is leaving your dog open to serious, and even fatal health problems, making these products difficult not to at least consider.

But are these claims true? Do the products really work? And are they actually necessary for your dog?

Certain nutrients, namely carbohydrates, proteins, and fat, start out as pretty large molecules — too large to squeeze their way from the intestine into the bloodstream or lymphatic system, where they are then circuited to all the body’s tissues to keep dogs healthy. They need to be broken down first. That’s where digestive enzymes come in.

Different enzymes break down different nutrients. One called lipase takes care of fat, making it small enough to shimmy into the narrow channels leading from the intestine to the larger lymphatic vessels that distribute fat to the body’s various tissues. Another, protease, breaks down protein into amino acids, while amylase cuts up carbohydrate molecules strung together.

One of the arguments made for giving a dog digestive enzyme supplements is that the digestive enzymes in the food they eat are destroyed by cooking or other processing. But dogs (and people, for that matter) don’t depend on whatever enzymes happen to be in food to do the digesting of the food. All of the necessary enzymes are produced in the dog’s own pancreas and released into the intestine after meals, where food makes its way after traveling down the esophagus and into the stomach. The stomach is where it’s processed before it goes into the small intestine to be pulled apart at the molecular level.

Granted, in a dog with a rare disease called exocrine pancreatic insufficiency, or EPI, the pancreas is unable to produce enough enzymes. But dogs with that condition have dramatic symptoms. They are voraciously hungry but underweight and often have constant, particularly foul-smelling diarrhea. EPI is a disease that must be confirmed with a blood test. Once it is diagnosed, dogs are typically given supplements of high-quality digestive enzymes that can be obtained only through a vet, and there is a usually a dramatic turnaround in the symptoms. There’s no, “I think it’s working,” or “the dog seems to be doing a little better.”

In a healthy dog with a normal pancreas, on the other hand, there is absolutely no scientific proof that supplementing with digestive enzymes improves digestion — or overall well-being. To the contrary, a recent study in the Journal of Nutritional Science conducted by veterinary researchers in Spain, Ireland, and the U.S. showed evidence that they are not effective. The scientists studied 14 healthy dogs in either a diet-alone group or a diet- plus-digestive-enzyme-supplements group. The enzymes were derived either from plants or from animals. The investigators then measured for differences in digestion by testing fecal samples.

The upshot: those dogs fed the diets without supplements fared just as well with their digestion of nutrients as the ones given the enzyme supplements. “Routine use of such products is not recommended,” say the researchers.

If the research results don’t convince you to skip the digestive enzyme supplements, consider this: some of the products for dogs contain cellulase, which is necessary for digesting a plant fiber called cellulose. And, truth be told, dogs don’t produce cellulase. But they don’t need to! Only animals that get their nutrition from hay and leaves take in a lot of cellulose and need to break it down. Putting cellulase in a product for dogs doesn’t make a lot of sense because most dog foods don’t contain much in the way of cellulose. The diets that do are generally prescribed for specific purposes — such as making an overweight dog feel more full with fewer calories. That effect would be defeated by a dog being able to break it down and get calories from it. Even horses and other hay-eating animals don’t need cellulase supplements. Bacteria in their guts produce it.

Note, too, that side effects from digestive enzyme supplements have been reported — everything from oral ulcerations (sores in the mouth) to vomiting, diarrhea, and even allergic reactions. In other words, these supplements are not simply ineffective. In some cases, they can adversely impact your pet’s health.