Home DOG FOOD And NUTRITION How Worried Should You Be About Foodborne Illness?
Print
Email
Facebook
Twitter 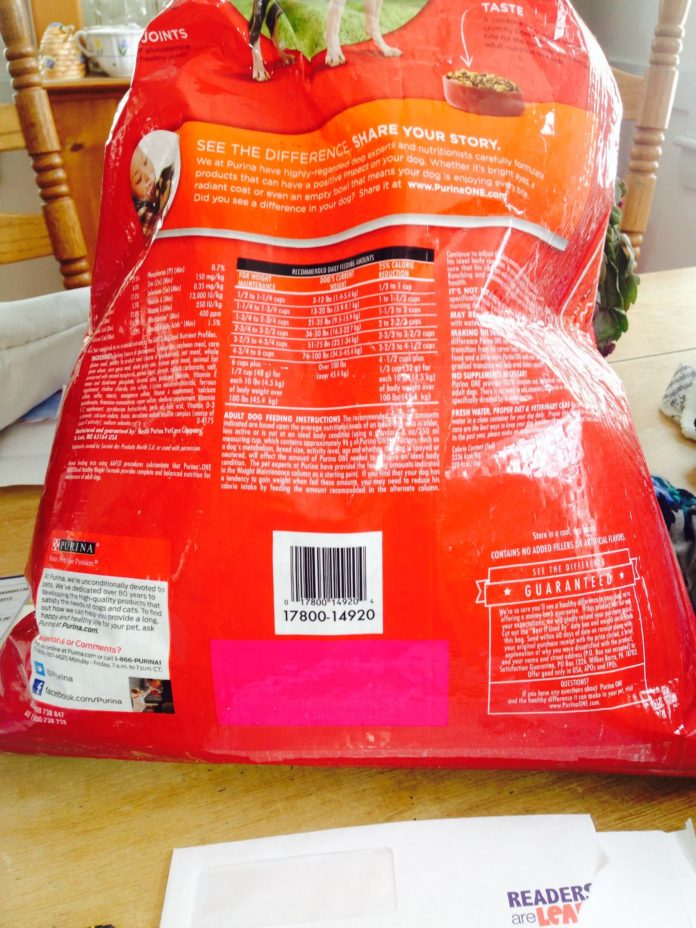 Every so often, media reports of potential problems with pet foods prompt dog owners to worry about the safety of their pet’s food and go scrambling for more information, typically on the Internet. Generally speaking, just how concerned should you be?

Not very. It turns out that in the vast majority of cases, the concern far outweighs any danger — or even any proof that something is amiss. “Notwithstanding the melamine contamination crisis of 2007, which despite its scope actually only affected a very small percentage of the American pet food market, actual serious illness due to problems with pet food is not very common,” says Cailin Heinze VMD, DACVN, a board-certified veterinary nutritionist who both sees patients and conducts research at Tufts Cummings School. “Recalls of pet food are also uncommon, particularly when you compare them to recalls of foods meant for human consumption,” she says.

To put the issue into some quantitative perspective, on the day we interviewed Dr. Heinze, the Food and Drug Administration recall site (fda.gov/Safety/Recalls) had seven pages of listings of foods for people that had been recalled in the previous two months. The total came to at least 50 products. The problems ranged from undeclared allergens in the foods that weren’t supposed to be there (such as nuts) to foreign material contamination to contamination by bacteria. During the same two-month period, there had been only five recalls of dog products (one food and four types of treats), all for bacterial contamination. All five products were produced by smaller companies and would have affected a very limited number of pets (if any pet illnesses occurred at all).

However, a search of the Internet will always come up with numerous reports from pet owners suggesting that their pet food made their dog sick. If so many dogs are reportedly getting sick, why aren’t more foods being recalled?

Oftentimes, says Dr. Heinze, what people assume is a problem with a food is simply a mismatch between a food and the dog to whom it is fed. For instance, the doctor says, “some dogs are very sensitive to diet changes. If you change the diet too quickly or even at all, a dog may develop gastrointestinal signs that are due to the change in food but not to anything wrong with the food. The dog may not tolerate the fat level in the new diet, or the fiber level, or one of the other ingredients.” In other words, “just because your dog has vomiting and diarrhea or other gastrointestinal signs when you switch to a new food doesn’t mean the food is sub-par in any way.”

What should raise concern that something is wrong with the food?

Says Dr. Heinze, “you might be a little more suspicious if you have a dog who has always eaten her food without a problem and you buy a new bag or a new case of cans and suddenly she won’t eat it but otherwise seems okay. That could potentially be a sign that something’s wrong with the food. It becomes more suspicious if multiple dogs in the household are reacting in the same way. But again, it’s rare.”

Out-of-the-blue severe liver or kidney disease in previously healthy dogs. [Note: these conditions can also be caused by toxins not associated with pet food, for example, xylitol in sugar-free gum or ethylene glycol in anti-freeze, or by bacterial infections like leptospirosis.]

Severe gastrointestinal signs associated with opening a new bag of the usual diet or a can from a new purchase lot.

It doesn’t prove the food caused the problem, but it does mean that the food is a reasonable avenue of exploration.

If you suspect a commercial pet food has made your dog sick, there are a number of steps you should take. The two overarching ones are a) to stop feeding that food to your pet and b) to bring her to the veterinarian. Many people take the first step but not the second.

“The challenge in a lot of these cases,” Dr. Heinze says, “is that when owners are suspicious of a food, we don’t get an appropriate workup of the pet to be able to say one way or another whether the food had anything to do with the illness. And if the dog has died, the only way to see whether food was the cause is to have a necropsy [animal autopsy] performed. Most people don’t, and then we never really know.

“When you look back at some of the cases of suspected food-associated illness that have been reported over the years and have later been proven to be false, it has often been a dog who was older and died suddenly after eating a new diet. The owner or veterinarian suspected the food and a necropsy was performed, and it turned out the dog had cancer or some other fatal problem that her owners were unaware of.

“That’s why it’s imperative that if there’s any chance you think the illness could be food-related, you have diagnostics done — collect and analyze samples of blood and urine and perform x-rays or other imaging to rule out other health problems if the dog is alive, and have a necropsy performed by a board-certified veterinary pathologist if the dog dies. It’s like on CSI,” Dr. Heinze says. “If you don’t do an autopsy, you often don’t find out what really happened.”

Three steps for handling the food itself

If you believe food has made your dog sick, you have to be able to identify which food. And people’s usual habits can make that tricky.

“A lot of owners will take the dog food out of the package and then put it into another container, like a large plastic storage bin with a lid, and may even mix it with other products,” Dr. Heinze says. “But now you don’t have a record of the exact batch or even flavor of food. So…

“One of the most important things we can advise pet owners is not to throw out the bag until after all the food from the bag has been eaten. Or, alternatively, cut out that portion of the bag that has the ‘best by’ date and the product code. If there is a concern, that’s how the company can go back and investigate.”

“If you believe a food has made your dog sick,” Dr. Heinze says, “save a sample of it. If you throw it out, the chances of finding out whether there was a problem — bacteria, another contaminant, or some other issue — become much smaller. Put saved dry food in a zip-lock bag (or two) and store it in the freezer. With canned food, try to save food from unopened cans in the same lot (keep these at room temperature). Companies generally keep samples of their products, too. If you have the date and the lot code, a company can test its own sample in addition to yours.”

Contact the manufacturer. They need to know you suspect a problem, and in the very rare case that there is one, they need to be able to take action so that as few dogs as possible get sick. Manufacturers know it is not in their best interest, financially or otherwise, to keep selling a food that is harming animals. Your veterinarian, in the meantime, should contact the Food and Drug Administration (FDA). That’s the legitimate government agency for reporting suspected foodborne illness, and they will investigate and see if where there’s smoke there might be fire by looking at individual cases as well as all the reports together.

While it’s never a bad idea to be safe rather than sorry and keep track of all the pet food you buy as outlined in the suggestions above, “the vast majority of illnesses that pets get have absolutely nothing to do with contaminated food,” Dr. Heinze says. “When food does make them feel bad, the effects are generally mild and self-limiting.” They often don’t require extensive medical treatment, and it’s not the food’s fault. It just doesn’t happen to agree with them.