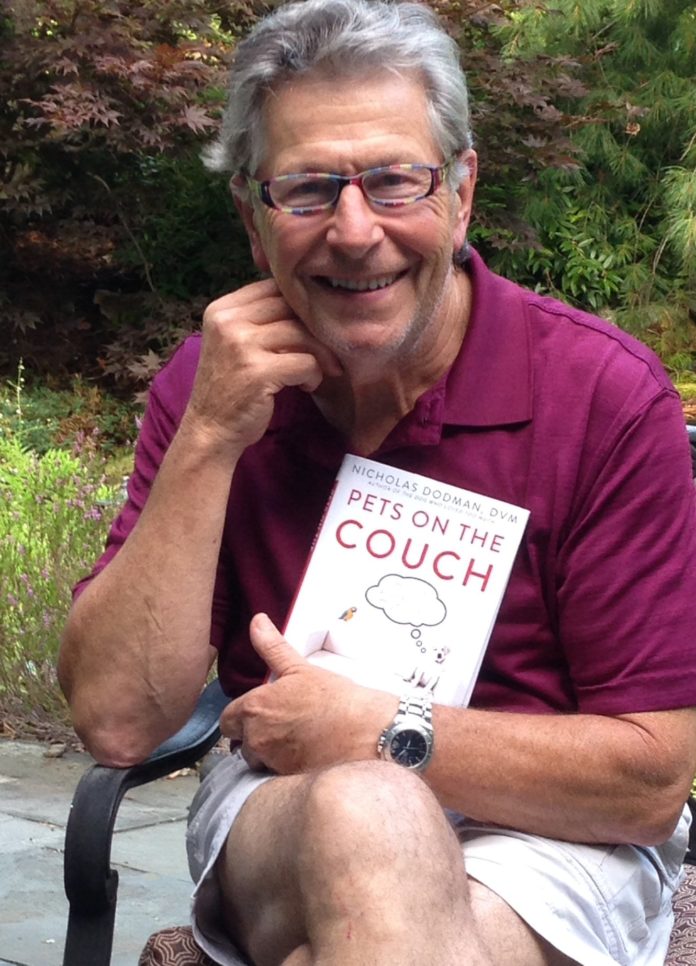 Emma the beagle exhibited the classic signs of separation anxiety. She would start howling as soon as her owner headed off down the front walk and destroy things or have accidents in the house when alone.

Animal behaviorist Nicholas Dodman, BVMS, treated the condition with a training program that fostered independence; with environmental enrichment that would give the dog things to do when her owner wasn’t home; and with a low dose of an anti-depressant to help stabilize her mood. Often, that combination works wonders. But the owner reported that the improvement was only about 30 percent and that Emma was positively ballistic in the house even when she was home, tearing around the place and practically ricocheting off the walls. She was also over-excited in the car.

It was at that point that Dr. Dodman suspected ADHD, or attention deficit hyperactivity disorder. Many dogs are hyperactive without having ADHD, he acknowledges. They simply have too little exercise, an improper diet, and a boring lifestyle with no tweaks in their routine. But this seemed different. Emma was not only hyperactive but also couldn’t calm down even with lots of attention. Dr. Dodman arranged for a Ritalin trial. It was a novel, uncharted approach.

The results proved jaw-dropping. Emma’s owner reported that a 10-milligram dose totally calmed her dog down — a 90 to 100 percent improvement. She even stopped exhibiting unrest that her owner mistakenly had attributed to thunderstorm phobia.

Dr. Dodman wasn’t surprised that the Ritalin did the trick. “Dogs, cats, and other mammals have brains that are very similar to our own brain in both structure and function,” he says in his new book, Pets On the Couch (Atria Books). “It’s not just brain anatomy that is similar across the species,” he says. “Animals in general…have many of the same inner workings as humans do. We share physical similarities and we respond to incoming sensory information in much the same way. Under the hood, so to speak, in terms of the nervous system or other organ systems, there is not much difference in how things work.”

We’re all the same ‘under the hood’
That dogs and people share deep-rooted neurological, emotional, and psychological similarities is the premise of Dr. Dodman’s new work, an absorbing account of how veterinary researchers only now are coming to terms with the fact that dogs and other animals experience their inner lives much the way we do.

It’s a critical pivot in thinking, he argues, because so much of what dog owners think of as bad, or naughty, behavior is the result of a psychological or neurological issue that hasn’t been identified and treated. And without that recognition, dogs pay a hefty price — sometimes, the ultimate price. “Bad behavior is the number one killer of pets in the United States, he says,” not cancer, heart disease, or even old age. People put down their dogs and other companion animals who are behaving unacceptably in the belief that the animal is simply “untrainable.”

“I think about all the curses, shouts, and screams that are flung at dogs, the rolled-up newspapers, the paddles and straps,” he says. “It’s all so unnecessary. Much of the time the dog simply serves as an outlet for a human’s frustrations” without any understanding that often, the animal is suffering from a condition, or predicament, that needs tending, and that is what is leading to the undesirable behavior.

Unfortunately, the turn in thinking about the shared psychological and neurological afflictions of animals and people is coming all too slowly, he says, reporting that “behavioral medicine still goes untaught by the majority of veterinary schools and its core principles remain a mystery to many veterinary practitioners.” It’s “a great shame,” he adds, because of the untold damage the lack of understanding, the lack of empathy, engenders.

“Empathy helps where judgment fails,” he says. “But empathy depends in part on identification. We can’t empathize if we feel a creature is somehow alien, different, or separated from us by insurmountable barriers. My emphasis has always been upon our commonality with our pets, not our differences.”

The proof that animals and people share similar brain chemistries and similar ways of perceiving emotional and psychological happenings is right in front of us, with our own research practices as evidence, he points out. So many of the human conditions for which medicine has been developed — depression, obsessive compulsive disorder, anxiety and panic disorders, phobias, post-traumatic stress disorder, rage — were tested first in animals, usually in lab mice. “Every single pill humans place into their mouths, every injection, every balm, every suppository, even — was first tested, developed, and refined using animals,” he notes. So if rodents respond like people do, why wouldn’t dogs, who are even closer to us genetically? And, to take the point to its logical conclusion, why shouldn’t we give dogs the same medicines we take to soothe our own psyches and help even out the imbalances that cause problems for those with disorders like Tourette’s syndrome, unbridled aggression, and other conditions that make societally acceptable behavior difficult?

One medicine
The idea that animals across species can take the same medicines to treat their brain-related conditions was developed at Tufts University under the umbrella concept of “One Medicine.” It’s why cross-collaboration between the Cummings School of Veterinary Medicine at Tufts and Tufts Medical School has always been encouraged.

Dr. Dodman’s book abounds with examples of animals who benefited from the same medicines people take to quell a condition that leads to behavioral difficulties. Most of the examples are about dogs, but other animals are represented, too.

In a case that leads up to perhaps the most affecting anecdote in the book, he talks about his participation in the discovery that horses, like humans, can suffer from Tourette’s syndrome. Whereas people might vocalize inappropriately and have large, involuntarily movements of the limbs, such as the sudden striking out with an arm or a leg, a horse might engage in flank biting, head shaking, snorting, vocalizing with harrumphing sounds, and other parallel behaviors.

It took a while for veterinary researchers to figure it out. But then the picture became clearer: the condition in people occurs mostly in males, as does the equine counterpart; arises in children at around the age of seven, which is the equivalent of 18 months in a horse and the age at which they start to exhibit symptoms; and so on.

Through trial and error, Dr. Dodman and colleagues then tested different drugs on afflicted horses, which had varying degrees of success in quelling their unfortunate symptoms, drugs that in some cases have already been used in people and in others could now be tested in people with the same condition.

During the research, a film crew working with a national magazine came to shoot the horses in the throes of the condition, and it turned out the film director had Tourette’s, too. He told Dr. Dodman that when two people who have Tourette’s syndrome meet, there’s a moment of recognition between them that works to calm them temporarily. Dr. Dodman then told the director he’d noticed that when two horses with Tourette’s pass each other in the stable, they pause and touch noses and that the greeting seems to calm them, too. It’s like an acknowledgment that they both suffer from the same condition.

With that, the film director walked over to one of the horses in the study and put his face to the bars of the animal’s stall. The horse, normally fretful and engaging in jangly body behavior nonstop, wandered over to him and breathed on him, which is a horse’s way of getting to know another horse. The director and the horse then peacefully investigated each other, “with not a tic or grunt to be seen or heard from either,” Dr. Dodman notes.

While that’s a startlingly telling example of the mental similarities that exist between people and other animals, Pets On the Couch has myriad stories of animals, mostly dogs but also birds, cats, and other species, with one or another ailment that had a psychological component. Once the illness was identified and properly treated, the animal was no longer a behavior problem but a companionable pet who through no fault of his or her own had been acting out and needed help.

You no doubt already know your pet’s a sentient being, one who can feel love, jealousy, and the rest of the spectrum of emotions. This book puts any disbelief to rest once and for all — beautifully, and with compassion.