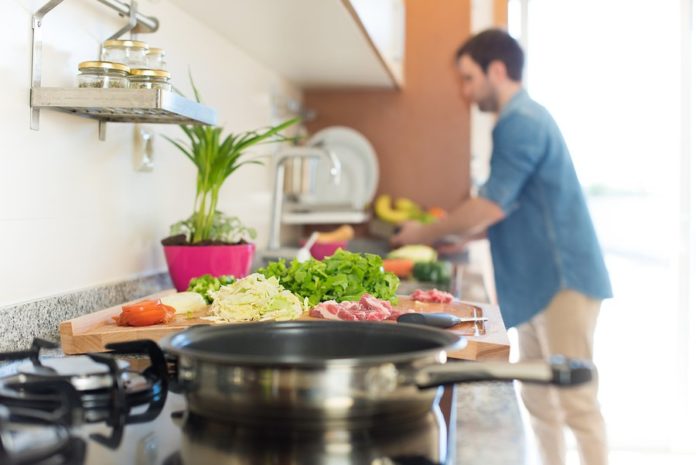 There are a number of good reasons not to feed your dog home-cooked meals. One is a preponderance of evidence in published research studies that fully 95 percent of the popular recipes for dog foods offered in books, on the Internet, by breeders, and by other popular sources are nutritionally inadequate and imbalanced. Indeed, there have been a number of case reports of dogs needing to be treated clinically because of nutritional deficiencies resulting from improperly formulated homemade diets fed on a regular basis.

In addition, homemade diets, unlike dog food made by large companies, are not commonly tested for nutrient content after preparation, nor are they put to the test in standardized feeding trials.

Nonetheless, some people prefer to prepare their dog’s food rather than buy ready-made kibble. They may distrust commercial pet foods despite the lack of evidence to support the notion that home-cooked meals are superior to them. In other instances, people have a dog with a medical condition whose severity can be controlled with strict control of ingredients.

That was the reason most people surveyed by veterinary nutritionists at Tufts had switched to a homemade diet. Their dog had a medical condition for which a board-certified veterinary nutritionist formulated a recipe for making meals at home. Conditions included everything from kidney disease to dermatologic problems, cardiac or liver disease, pancreatitis, seizures, and diabetes.

Unlike homemade recipes for diets found in the popular media, the recipes put together by the highly trained vets were nutritionally adequate for each dog treated, intended to optimize their health by optimizing their nutrition status. But even so, many of the dogs were not being fed the diets prescribed. Why not?

For the most part, their owners were not following the recipe directions closely enough. The rate of exact adherence was only 13 percent — only about one in every seven dogs. The reasons for this “diet drift,” as the Tufts veterinary researchers called it: everything from lack of adherence to prescribed portion sizes to changes in dietary fats to omissions of a vitamin/mineral supplement that completely changed the nutritional profile of the food being fed. Sometimes owners substituted ingredients that would significantly alter the food’s nutrient profile. The results of the Tufts research were published in the Journal of Small Animal Practice.

It should be noted that some people stopped feeding their dogs a homemade diet altogether even though they had gone through the trouble of having one developed by a veterinary nutritionist. They cited the time and effort involved; the dog’s dislike of the diet; and their own sensory response during food preparation, namely, not liking the odor of the meals they were preparing.

It’s not a small matter. The practice of feeding homemade diets to canine loved ones appears to be increasing among pet owners.

Take away points
If you are determined to feed your dog a homemade diet, obtain the recipe for that diet only from a board-certified veterinary nutritionist. Though we create complete and balanced food for ourselves, it is much harder to do that for our dogs.

Be sure to follow the recipe carefully. Five ounces of dark-meat chicken — a carefully calibrated amount — is not the same as a chicken thigh, or two.

If your dog’s health status changes, go back to the veterinary nutritionist to see if concomitant changes need to be made to the diet to address the newer health profile. Don’t assume everything can remain the same because your pet seems fine. Adult dogs may not manifest clinical signs until nutrient deficiencies are very severe. You don’t want to let the onset of frank illness to be your guide. By then, some irreparable damage may have been done.

Finally, don’t underestimate the amount of work involved in preparing your dog’s meals. There’s not just the time in the kitchen but also time in the grocery store. The commitment is considerable, and the return on “investment” may be negligible compared to feeding a diet off the shelf that your veterinarian can help you select.