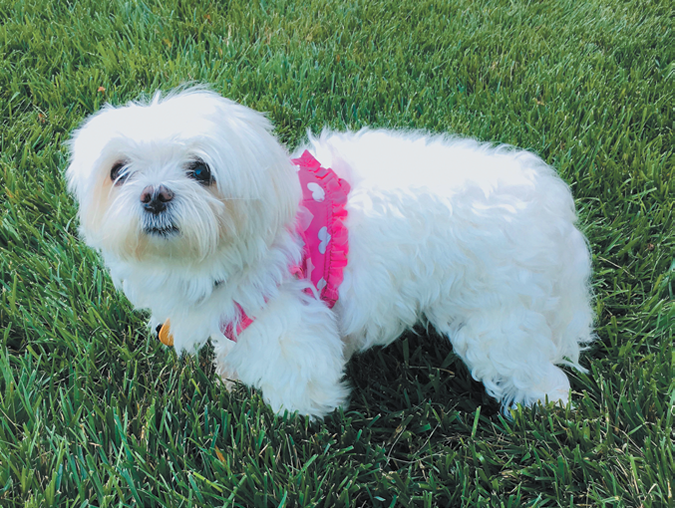 Q. My 9-year old Maltese, Maggie, has had a droopy tail for a few months. She is also very protective of her “rear” and tail area and yipes occasionally when touched there, or even sometimes when I pick her up. She also suffers from low-grade kidney disease, for which she has been taking benazepril and aluminum hydroxide. Aside from the droopy tail and yiping, her activity level is normal. She still jumps, runs, eats, poops, and urinates fine. Her anal glands were cleared, and she had a rectal exam. My vet felt it may be a nerve issue and prescribed gabapentin. So far, no change. Any thoughts?

A. It sounds like Maggie may have suffered some sort of trauma that is causing tail pain, which is probably the reason she does not want to be touched in that area. Another possibility is that a tumor could be causing pain in the area. Her kidney disease wouldn’t have anything to do with it, and the gabapentin won’t clear things up. It’s a strong analgesic that can minimize pain but won’t get to the root cause.

“I would suggest that she see a vet for an exam and possible x-rays,” says Your Dog editor-in-chief, John Berg, DVM. Once the problem is diagnosed, it can be treated, and Maggie should be out of pain.