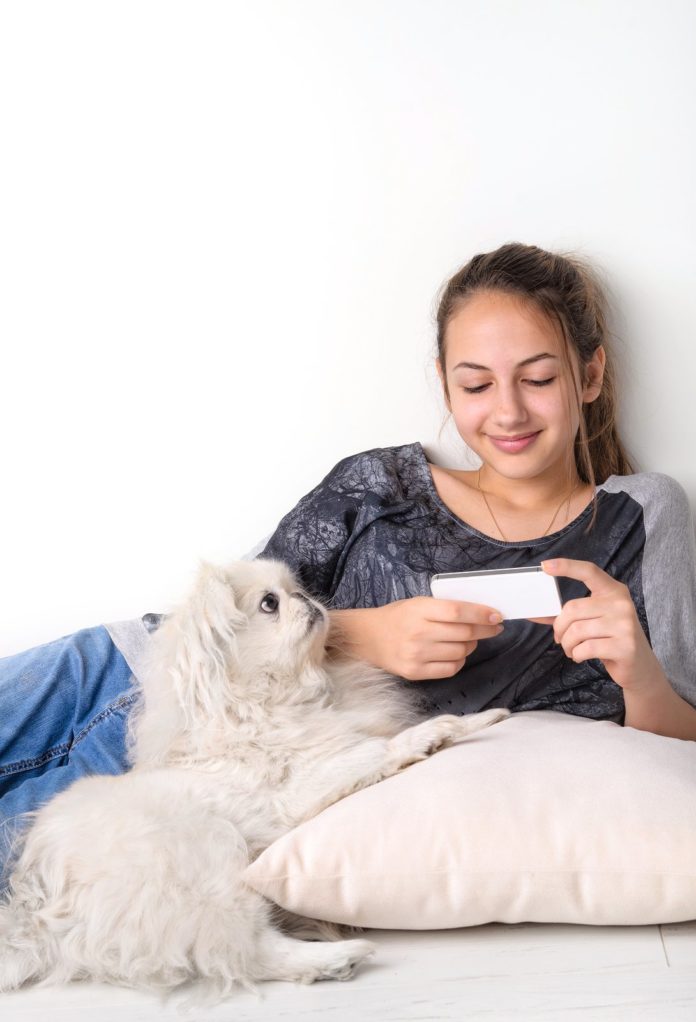 “It’s tempting,” she comments, right there at your fingertips. “It’s free,” she adds. “And it seems spot on. ‘My dog is limping — how can I get her through this without a visit to the vet? Ah, here’s the answer.'”

The problem, Dr. Karas says, is that not even the best pet-related sites on the Internet can walk you through how to take care of your own particular dog with his own particular circumstances. There are just too many variables. The issue gets particularly serious when it comes to dispensing drugs. Different dogs have different vulnerabilities when it comes to medications that websites often don’t account for. In addition, a website may not adequately explain the caveats involved in giving a dog a certain drug, and there is no recourse if your dog has a problem following the application of Internet wisdom. No one is held responsible to report or treat adverse effects.

A case in point: Dr. Karas had a client whose dog started to limp. The client was in the human healthcare field so felt she had a leg up on medical issues for her pet. The woman thought, “‘Maybe I can give him aspirin.'”

Sure enough, she found a website that talked about how aspirin worked in dogs. And “it all looked very veterinary,” Dr. Karas remarks, “telling how much to administer per your dog’s weight.” But it never said aspirin could lead to severe stomach bleeding in dogs, even in some cases to the point of causing perforation of the stomach that leads to death.

Without that warning, the woman started giving her dog higher doses of aspirin when the lower dose didn’t seem to be doing anything to ease the limping. That’s when the dog stopped eating and started having diarrhea, which prompted a visit to Dr. Karas that ended the home-grown aspirin regimen.

“Can aspirin be used in dogs?” Dr. Karas asks rhetorically. “It can. Are there safer and more effective drugs out there depending on the condition? Yes. Paradoxically, this dog was lucky to have only a bout of diarrhea. “It was a warning that the aspirin was irritating her GI tract, perhaps on the way to causing a severe GI ulcer that might have been extremely serious,” the doctor remarks.

“Aspirin is a pretty harsh pain reliever,” she adds, yet doesn’t necessarily fix what ails a pet. “What ends up happening in a lot of cases,” she says, “is that somebody gives their dog aspirin and ends up coming to see the vet either because the dog is not doing better, is developing new, untoward symptoms, or both. To make matters worse, if you have been giving your dog aspirin, the animal shouldn’t be switched to another nonsteroidal anti-inflammatory drug, [NSAID] for seven days. So the dog has to wait to be treated effectively for whatever was wrong in the first place.”

Other ways in which the Internet can offer a bum medication consult
“Some people, even after going to see the veterinarian with their dog, end up believing what Dr. Google says instead and end up following the online advice of someone whose qualifications they can’t verify and who can’t help them if the dog has adverse events,” Dr. Karas says. “I once saw a sweet little dog for pain,” she recounts “and prescribed some gabapentin for relief. It’s a really safe drug. The dog’s owners took the prescription and then went home and Googled it.” Specifically, “they went to a website on drugs for people, which gave a list of things that might go wrong — like those ads on television that say a drug can do everything from turning you purple to killing you.

“After the couple read the list, they said, ‘we don’t want to use gabapentin because it can cause falls.’

“In elderly humans, that’s a problem,” Dr. Karas says. “In a dog that’s 18 inches off the floor, falling is not that big of a risk. Still they wouldn’t let the dog have the pain reliever. This has happened on multiple occasions. People look up the drug and find out the warnings for people and then are not willing to treat their dog with it.

“Their actions are well-intentioned, but the dog ends up not getting the medicine she needs, either to feel better or to get better.” What gets lost is that diseases and conditions can threaten a dog’s health, or things like chronic pain make them have poor quality of life. Medications that offer reasonable safety can and should be used when the risk is worth it to the dog.

“With another client,” says Dr. Karas, “it was a little bit of a battle getting them to give their dog the medication she needed because the owners couldn’t interpret the disclaimers. In this case, one of them was, ‘this medication has been shown to cause bed-wetting.’ The owners took one look at that and said, ‘Oh my, that’s horrible.’ What they didn’t realize is that if someone says, ‘I just took this drug, and then I saw angels’ and reports it to the manufacturer, it has to be disclosed. But just because there’s an association between the drug and a reaction, it doesn’t mean the drug caused the reaction. They might be entirely unrelated to each other.”

Of course, when there is real evidence that a drug can cause a certain side effect, the public has a right to know, Dr. Karas says. She uses the anti-inflammatory drug carprofen (Rimadyl) as an example. “Carprofen has been administered to countless dogs and has proven to be reasonably safe,” the doctor reports. “But over the years, there were some reports of rare, idiosyncratic liver toxicity, meaning that nobody knows why it happens, but it showed up here and there. Due diligence then went into effect. The company that makes the drug reported it. There was peer review of scientific articles that investigated the drug. And the Center for Veterinary Medicine, a branch of the Food and Drug Administration that approves the safety and effectiveness of drugs and dosages, considered the reports from the public about adverse effects. That is, the whole system has an infrastructure, which also requires veterinarians to take a certain amount of continuing education each year to remain current.”

The bottom line: with this system in place, people learned there’s a slight risk to the liver associated with giving a dog that particular substance. But your vet will put it into perspective, making sure to tell you when prescribing this type of drug that you should stop giving it if you notice certain signs — but also that in nearly all situations the adverse effects can be treated and are not fatal. That’s a lot different from something a single person decides to post on the Internet.

Still, when the news came out that in very rare cases carprofen can spell trouble for a dog, “people made websites and Facebook pages saying things like ‘Rimadyl killed my dog; it’s lethal,’ without any evidence that carprofen did their dog in. Combined with scientific evidence taken out of context, that really scares people off,” Dr. Karas says. “The sad thing is that carprofen takes a lot of dogs out of pain, usually arthritis or surgical pain.

“Can carprofen kill an animal?” Dr. Karas asks rhetorically. “Well, if a dog gets an ulcer, perhaps taking it can lead to a gastric perforation that could cause death.” But before a pet owner can blame a drug for the death of a dog, it needs to be determined what other drugs the dog was on, if any. Sometimes it’s two or more drugs together that cause a problem. And nearly all drugs have some potential adverse effects, maybe sometimes more so in combination, which is why a knowledgeable prescriber should be involved.

“Dr. Google will frequently not make it clear enough what drugs a particular drug should not be given in combination with,” Dr. Karas says. Pet owners end up creating what amount to volatile chemical reactions inside a dog’s body. “People frequently don’t even mention what they’re giving their dogs over the counter when the veterinarian gets a history from them in the office,” she remarks. They may be even less likely to go through the list of what they’re administering to their dog in the privacy of their own home — and then less likely still to look up possible adverse drug-drug interactions.

Then, too, owners may not attribute telltale side effects to a drug they are giving. In the case of the dog whose owner said he died of carprofen, “did the owner possibly ignore the fact that the dog was vomiting while she was giving carprofen and keep giving the pills, anyway?” Dr. Karas wonders. “That could play into life-and-death outcomes.”

Dr. Karas is all for people bringing concerns to their veterinarians to get at the truth about what is right for their dog. “It’s more than reasonable to speak with a veterinary health professional who can verify or dispute things you read online,” she says. “But it’s ludicrous to go with something a website says when there’s no indication of its qualifications for making the statements it does. So much better to call your vet and say, ‘I saw this and now I’m afraid.’ Or ‘I think I should give this substance I found online. What do you think?’

“Again, a veterinarian can put things into perspective. If there is a risk, she’ll be able to put the risk for your own pet into context. Maybe the risk is too great to take; maybe it’s minuscule compared to the benefit of giving the drug. You need someone who has actually examined your dog to clinch that determination.

“I do recommend certain Internet sites to clients so they can learn about various conditions or diseases in a general way,” Dr. Karas comments. “Some people like to understand the disease process their dog is going through, and that kind of education is fine. But the Internet should not be used to prescribe — or un-prescribe — x amount of y drug for any particular pet.” There’s just too much Russian roulette in that.