Q:My 12-year-old Scottish terrier, who has been ill for over a year, received a diagnosis of Cushing’s Disease in the spring. Her doctor did not prescribe any pharmaceuticals for her. Is there a homeopathic treatment available that will lessen her symptoms?

Dear Ms. Lehman,
We are happy to be able to tell you that Cushing’s disease, a common syndrome of older dogs, is very treatable, with effective drugs (or surgery) that completely dispel the symptoms.

As your dog has been ill for more than a year, you are no doubt familiar with these symptoms: changes in skin that make it kind of papery, a loss of hair, a drop in energy, and drinking more water than usual. They occur because of the release of too much of the hormone cortisol, the body’s natural steroid. Why the excess cortisol secretion? Usually, the cause is a small tumor in the pituitary gland, which sits at the base of the brain. The pituitary normally tells the adrenal glands (one in front of each kidney) to secrete cortisol, but a tumor in the pituitary causes overstimulation of the adrenals. Less commonly, the release of too much cortisol occurs because of a tumor in an adrenal gland itself.

All the excess cortisol of Cushing’s syndrome stops production of new follicle growth, which is why dogs with the condition end up with a very sparse coat of hair. They also suffer increased panting and a pot belly. The pot belly happens because Cushing’s causes the muscles to atrophy — the muscles in the abdomen no longer hold in all the organs as tightly, so they push the belly outward.

Not treating Cushing’s is most definitely a bad idea. In one study, almost half of dogs untreated for Cushing’s died of complications. Among those complications are blood clots that cause strokes or affect the lungs. Another complication is a tendency to develop severe infections. It makes sense when you consider that cortisol is immunosuppressive. Too much of it, and the body’s immune system may not be able to mount a defense against even relatively minor infections.

Fortunately, the cure is simple and straightforward. If it’s the pituitary gland that’s causing the problem, it can be treated with drugs. The two most commonly used drugs are mitotane (Lysodren) and trilostane (Vetoryl).

If the tumor causing the Cushing’s disease is in an adrenal gland, surgery is often called for, although medications can be used in some of those cases, too.

It should be noted that for either of the drugs, sometimes treatment can overshoot the mark, and the adrenal glands become underactive rather than overactive. The life-threatening clinical signs of underactive adrenal glands include severe vomiting and diarrhea, seizures, and weakness. But that shouldn’t scare you — or your veterinarian. In starting either of the two drugs, he can monitor your dog very closely over the first several months to make sure the dose is just right. It takes several months for a dog with Cushing’s to get completely back to normal, but even before that, the dog starts to do so much better.

The bottom line: there are traditional medicines for Cushing’s disease that are proven to be effective, and you don’t need to consider homeopathic remedies. Please show this Q&A to your dog’s doctor, and let us know how things turn out. 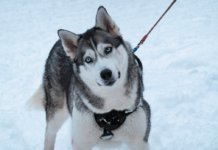