Home DOG HEALTH AND MEDICINE How Worried Should You Be About Those Lumps and Bumps on Your...
Print
Email
Facebook
Twitter 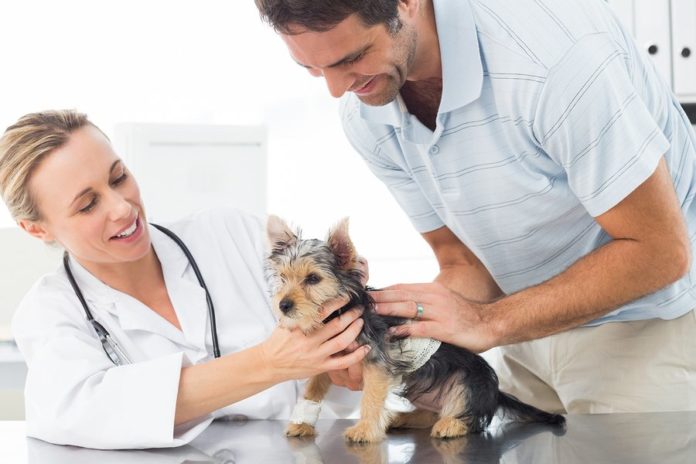 “A common scenario we encounter is that an owner notices a bump on his dog, lives in fear that the dog has cancer, assumes cancer equals death, and doesn’t bring the dog in because he’s afraid to get the bad news. By the time the dog is brought to us, the bump is so big that it’s difficult, if not impossible, to remove successfully. Just the other day we saw a dog with a softball-size mass overlying the pelvic area. If he had been brought in while the bump was still the size of a pea, we probably could have cured it. Now it’s going to be very difficult to treat. We’ve biopsied a tissue sample and sent it out for analysis to see what we’re dealing with. The worst mistake you can make is to watch the thing grow and grow.”

So says Tufts surgeon and Your Dog editor-in-chief John Berg, DVM, much of whose stock in trade is dealing with unwanted masses on and in dogs’ bodies. “Probably the most common thing I see on appointments is pets with bumps,” he says. “They are one of the foremost reasons dogs are brought to the vet.”

Is the lump on your dog large?

Even if a bump is found to be cancerous, that does not mean your dog is going to die from it. The majority of cancerous masses on the surface of a dog’s body are non-metastatic — meaning they won’t spread — and are not fatal — as long as they are treated without undue delay.

“What makes a mass cancerous is its ability to metastasize to distant sites in the body or invade tissue locally,” Dr. Berg explains. “Many of the lumps we see on the surface of the body, either in or under the skin, are by definition cancerous by virtue of being locally invasive, but that doesn’t mean they’re going to spread and be fatal.” You do have to remove the cancerous mass, he says, or it can end up destroying the healthy tissue it invades and thereby become life-threatening. But it’s not like the cancer cells are necessarily going to spread quickly to a vital organ like the lungs, as do many other canine cancers.

Because of the relatively small chance that a bump is not benign, Dr. Berg advises that anything a centimeter or larger in diameter (roughly a quarter of an inch) is reason enough to take your dog to the vet, who will undergo a systematic evaluation.

A vet’s examination of potential tumors:

“The first thing a veterinarian will do is ask for a little bit of history,” Dr. Berg says. “What we’re trying to gather is whether the bump has been growing imperceptibly or not at all; slowly; rapidly; or somewhere in between. As a general rule, if the bump hasn’t really increased in size over a one- to two-year period, we’re done with the exam right then. It’s very unlikely to be anything serious, and we tell the owner to continue to watch it — because in the unlikely event that it suddenly begins to grow more quickly, or bother your dog, or ulcerate and bleed, we need to see it again.

“If, on the other hand, the bump is growing somewhat rapidly or it’s not clear how fast because the owner just discovered it yesterday, we need to make sure it’s not cancerous. Extremely slow growth is highly unlikely to be indicative of cancer.

“To better understand the nature of a fast- or moderately fast-growing bump, we take an aspirate in the exam room with the owner right there. We simply pass a needle into the bump and aspirate some cells with a syringe. It doesn’t require anesthesia or even sedation, and the vet can usually look at the aspirate under a microscope with the owner present.”

Two common kinds of lumps and bumps are easily diagnosed with a needle aspirate.

Lipoma. A lipoma is a benign fatty tumor that occurs under the skin.

Mast cell tumor. This is a type of cancer that occurs either in or beneath the skin. It is one of the most common canine cancers.

In rare instances, Dr. Berg says, the veterinarian will recommend a biopsy in addition to a needle aspirate, meaning taking an actual (small) piece of tissue (while the dog is under general anesthesia) that gets sent to a pathology lab with results returned in a few days. One of those instances might be a very large mass that the doctor suspects might be malignant or difficult to remove and maybe even has some potential to spread to distant sites or to require radiation after surgical removal. This helps an owner know in advance what he’s in for: perhaps radiation after the surgery to remove the mass, or maybe the knowledge that the dog has a type of cancer in or under the skin that can in fact metastasize.

A. Clearly benign and can simply be monitored. If the bump turns out to be a fatty lipoma, the usual approach is not to do anything. They are soft and not painful for the dog. “Some dogs are lipoma factories,” Dr. Berg says. “They’ll come in with five or 10 of them and maybe even get more over the years. But they will die with them, not of them. Only in unusual circumstances in which the lipoma is growing rapidly and making it hard for the dog to walk around — like under the ‘armpit’ of the front leg — will we remove it surgically. The trick for the owner is to keep an eye on a lipoma in an unusual place so it doesn’t grow so big that surgery becomes a major undertaking. Generally, though, even if the lipoma grows to the size of an orange, you can leave it be.”

Sebaceous adenomas are another type of benign bump in the skin that can be ignored. They, too, can be identified with a needle aspirate, although they are less common than lipomas or mast cell tumors. Sometimes, they can be diagnosed just on sight. Telltale signs are a small, soft or hard mass that may ulcerate or rupture and release a whitish, cheesy substance.

B. Not necessarily malignant but perhaps better off removed. As we said before, sometimes a benign lipoma needs to come off, not because it will invade healthy tissue but because it’s growing in a sensitive spot — the “armpit” or perhaps the groin — and will soon make walking or moving about in general difficult or painful.

There is also the rare case in which it’s not clear whether the bump is benign or malignant, but it’s small and is not growing, or is growing very slowly, so no immediate course of action is required. In those instances, the decision about what to do is predicated on what will bring the owner peace of mind.

“Some owners really can’t stand the fact that the dog has an abnormal bump,” Dr. Berg says. “So we say, ‘Okay, have it removed,’ and then they are happy to have it gone. For others, it’s a matter of wanting to avoid anesthesia and surgery and leaving their dog in the hospital. That’s fine, too, as long as the owner agrees to monitor the bump regularly and consistently and bring the dog back if it grows significantly. Within this grey area, it’s whatever affords the greatest piece of mind.”

C. Clearly malignant and must be excised. If upon needle aspiration the bump turns out to be mast cell cancer, or if a biopsy shows cancer or if the bump’s history is highly suggestive of cancer — known, rapid growth; ulceration through the skin and bleeding; or fixed in one spot rather than moving around beneath the skin — then “we always recommend surgical removal,” says Dr. Berg. “We would never recommend a wait-and-see approach for a known cancer or one highly suspicious for malignancy.”

Fortunately, he says, the vast majority of operations to remove cancerous or suspected cancerous bumps are “simple surgeries. But we occasionally see malignancies that require a more complicated operation. They have a tendency to occur on the lower part of the limb, what we call the ‘distal limb’ in medical-ese. These are challenging to remove because there’s not much skin down there. So once we remove the mass, it’s hard to close the skin over the spot. It’s like skin around your wrist — tight, not much extra. That makes it difficult to get good margins around the bump — to cut it out with as wide a margin of extra tissue as possible to make sure you’re getting all the malignant cells. The more you cut, the more you’re trying to stretch skin once the surgery’s over.” In other words, a small malignancy that would be easy to remove on a dog’s flank, with lots of folds in the skin, might present a very difficult problem on the lower leg.

“Sometimes, in those cases, we’ll recommend amputation,” Dr. Berg says. It’s often traumatic for the owner but not for the dog. Dogs don’t care about their appearance and can also get around quite well on three legs (unless they are heavyset giant breeds like Saint Bernards or Newfoundlands).

As an alternative, the doctor might perform surgery and follow it up with radiation therapy to kill any cancer cells that may remain locally because of the too-close margins. And there are some instances in which the doctor will operate and simply wait to see if the tumor grows back. Whatever the treatment of choice, malignant masses on a lower limb require special handling and consideration.

A tumor in an awkward location requires special handling, too. “If a mass is near the eye, for example,” Dr. Berg says, “or anywhere else on the dog where there is not a lot of loose skin, you cannot get wide margins around the tumor without the difficulty of closing up the site afterwards.”

Rest assured, however, that such cases are very much the exception. Most bumps are in very treatable areas of the dog’s body, so if you find one, go to your vet. “The worst mistake you can make is to watch it grow and grow and grow,” Dr. Berg says. “People watch it grow from very small to the size of a grapefruit. That turns a simple procedure into a potentially dangerous situation.”