Home DOG HEALTH AND MEDICINE If My Dog Isnt Sick, Why Does He Need Medicine to...
Print
Email
Facebook
Twitter 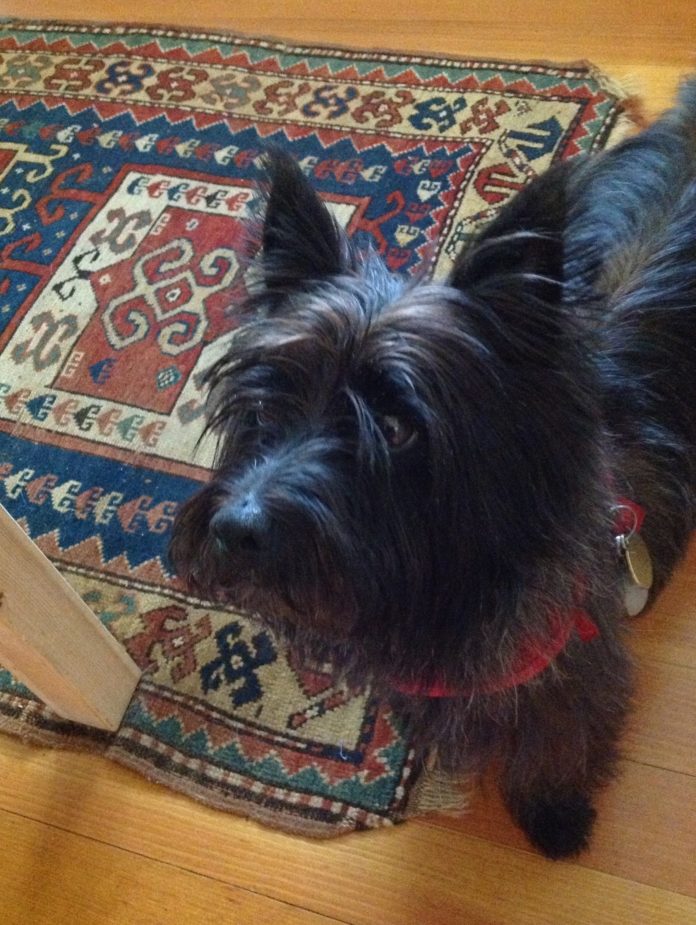 Janice Smyth of Newport, Rhode Island, is confused. “My Cairn terrier doesn’t appear sick,” she says. “He has a good appetite and goes on his walks. But every year, my veterinarian orders an annual routine blood test for tick-borne disease, and twice, even though Shorty is regularly given a tick preventative, he has tested positive for antibodies to the tick-borne disease ehrlichiosis. The doctor treats with a 28-day prescription for doxycycline. Do you think the antibiotic treatment is necessary given that by all accounts, Shorty is not actually suffering from ehrlichiosis?”

Ms. Smyth, that’s a really good question and one asked by a lot of our readers.

The answer, says Tufts small animal veterinary internist Michael Stone, DVM, DACVIM, is that “treatment of dogs who test positive for antibodies against ehrlichiosis is controversial.” But before we get into the gray area, just what is ehrlichiosis?

Ehrlichiosis is one of three types of tick-borne disease that affects dogs. The other two are anaplasmosis and Lyme disease. The type of tick determines the type of infection, although clinical signs of all three illnesses overlap and generally include lack of appetite, listnesses, fever, and lameness resulting from joint pain/inflammation.

Lyme disease and anaplasmosis tend to occur in the same areas of the country — the northeast, Wisconsin, and parts of California — due to the similarity in the tick populations in those regions. But they can occur anywhere — and have.

Ehrlichiosis, particularly an especially dangerous kind that comes from a specific type of Ehrlichia known as E. canis, is more common in the southwest and along the Gulf Coast. But as the case of Shorty in Rhode Island attests, infection with Ehrlichia, a kind of cross between bacteria and viruses, too, can strike anywhere.

Checking for tick-borne disease involves a routine blood test for antibodies to these illnesses during wellness visits. But — and here’s where all the confusion comes in — testing positive for the presence of antibodies to tick-borne disease “does not indicate that the organism is causing, or will ever cause, illness,” Dr. Stone relates. In fact, he says, even if a dog is found to be sick from a tick infection and is subsequently treated, “antibodies may persist for years.” It doesn’t mean the dog has remained sick. On the contrary, the typical course of treatment for a dog who is truly sick with a tick-borne infection — 28 days of the antibiotic doxycycline — usually makes the pet start to feel much better with 48 hours.

More telling still, many, if not most, dogs who test positive for antibodies to tick-borne disease never become sick in the first place. They are simply carriers and do not ever require treatment with antibiotics.

If a veterinarian gets back a positive blood test for antibodies to a tick infection and the dog is experiencing symptoms that are consistent with tick-borne illness, he or she will likely conduct other tests, including a complete blood count, or CBC; a chemistry panel; and a urinalysis — and begin treatment. If however the dog is showing no signs of illness, and if the results of laboratory tests come back normal, treatment with antibiotics should probably not be recommended, the presence of antibodies to tick infection in the blood notwithstanding.

It is all to the good that Ms. Smyth regularly administers anti-tick preventatives to Shorty. That is critical, as even though it is clear he has been infected (perhaps before he came into her care), he could become reinfected if bitten by a tick a second time, and there’s no guarantee that the second tick bite won’t cause actual illness. Antibodies in the blood do not confer automatic immunity.

What About Test Results for Heartworm Disease?

During a routine annual or semi-annual wellness visit, dogs are commonly
tested not only for antibodies to tick-borne illnesses but also for heartworm
disease. While testing positive for tick-borne diseases does not automatically mean treatment ls called for, when a heartworm test comes back positive, treatment should be instituted without fail.

Heartworm disease, reported in all 50 states, occurs from the bite of an
infected mosquito. Heartworms can then lodge in a dog’s heart, lungs,
and surrounding blood vessels and can grow up to 12 inches in length. A
dog may be infected by up to 250 heartworms at a time, causing coughing and reduced exercise tolerance, and sometimes, repeated passing
out. The cure consists of being injected two or three times with a drug
that kills the worms. While recuperating, the dog must take it easy.