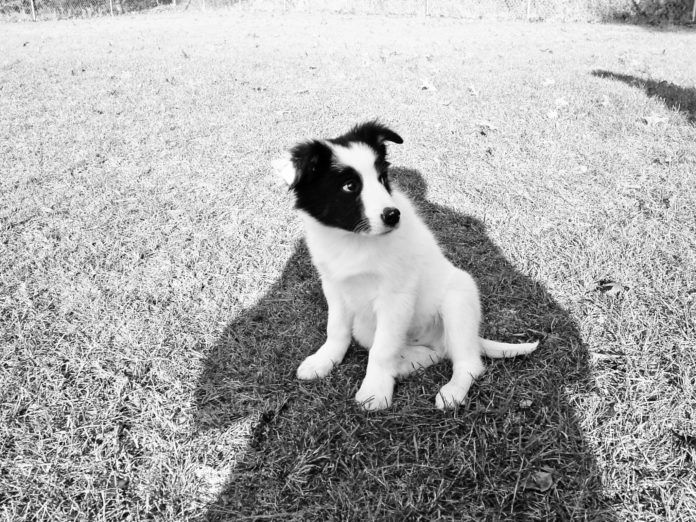 “I have good news,” Tufts veterinarian Orla Mahony said to Michael Shayer. Mr. Shayer needed some good news right about then. He had brought his 18-month-old border collie, Jedi, to our Foster Hospital for Small Animals on an emergency basis. Frisbee show athlete Jedi “wasn’t himself,” Mr. Shayer says. “He stopped eating, like, all of a sudden. He had lethargy.”

Mr. Shayer and his wife, Robin, had first taken Jedi to their local veterinarian in Rhode Island, hoping the problem was something minor. It wasn’t. When some blood work came back, the doctor said the results were consistent with Addison’s disease. “I would bring him to Tufts if I were you,” the vet said. So the Shayers made the drive to our campus in Grafton, Massachusetts, where their dog was given a test specifically to see if he had Addison’s, and it turned out he did. That’s when Dr. Mahony spoke to the Shayers about their dog’s good prognosis.

What is Addison’s Disease?

In the July issue, we talked about Cushing’s disease, a condition in which the adrenal glands secrete too much cortisol, a steroid hormone sometimes called the fight-or-flight hormone that is involved in stress reactions. “Addison’s is the opposite of Cushing’s,” explains Dr. Mahony, who is board-certified in internal medicine. “There is too little secretion of cortisol.”

But with this disease, there’s another problem as well — too little secretion of the hormone aldosterone. Aldosterone helps the body retain sodium and excrete potassium, two electrolytes whose proper ratio is critical for proper neuromuscular function.

Both cortisol and aldosterone are secreted by the adrenal glands, each one of which sits in front of a kidney. Why they stop working to send out enough of the two hormones is not clear. “We think with most dogs it has something to do with autoimmune destruction of the adrenal glands,” Dr. Mahony says. That is, the dog’s body attacks its own adrenal tissue and kills it.

Whatever the cause of Addison’s, young and middle-aged dogs, like one-and-a-half-year-old Jedi, are the most likely to be affected. There are also some breeds for which there appears to be a genetic predisposition. “Standard poodles are the big ones that come to mind,” Dr. Mahony says, but also “wheaten terriers, Leonbergers, and Nova Scotia duck tolling retrievers.” But as border collie Jedi’s case makes clear, any breed is potentially susceptible.

The signs of Addison’s disease are non-specific, meaning they can be signs of any number of conditions. Along with loss of appetite and lethargy, they may include vomiting, abdominal pain on a physical exam, a history of increased thirst and urination, and, if severe enough, shock or seizures. The shock results from the decreased sodium. Without enough sodium, the body can’t hold onto water so overall circulation of blood and other bodily fluids “contracts” and begins to shut down organ systems. Seizures are sometimes seen because Addison’s disease can wreak havoc with blood sugar levels. Cortisol is critical for blood sugar regulation.

While not an altogether common disease, Addison’s couldn’t be called uncommon, either. “At Tufts we probably diagnose about two cases a month,” Dr. Mahony says.

At home, a dog owner simply may not see the symptoms Dr. Mahony describes. He may also see them wax and wane, which can delay going to the veterinarian for help. Consider, for instance, that because Addison’s is characterized in part by a deficit of cortisol, the signs can be stress related. If a dog is under stress, either emotional or physical, his Addison’s is going to get worse because stress requires the secretion of more cortisol than usual, which is only going to tax an already compromised system that isn’t secreting enough cortisol in the first place. Then, too, at first, the signs may not be severe enough for a visit to the vet; they may have a way of coming and going as the power of the adrenal glands to secrete cortisol “flickers.”

When an owner does take a dog to the vet for lethargy, vomiting, or any of the other non-specific signs, the doctor will draw blood for analysis. In those cases where Addison’s is the cause, you’ll usually see low sodium and high potassium concentrations, Dr. Mahony says. “Other changes you may see,” she relates, “are elevations in blood urea nitrogen and creatinine,” protein breakdown products.

Sometimes, Dr. Mahony says, “you don’t see any bad numbers, but you’re dealing with a breed susceptible to Addison’s and that has waxing and waning symptoms; or you’re providing supportive care that isn’t helping so the owner keeps bringing back the dog. In such cases, the disease should be suspected, too.

Any of these findings — low sodium and high potassium levels, untoward increases in blood urea nitrogen and creatinine, waxing and waning symptoms in the absence of telltale blood test results — should prompt what is known as the ACTH stimulation test. It is the only way to confirm the presence of Addison’s disease for certain. Consider that higher-than-normal levels of blood urea nitrogen and creatinine can also be indications of kidney disease. The vet has to be certain that it’s Addison’s that’s causing the problems and not something else. “A vet might think it’s kidney disease, but Addison’s is an important rule-out,” Dr. Mahony says.

With an ACTH stimulation test, the doctor measures the level of cortisol in the dog’s blood, then administers to him a synthetic version of ACTH, a hormone that is normally secreted by the pituitary at the base of the brain and which stimulates the adrenal glands to secrete cortisol. An hour later, the vet draws more blood to check cortisol levels once again. In a normal dog, giving artificial ACTH will cause the adrenal glands to respond by releasing more cortisol. But in an Addisonian dog, cortisol levels remain at baseline. That’s how the veterinarian knows for certain that Addison’s is what is causing all the serious symptoms; even an artificial surge of ACTH can’t get the adrenals to do their job.

By some estimates, as many as one in three cases of Addison’s disease is diagnosed as the result of a crisis. The dog is brought to the hospital in shock or having what seem like seizures. In such situations, he is immediately given intravenous fluids and perhaps some intravenous sugar if blood glucose is low. The fluid, generally a saline solution containing sodium but no potassium, is to gradually elevate sodium levels while decreasing blood potassium. “You want to correct sodium slowly,” Dr. Mahony says, “because rapid changes in sodium can lead to brain problems. If you normalize sodium very fast, it can cause parts of the brain to lose their myelin [which allows nerve impulses to be conducted] and lead to behavior abnormalities and perhaps abnormalities in the dog’s gait as well.”

The dog will also receive, if the ACTH test comes back positive, a shot of the synthetic form of cortisol. He will receive as well, within a day or so, the synthetic form of aldosterone, either as an injection or a tablet. He doesn’t need it immediately because of the saline solution replacing sodium. But he’s going to need to retain sodium over time, and the aldosterone boost is a start.

If the dog is brought in more like Jedi, sick but not at death’s door, he may or may not receive saline solution intravenously. But all Addisonian dogs, once stable, will be sent home with prescriptions for both prednisone, the drug form of cortisol, and mineralized hormone, which is the replacement for aldosterone.

Many dogs can be weaned off the prednisone eventually, Dr. Mahony says, or at least put on an extremely low dose. “The goal is to get a dog on the lowest dose possible,” she says, “because prednisone can have side effects such as increased thirst and urination, increased appetite, weight gain, skin changes, and elevated liver enzymes. The exception is any situation that would cause the dog stress, such as being boarded or hospitalized for an unrelated illness.” In those situations, a dog will require more prednisone than usual to mount a stress response that his body will not be able to mount on its own.

While an Addisonian dog can often be weaned, or partially weaned, from prednisone, the synthetic aldosterone is forever. The disease is fatal without it. And it’s generally not given orally like prednisone but is injected instead — once every 30 days. You can opt for a daily or twice-daily tablet, Dr. Mahony says. It’s an off-label use that was developed for people but “does work for dogs.” That said, Dr. Mahony shares that “in my opinion, the injectable often works better. It’s licensed for intramuscular injections,” she adds, “but a study has shown that it works subcutaneously, which is how we teach people to administer it here at Tufts. It’s less painful for the dog than an intramuscular shot and easier for owners because the needle goes just under the skin rather than down into the muscle.”

Mr. Shayer learned firsthand that the injections often work better than the pills. He had been giving Jedi synthetic aldosterone pills, but the dog was still having symptoms — including vomiting, which only made matters worse because he was also throwing up his prednisone. Putting a needle into his dog “was scary at first,” Mr. Shayer says, but not now.

As for prednisone, Jedi takes two prednisone pills a day. And now, at six years old, four and a half years after his diagnosis, “he is the best dog in the world,” Mr. Shayer says, “the most loving dog you could ever find. He has to get blood work three times a year and we have to keep his weight very stable — within a 3-pound range — because otherwise he could be getting too much medication or not enough. But other than that, his life is as normal as could be. His energy level is there; his appetite is there. He does get a little more excited when he sees people than he used to. And if a stranger comes into the house, his jaws might chatter for 30 seconds. But that could even just be a border collie thing. Border collies are very intense.”

The cherry on top of Jedi’s good health, Mr. Shayer says, is that he still enjoys performing in Frisbee shows. “He goes out with 1,200, 1,500, people watching and does a show as well as any of my other dogs.”