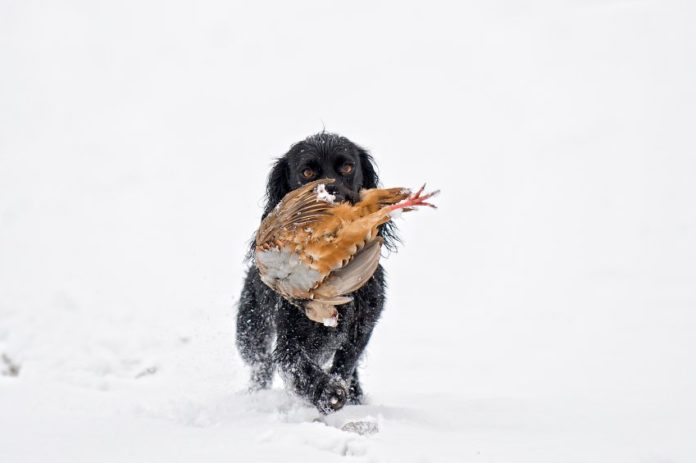 You already know that washing your hands and your dirty dinnerware lessens your chances of transmitting contagious germs — both to yourself by insuring that you don’t inadvertently put an unclean hand to your mouth — and also to others. But did you know that keeping your dog’s eating utensils and bedding clean can provide the same benefit for you — and your pet? That’s right. Harmful pathogens that can compromise your dog’s health are capable of spreading between you and your canine companion, too. Fortunately, although you can’t make these ever-present risks non-existent, you can reduce the potential for harm to you and your dog not only by practicing good hygiene but also by adhering to your veterinarian’s advice regarding your dog’s vaccines and medications. It’s a two-fer: keeping yourself and your animal friend safe all with one effort.

Diseases that can be transmitted between animals and humans are termed zoonotic diseases, and are a surprisingly ubiquitous danger. An estimated six out of every 10 infectious diseases in people is caused by exposure to animals who were, themselves, exposed to parasites, fungi, bacteria, and viruses. What’s more, the northeastern United States, along with Brazil, Western Europe, and some of Southeast Asia, is an area of “emerging zoonoses,” according to an updated global map in the journal Nature. It’s a problem of growing significance. Check out the list of illnesses from which good, clean living — vacuuming and other sanitation measures in addition to such treatments as flea and tick medications — can keep you and your pet protected.

Roundworms (Toxocara canis) Roundworms, microscopic round-shaped parasites that take up residence in your dog’s intestine, survive on his partially digested food. When stretched to full length once found in your infected dog’s feces or vomit, the spaghetti-strand worms can measure up to seven inches. Roundworms, which occur throughout the United States, can be spread to your dog via the ingestion of earthworms, birds or roaches, or by directly ingesting the feces of an infected dog.

Once ingested, the roundworm matures inside your pet’s system, eventually making its way through to his digestive tract. The parasites pose a risk throughout your dog’s body and can even be transferred to puppies in utero. Symptoms include a fullness in the belly, diarrhea, and in puppies, stunted growth.

Contamination from animal to person most commonly occurs after an afternoon of gardening or playtime in the sandbox that isn’t followed by a serious hand scrubbing — not just on the surface but also under the nails. The sticky eggs, often deposited in large numbers in soil where dogs or other infected animals have defecated, may end up ingested after a simple swipe of your or a toddler’s fingers near the mouth or by eating without having first washed hands and nails. It’s a simple hygiene ritual that many of the three to six million people, mostly children, infected annually with Toxocara in the United States, most likely skipped.

Visceral larva migras is the scientific term for what occurs as larvae from ingested Toxocara eggs make their way through the human body, potentially inflaming and damaging organs such as the lungs, liver, and brain. Symptoms may include intermittent fever, weight loss, disinterest in eating, a lingering cough, respiratory problems, and pneumonia. The larvae may even cause vision loss or outright blindness if they make their way to the eyes, a more common problem in children referred to as “ocular larva migrans.”

Tapeworms (Dipylidium caninum) These flat intestinal worms hook onto the wall of your dog’s small intestine with their mouths. The worms are made up of small segments that, all together, may measure to eight inches in length. The segments, or proglottids, pass through your dog when he defecates and will appear like small grains of rice. They may also be detected on the hairs near his anus after defecation. The segments release fertilized eggs after breaking open, though dogs do not develop tapeworm through ingesting another contaminated dog’s feces. Instead, it is spread to your dog from ingesting an infected flea. (More on fleas in a minute.)

An indication that your dog has become infected with tapeworm may be persistent scooting — your dog lowers his rear to the carpet and drags himself forward. Infection is most risky for puppies, who may suffer from anemia, blockage of the intestines, and a failure to grow.

You aren’t likely to get tapeworm from your dog. You can get it from swallowing an infected flea, just like a dog can — something that has been reported in children who might suffer symptoms like diarrhea, weakness, and weight loss. Then why are we mentioning it in an article about dog-to-human transmission of disease? Keeping up with an anti-flea medication regimen for your dog helps manage flea control in your home, as does vacuuming throughout the house and your pet’s bedding area. Both your kids and your dog will be protected at the same time from transmission of tapeworm through flea infestation.

Ringworm Though cats are the pets more typically prone to ringworm, this parasitic fungus may also be transmitted to you by your dog — and vice versa. The raised, circular, crusted areas of ringworm infestation often lead to hair loss at the infected sites. Hotspots for transmission include your pet’s everyday objects, such as bedding, brush, carpeting, and other areas favored for resting. You or your dog can end up with the condition by touching the contaminated objects or another animal or human with ringworm.

The good news is that ringworm can usually be treated with topical medication or, in more involved cases, antifungal oral medication. Medication for ringworm should be paired with a careful cleaning of your dog’s bedding and other areas he frequents, especially if carpeted, to make sure to rid your home of fungal spores that could cause future infection.

Scabies Transmitted by a parasite called, aptly, the scabies mite, this itchy skin condition in people may be contracted from dogs who carry the mites. Itching caused by sarcoptic mites in dogs will lead him to scratch and chew at his skin, which will darken and thicken over time. Hair loss is common. And though humans do not make ideal hosts for sarcoptic mites, contact with them causes two to five days of sometimes severe itching with hives and bumps on the skin.

Thoroughly disinfect your dog’s bedding in the wash. His veterinarian will prescribe an appropriate mix of injections or oral medicine with medicated dips and baths. If your dog shows no relief in five days, re-contact your veterinarian. And if you yourself have continued symptoms, contact your doctor.

Lyme disease (Borrelia burgdorferi) This infection is spread by the bacteria contained in the bite of a deer tick, or blacklegged tick, most commonly found in the northeastern, north-central, and mid-Atlantic states. Symptoms can plague both dogs and people. In dogs, infection takes about 18 hours after the tick bite, but you may not notice possible Lyme disease in your pet until several months later when joint inflammation makes walking painful. Depression, loss of appetite, and even kidney damage may occur. Difficulty breathing, sensitivity to touch, swollen lymph nodes, and fever are other possible signs.

In people, Lyme disease is usually transmitted once the tick has been attached for 36 to 48 hours. A bulls-eye rash may or may not occur at the site of transmission, and just like in dogs, symptoms may not appear until sometime later.

The thing is, dogs can be protected — with anti-tick topicals and the Lyme disease vaccine. But there’s no vaccine for people. So how can your dog end up giving Lyme disease to you? Keep in mind that ticks may be carried into your home on your dog who, once they realize is not a suitable host, may jump off and look to attach elsewhere — often on hidden parts of your body such as your armpits, scalp, or groin. Checking your dog’s hair and checking yourself for ticks in a routine manner is a good idea. And again, keep the carpets well vacuumed. That helps suck up ticks that hitch a ride into your home on your dog’s back.

Leptospirosis If a dog is inoculated against leptospirosis during his routine vaccinations, he will be well protected from this bacterial disease, sometimes called mud fever or fall fever and characterized by damage to the liver and kidneys and rarely, death. It won’t ward off all forms of leptospirosis, but it will certainly protect him from the most common forms of the bacteria that cause it.

The best way for a person to avoid the disease and the internal organ damage that could accompany it is to vaccinate his dog. Dogs can shed the offending Leptospira pathogen in their urine in, say, a pool, and it can then make its way into a person via mucosal surfaces or open skin wounds.

Note: About half of the estimated 100 to 200 annual cases of canine leptospirosis in the U.S. occur in Hawaii. It’s most common in warm, wet places.

Salmonellosis Did you know that raw food diets not sterilized or heat-processed prior to consumption by your dog pose a risk to your pet of contamination with Salmonella bacteria, the same kind of bacteria that can cause foodborne illness in people? Symptoms in both species include GI upset and, in the very young, elderly, and those with compromised immune systems, can prove fatal.

Children five years old and younger should be kept away from your dog’s eating area, as well as his food, treats, or supplements — whether or not your dog eats raw food — so that there’s no chance of contamination with foodborne bacteria. These include not only Salmonella but also Campylobacter and E Coli.