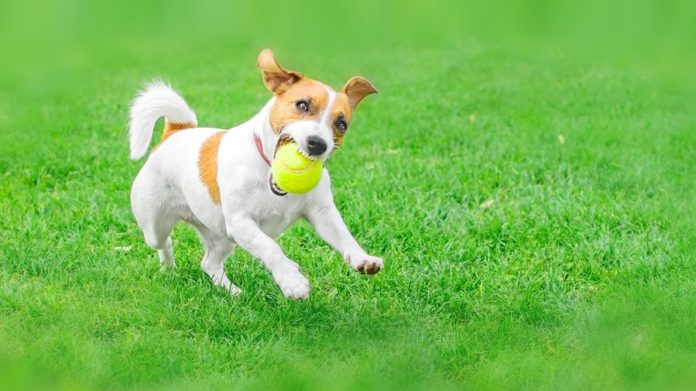 Your dog has been urinating considerably more frequently than usual and also appears to be straining to “go.” You take her to the vet, who finds bacteria in her urine, very reasonably diagnoses a urinary tract infection, and prescribes a course of antibiotics to kill the unwanted pathogens. His solution seems to have worked. Her symptoms abate and all is well — for a few weeks.

Then the symptoms reappear. You take the dog back to the vet, and a new culture reveals not only bacteria in her urine but also blood. It seems it’s a particularly insistent infection. Another round of antibiotics is prescribed, and another clearing of symptoms ensues — again, for a bit.

What’s going on? Bladder cancer is one possibility. Or, more specifically, the most common type of bladder cancer to affect dogs, which is known as transitional cell carcinoma, or TCC.

Unfortunately, missing bladder cancer up front is not an uncommon scenario, with dogs undergoing multiple rounds of antibiotics and perhaps even catheterization along the way to help them void.

Also unfortunately, bladder cancer is not terribly rare. It accounts for an estimated 2 percent of all reported malignancies in dogs, which means tens of thousands of pets in the U.S. are affected. Among the breeds most commonly hit: Scottish terriers, Shetland sheepdogs, Airedale terriers, beagles, West Highland white terriers, and wire-haired fox terriers. A Scottish terrier is 18 times more likely to get bladder cancer than a mixed-breed dog; Westies and the other breeds, three to five times as likely as other dogs. But breed accounts for only about a third of all bladder cancers. No dog is immune.

And when diagnosis is delayed because it looks like something less serious (bladder cancer is often accompanied by bacterial infections that make it look like a quick and easy administration of antibiotics will clear up the problem), it means the cancer has a chance to spread from the bladder itself to other tissues, making it harder (or impossible) to excise surgically or to shrink (or keep from growing) with radiation or chemotherapy. It also reduces quality of life. A growing tumor makes urine less able to make its way from the kidneys to the bladder or from the bladder to the outside of the body. That’s what all the straining is about — and catheterizations in some cases. If urine can’t leave the body on its own, the toxic waste it’s meant to carry out builds up in the bloodstream. It has to be removed from the body or death will ensue.

A faster route to diagnosis

Because bladder cancer often does not get picked up early on, it has already metastasized (spread) in approximately one in five dogs in whom it is diagnosed. Enter genomics. Researchers have been saying that mapping and deciphering the canine (and human) genome will make it much easier to catch and treat diseases, and bladder cancer in dogs is one such case of genomics research bearing fruit.

Consider that all healthy cells have a protein called BRAF, short for serine/threonine-protein kinase B-Raf. But when BRAF undergoes a mutation, healthy cells can turn into cancerous ones. The BRAF mutation was actually discovered in humans some 15 years ago in cancers that include melanoma, and that helped lead to better cancer treatments for people. Now, within the last year or so, a similar BRAF mutation was identified in dogs with bladder cancer (as well as prostate cancer). That mutation causes cells that line the bladder — transitional epithelial cells — to start to multiply in such a way that they grow deeper into the bladder wall, obstructing urine flow. They can also spread to other tissues, including those of the lungs and liver.

The good news that has grown out of this finding about the BRAF mutation is that a professor of genomics at the North Carolina State University College of Veterinary Medicine, Matthew Breen, PhD, has used it to develop a simple urine test that can detect the presence of bladder cancer in dogs months before there are even any clinical signs. As few as 10 TCC cells in a dog’s urine will show if the mutation — and the cancer — are present.

Veterinarians have started to use the test to confirm a suspicion of bladder cancer. Dog owners, particularly breeders of at-risk breeds, have also started to order the test on their own through the American Kennel Club (AKC) at its online store. Because a breed such as a Scottish terrier is at such high risk for the disease, owners can periodically test their dog even before any symptoms appear so they can get right on top of treatment options should a test come back positive. The test also does double duty as a screening tool to help identify which dogs should be taken out of a breeding pool. You do not have to be an AKC registrant to order the tests from that organization.

Those ordering the test on their own can answer a questionnaire supplied with each sample. The responses are being tabulated in a nationwide study designed to find the cause of transitional cell carcinoma and determine the relationship between a genetic predisposition and environmental factors that may play a role in triggering bladder cancer’s onset. Questions are about the dog’s source of drinking water, whether lawn care products are used in the yard, and whether the pet is exposed to second-hand cigarette smoke.

Let’s say your dog is in fact diagnosed with bladder cancer in the form of transitional cell carcinoma. Then what?

For a dog whose tumor has not metastasized beyond the bladder, surgical excision is a possibility — but not a foregone conclusion. Most bladder cancers are in an awkward part of the bladder, making them difficult to remove surgically, and detecting this cancer early might not make the surgery more feasible. Indeed, in order to surgically excise a bladder cancer tumor, it would need to be located away from the “neck” of the bladder and the urethra. Structures in the neck of the bladder include the junction with the ureters, the urethra, and the urethral sphincter (which allows a dog to control when she voids), and they often make surgical excision too risky — all the more so because malignancies need to be removed with a margin of healthy tissue around them, leaving even less wiggle room, so to speak.

Still, a tumor discovered earlier rather than later will be smaller, and smaller is easier to deal with, if not surgically, then at least with therapies such as radiation and chemotherapy (which come with their own downsides at the particularly vulnerable spot of a dog’s bladder). Medical therapies that include administration of nonsteroidal anti-inflammatory drugs also help in some cases. In addition, a dog whose tumor is discovered sooner rather than later will respond better to therapies designed to keep her more comfortable.

The prognosis is often not great — less than a year in many cases, although some dogs go on for a good two years or more. But definitely, the more extensive the tumor in the bladder itself, and the more the tumor spreads beyond the bladder, the more negative the effect on survival time. In other words, the sooner the disease is diagnosed and the less involved it is, the better the chances for treatment that will prove successful over a longer period of time, making the new test for earlier diagnosis of particular benefit. And as veterinary researchers keep developing better ways of treating bladder cancer with various chemotherapy medications and other drugs, early detection will make even more of a beneficial impact.

We’ve come a long way since the disease was first researched in dogs. At that time, survival time was considered to be “zero days.” Dogs were often euthanized upon diagnosis. With advances in detection and treatment, bladder cancer does not have to be a death sentence.