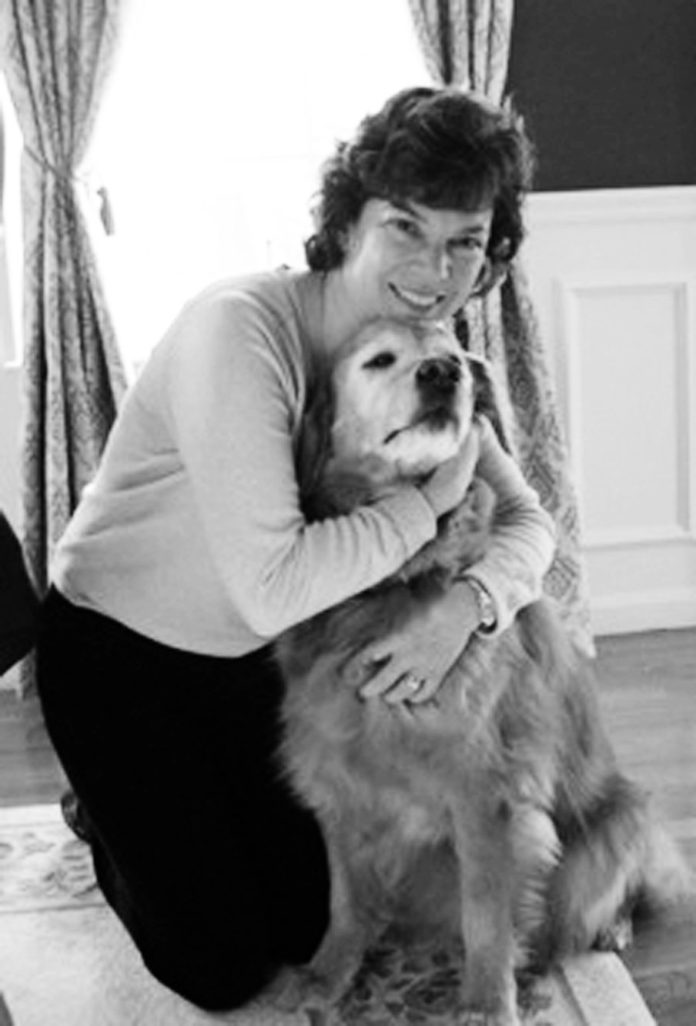 Back in October, we introduced Sydney, a 13-year-old golden retriever who, by all accounts, seemed to have the canine version of Alzheimer’s disease, called canine cognitive dysfunction. Her owner, Karen Feeney of Littleton, Massachusetts, described what is commonly referred to as Sundowner’s syndrome, a condition seen in both people and dogs experiencing cognitive decline. It’s characterized by an anxious burst of energy after dark. The condition kept Sydney agitated, pacing, and startling easily when she should have been sleeping through the wee hours. In fact, Sydney refused to sleep in the house, settling down for the night only in the car inside the garage after long bouts ofdistressed barking.

Noises got to Sydney, too, including noise coming from the television. After dinner, Ms. Feeney and her husband could not watch TV without unnerving her. Even dinner sizzling on the stove made their pet frantic.

Of course, diagnosing cognitive decline in a dog is more difficult than diagnosing it in a person. A dog is not going to lose her ability to recite a sonnet or end up putting her shoes in the refrigerator. But Dr. Dodman, the head of our Animal Behavior Clinic, highly suspected the canine version of Alzheimer’s and prescribed an arsenal of treatments:

– A prescription diet, Hill’s b/d, that contains a number of substances thought to have a positive effect on brain function, including antioxidants and omega-3 fatty acids.

– Coenzyme Q10, acetyl L-carnitine, and huperzine, all supplements believed to potentially have a protective effect on brain function and memory.

– Clonidine, a drug to treat anxiety and panic disorders, in the hope that it would help Sydney settle down at night.

– Deprenyl (Anipryl), the only drug approved specifically to treat canine cognitive decline and which, on average, has produced only modest results.

In addition to the arsenal of treatments, the doctor told Ms. Feeney to fill out a form every couple of months to track the following: changes in various aspects of disorientation; a fall-off in interaction with family members; an increase in sleep disturbances; and any lapses in housetraining. If Ms. Feeney put more checks in various categories over time, it would mean the Alzheimer’s was progressing and that the extra measures were not doing much good. That wouldn’t be surprising. Canine cognitive dysfunction advances pretty rapidly. The addition of just one or two checks, on the other hand, would mean that perhaps the measures put in place were forestalling the inevitable advance of the disease.

Truth be told, Dr. Dodman was actually hoping for something better than the slow addition of checks. He wanted, if possible, the removal of checks already in place. “I’m hopeful that we can turn the light back on,” he had said to Ms. Feeney back in the fall.

In certain ways, says Ms. Feeney, “things have improved. Sydney no longer gets anxious when we cook at the stove. And TV-watching in the evening seems to go a little better. I think it’s because of the clonidine,” which keeps anxiety from breaking through.

“But she’s still sleeping in the car at night,” Ms. Feeney relates. And she is starting to get a little bit more vocal during the day, barking a lot at nothing in particular. “My husband works at home and has to talk to clients on the phone, so we’re trying to get her to stay more quiet in the daytime. Our mission right now is to get her a little less vocal during business hours. And I’m still trying to get her to stay in the house peacefully at night. She will periodically sleep inside, but it’s rare. And we don’t know why she does it. We can do the exact same things from one day to the next but with no consistent outcome.

“Physically, she’s just incredible, Ms. Feeney adds. “We went for a walk just today, and I was jogging to keep up with her. And when I took her to see Dr. Dodman, the staff gave her a Kong to play with, and she was quite entertaining. But she’s had some digestive issues — more bowel movements than usual, some weight loss, and, since Christmastime, the vomiting of undigested food.”

“It appears that the measures we’ve put in place have kept Sydney from falling off the slippery slope,” Dr. Dodman says. He is pleased about that.

“Because of Ms. Feeney’s description of the dog’s GI issues,” he adds, “we have ordered an x-ray. With the vomiting, I’m wondering if she might have a pyloric tumor [a tumor at that section of the stomach that connects to the small intestine]. The couple does not want to put the dog through an endoscopy, a more targeted but more invasive diagnostic test, because of her age.” As Ms. Feeney puts it, “we’re not ready to throw in the towel by any means, but because of Sydney’s age, we’re not going to take heroic measures, either.”

On the cognitive front, Dr. Dodman, like the Feeneys, is pleased that no checks have been added to the form he gave the couple to fill out periodically — although none have been deleted, either. To try to help Sydney stay more quiet and relaxed during the day, he’s going to push back her clonidine doses to daytime and, at night, add triazolam, a sedative used to treat insomnia. “We had been giving Sydney some clonidine starting at 3 or 4 p.m.,” Ms. Feeney relates.” But now we’re going to back it up to breakfast time.

“For cold nights in the car,” she says, “Sydney wears a Thundershirt. I’m not sure if that warms her or calms her, but she’s not anxious to get back into the house in the morning. She’s in no physical discomfort in the garage, even though I worry about her out there.”

All in all, Ms. Feeney says, Sydney is doing extraordinarily well for a dog whose cognitive function is wobbling. “Her favorite thing to do remains going for car rides,” Ms. Feeney reports. “She loves them so much she would walk away from food to be sure she goes with us.” In addition, “when we groom her, I take off her collar for brushing, then go to the kitchen when we are finished, put away her brush, and ask her to ‘come bring your collar.’ Sure enough, she picks it up and comes running, then goes to the next part of the routine — bringing me a Kong to be stuffed with a couple of treats. She is amazing!”

The success in keeping Sydney from falling off the “slippery slope” has been remarkable. We will return to her story when she turns 14 to see how she is doing.