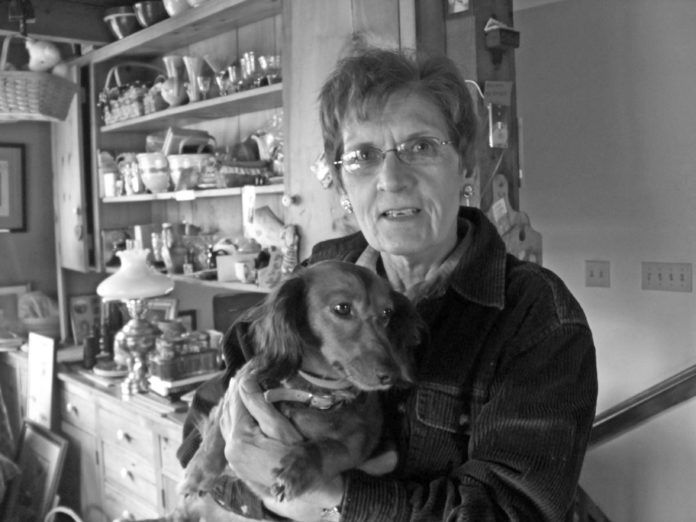 That the small animal hospital at Tufts sees several cases of dog-on-dog bite wounds each week — between 100 and 200 a year — was just another statistic to me: unfortunate, but still, a number without emotional impact. Then, just last week, when my wife had our border collie, Franklin, off leash in the dog-friendly park nearby, he was bitten by a pitbull. It was a dog he had seen before; the two had always sniffed each other in friendly greeting. But that particular day, the dog was startled to see Franklin on a somewhat isolated trail and lowered his head in warning. Franklin misinterpreted the cue as the start of a play bow and ran over, taking the dog by surprise. In a single horrific moment, Franklin was on his back, fighting, literally, for his life, while the other dog’s owner was punching her pet, not to be mean but to snap him out of the moment and remove him from ours.

Franklin was bitten in his neck and high up on his chest, but miraculously, survived intact. He ran under the couch as soon as he came home but was back to himself within a couple of hours. He didn’t even get an infection from bacteria in the other dog’s mouth.

Joyce Halloran’s beautiful dachshund, Sasha, wasn’t so lucky, at least not initially. She almost succumbed after a bloody battle. Sasha (and Joyce’s) harrowing story — and its aftermath — begins on page 11. “It’s an all-too-common problem,” says Tufts Animal Behavior Clinic Director Nicholas Dodman, BVMS. “Many owners bring their dogs to see me specifically because their pets are dangerously aggressive with other dogs.”

Many owners also bring their dog to Tufts in the belief that the animal suffers from a food allergy and needs to be treated by a veterinary nutritionist. In fact, by the time they get here, they’ve often tried a half dozen diets, driving themselves — and their pets — crazy in the process. But for every 10 dogs brought to the nutrition clinic in the belief that the animal has a food allergy, says veterinary nutritionist Cailin Heinze, VMD, perhaps fewer than one actually does. Why the widespread belief among dog owners that their pets’ itching and other symptoms have been caused by food? The article beginning on page 3 delves into the issue — and addresses how to properly diagnose, and then treat, a dog who may be scratching uncomfortably.