Home DOG HEALTH AND MEDICINE When – and When Not to – Rush Your Dog to...
Print
Email
Facebook
Twitter 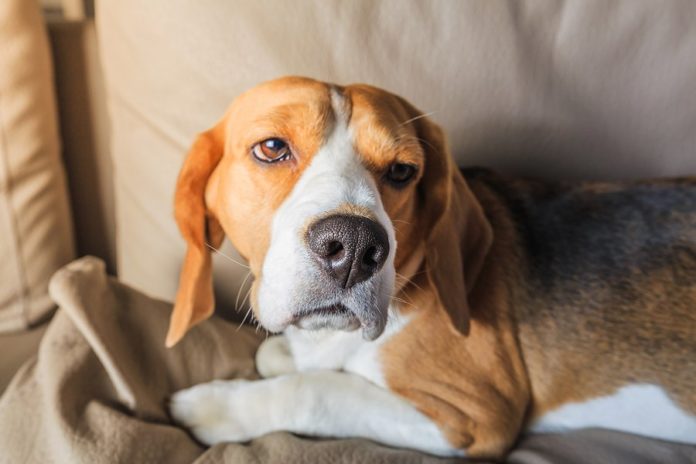 Your dog is limping out of nowhere. You can tell he’s in a good deal of pain. Perhaps he’s even whining a bit. Do you get him to the doctor’s office without delay?

It depends — on his age. If it’s a puppy who has begun limping and acting like he will never again be able to take another step, rushing him to the emergency room is probably not the first order of business. While it might seem as if he has broken his leg, in all likelihood he has simply hurt himself a little. Puppies have not yet learned to distinguish major from minor pain, so even though it might seem like he’s telling you he will be handicapped for life, he will usually be running around again within a half hour.

If he’s not, then take him in. Puppies do break their legs sometimes and also get bad sprains, so if the pain doesn’t lift after a bit, it’s worth an examination by a veterinarian. Having said that, however, we should note that only about one in five puppies we see for leg pain have actually sustained a fracture.

If the dog is an adult, on the other hand, you don’t want to delay. An adult dog who has banged his leg might feel some pain but will keep going without any histrionics. But if he’s limping and not able to bear any weight on his leg even for a short time, he should see the doctor. He’s not overreacting.

Just like with this example, a number of situations have an answer of “it depends” when it comes to deciding whether to get the dog in the car and over to the vet’s office. Sometimes, however, there truly is no time to wait and see; you have to get your dog medical care right away. See if you can tell which of the following are wait-and-see scenarios and which are emergencies with no time to waste.

Vomiting or Diarrhea. Wait and see or No time to lose? This one’s a wait-and-see. An episode or two of vomiting or diarrhea usually resolves on its own. The dog got into the trash or ate something outside that he shouldn’t have. His upset tummy will pass. In the meantime, don’t put him on baby food or chicken and rice or other “healing” items. Baby food is too rich for a dog feeling sick to his stomach, and chicken and rice won’t solve anything. It’s okay if the dog goes 24 to 36 hours without eating.

Of course, if the gastrointestinal upset is unremitting — the retching or diarrhea keeps happening over the course of an entire day — get your dog to the doctor. Especially if he’s a young dog, he could have swallowed something like a sock or ball that has lodged in his GI tract and has to be removed surgically. And in a dog of any age, it could signify problems ranging from a serious infection to a kidney problem or cancer. Even if it’s not one of those, even just losing a lot of fluid in vomit or watery diarrhea could lead to the risk of dehydration that needs to be warded off with fluid infusions.

Distended, tense abdomen (large-breed dogs only). Wait and see or No time to lose? Get your dog in the car and go. Now. This could be a sign of bloat and twist, known in medical terms as gastric dilatation and volvulus. And minutes count. If bloat is indeed the cause (the dog might also be anxious and unable to settle down), it means the stomach has filled with air and flipped over, literally twisting on itself and compromising its own blood supply. A veterinarian will perform an emergency operation to flip the stomach back over and secure it to the inner wall of the abdominal cavity so it doesn’t happen again. Dogs with bloat are rushed to our hospital more than once a week, on average. If they arrive too late, they die.

Coughing. Wait and see or No time to lose? Wait it out a bit. A single cough or even a single coughing bout is nothing to be concerned about. But a persistent cough that lasts a whole day means it’s time to get to the vet’s office. People can cough like crazy when they get a cold. Not so, dogs. An ongoing cough in an adult dog could be a sign of heart disease. In a puppy, it could be a sign of pneumonia, which is not terribly uncommon. Up to 5 percent of puppies get pneumonia or another respiratory ailment.

Convulsing or twitching. Wait and see or No time to lose? Shaking, convulsing, or twitching might last less than a minute and then pass, but you should still get your pet to the veterinarian’s office right away. It could very well be a seizure, and seizures that are not tended to — and which may repeat before you know it — can cause significant brain damage. They result from a variety of causes. Sometimes a dog ingests toxins — lawn and garden chemicals, antifreeze, or even lead paint from chewing on woodwork. Sometimes it’s liver or kidney disease that causes seizures. Both those organs rid the body of toxins; when they are unable to perform their jobs, the poisons build up, including in the brain, where seizures are fired off. A congenital condition called hydrocephalus can result in seizures, too; fluid in the brain doesn’t drain properly. The condition more commonly affects Chihuahuas and English bulldogs than other breeds and will manifest itself when the dog is still a puppy.

Not eating. Wait and see or No time to lose? This one is very concerning to many people, especially people whose dogs are extremely food-centric. But even for dogs who would normally do anything for food, hit the pause button before deciding to take him to the doctor. Anorexia in a dog that lasts even up to an entire day or two could simply be a sign of an intestinal “bug” that will pass as quickly as it came on. But if your dog won’t eat after two full days, not even a favorite treat, take him to the veterinarian. It might very well be something as simple as an infection that requires antibiotics, but in some instances, it could be something as serious as organ failure.

Not pooping. Wait and see or No time to lose? You can definitely wait and see. Many dogs have a “schedule” for defecating, as people do, but like with people, you can’t set your watch by it. Sometimes, the system doesn’t deliver when you expect it to. Not urinating, on the other hand, is a definite medical emergency. If your dog goes for two or three walks without peeing a single drop, or can only urinate if he strains, get him to the doctor. He may have a blockage in his urinary tract that is causing dangerous toxins to build up in his bloodstream and travel through the circulatory system to all his body’s tissues.

Behavior change. Wait and see or No time to lose? If your dog never passes up a chance to go out with you and one day you excitedly tell him, “Let’s go” and he barely lifts his head, call the vet’s office; chances are they will tell you to bring him in right away. Ditto if your dog is unusually agitated, perhaps not able to settle and continuously panting. Marked behavior changes that can’t be ignored almost always mean something is wrong. Don’t panic. It could be something as simple to resolve as a mild GI infection. But sometimes a very noticeable behavior change could signify something more severe.

A dog that gets hit by a car but seems fine. Wait and see or No time to lose? In most cases, if a dog is hit by a car moving more than a few miles an hour, he is going to have obvious injuries and should go immediately to the emergency room. But what if he is hit and seems okay afterwards? Take him in. He could have life-threatening internal injuries that might very well be missed with the naked eye, which is why he should be seen right away by a doctor — and even be watched very carefully by you for the first 24 hours after emergency room treatment. Think that advice is overkill? We know of a dog who was hit by a car in his driveway and seemed absolutely fine. His owners went to bed that night resting easy, and found him dead the next morning. His stomach and intestines had passed through a tiny hole in his diaphragm caused by the accident and impaired his breathing. The moral here: chest x-rays to rule out a diaphragmatic hernia and a physical exam to rule out fractures or a ruptured bladder should be done for every dog hit by a car, even if the dog seems perfectly normal.