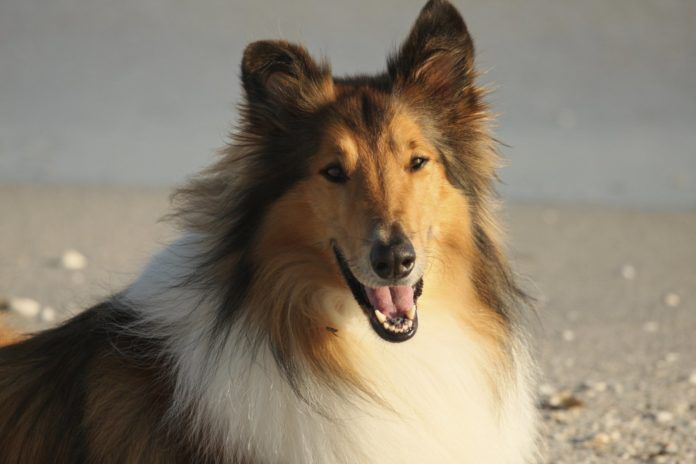 Who knew Reese Witherspoon had the ability to shuffle the breed cards, so to speak, shifting one breed in particular closer to the top of the deck? But she did. When her Legally Blonde character Elle Woods took her Chihuahua, Bruiser, from California to Harvard Law School, Chihuahuas began to enjoy greater popularity among those bringing a purebred dog into their lives, much as Brussels Griffons got a boost from Verdell’s finally stealing Jack Nicholson’s heart in As Good As It Gets.

Of course, the spate of Taco Bell commercials featuring a Chihuahua didn’t hurt that breed’s renown, either. Truth be told, dogs in the media fueling the popularity of dogs in people’s homes is an old story. Shortly after Rin Tin Tin was featured in the Warner Brothers film Man From Hell’s River in 1922, German shepherds rose in popularity to the number one spot for four years. Don’t even get us started on Lassie.

But dogs made popular in the movies and on television aren’t the only reason breed trends come and go. Part of it, says the communications director for the American Kennel Club, Lisa Peterson, is economics. During the height of the recession, she comments, smaller breeds like Chihuahuas became more of a hit because they’re less expensive to take care of than larger ones. Thus, while Sex and the City actress Kristin Davis’s character, Charlotte York, helped boost the number of people adopting Cavalier King Charles spaniels once she took in a dog of that breed by the name of Elizabeth Taylor, the dog’s small size also made the breed more suitable for people’s budgets in harder times. It costs less to own a smaller breed, Ms. Peterson says, because of lower feeding costs in addition to lower fees for pet care services like grooming and boarding, whose prices are often based on a pet’s weight. For the same reason, Ms. Peterson postulates, ownership of papillons, Chinese crested, and Norwich terriers skyrocketed between 2005 and 2010. People still had to have dogs — just not big ones that cost a lot to keep.

Today, she says, with the recession, well, receding for many, larger breeds are making a comeback. Indeed, the three most popular breeds in 2013 were Labrador retrievers, German shepherds, and golden retrievers.

Along with media popularity and cost, the decision about what kind of dog to get also includes consideration about ease of maintenance. With more and more families having two adult earners working long hours with little down time, very long-haired breeds have taken a hit. A rough collie, for instance — the breed that looks like Lassie — needs consistent brushing. “You’ve got all this hair,” says Jerold Bell, DVM, an associate professor of genetics at Tufts Cummings School. People no longer have the time to brush a big dog with long hair on a daily basis so that it doesn’t become matted and gnarled (which not only makes it unsightly but also doesn’t serve the dog so well as a protective coat).

Dogs with high grooming requirements, like collies and Irish setters, were actually most popular in the 1940s. This was well before the TV moms of the 1960s would have even contemplated popping a TV dinner in the oven to accommodate their ever busier schedules.

Exercise needs take time, too. AKC spokesperson Peterson points out that bulldogs and French bulldogs have become more popular not only because of their short hair but also their minimal exercise requirements — just two 30-mintue walks daily. That’s a lot different, she says, “from a border collie, who needs to tend to a flock of sheep all day to be happy.” How (in)active people feel a dog should be is a big change from the 1880s, when physical activity defined people’s lifestyles. Back then, the English setter was among the most popular breeds. The dog would find birds and crouch down on their front legs to allow hunters to throw a net over them. An English setter can most certainly be an affectionate family dog that loves to be with people, but it’s athletic and energetic and won’t be happy unless it’s kept busy physically. For perspective, Theodore Roosevelt had one.

There’s also the issue of allergies. No type of dog is categorically hypoallergenic. A person can become allergic to any breed. But several breeds have become more popular because they shed less dander than other breeds, and that might have the potential to cut down on allergic reactions. For that reason, Portuguese water dogs, Bedlington terriers, and soft-coated Wheaten terriers have also risenin popularity.

Of course, sometimes breeds come and go as a result of overbreeding. A particular breed might become very much in vogue, and then puppy mills will create more and more dogs of that breed without regard to any problems of health or temperament the sires and dams might have. For instance, with collies, there can be abnormal development of the eye that leads to a detached retina, Dr. Bell says. The condition has become so prevalent as to affect “up to 67 percent of the breed,” he says, although there is a test for it now to screen potential canine parents.

Collies have also become less popular than, say, goldens and Labs because they’re not as interactive with their human families, which is what people want more and more. “A collie will play,” Dr. Bell says, “but she’s going to give up sooner. She’ll say, ‘Yeah, this is fun, but I’m not chasing this anymore.'” A retriever, by contrast, will fetch and keep coming back forever.

With cocker spaniels, the most popular of dogs both in the 1940s and the 1980s, the issue became a certain snippiness “because there was nobody paying attention to temperament when breeding,” Dr. Bell says. What was gentle and wonderful about them too often became a ready tendency to get annoyed and nip.

Labs so far seem immune to a degradation in temperament, Dr. Bell comments. “They’ve managed to maintain their excellent personalities, so we really don’t see the nippiness. Labs are just smushes. That is one of their strongest points. The good traits have kept being passed down, and the wrong traits never made the rounds.” No wonder the American Kennel Club states that Labrador retrievers took the number 1 spot for breed popularity not just in 2013 but for 22 consecutive years before that. However, Dr. Bell states, “Labs have some skeletal, neuromuscular, eye, and heart disorders that breeders must test for in their breeding dogs so that these problems do not continue to increase in frequency.

“Siberian Huskies have really jumped up in numbers,” Dr. Bell adds. “People really like them. I’m not sure what’s driving their popularity.”

Some trends, it would seem, simply have no ready explanation.