Home DOG OWNERSHIP A New Way to Hang Out With and Delight Your Dog, Even...
Print
Email
Facebook
Twitter 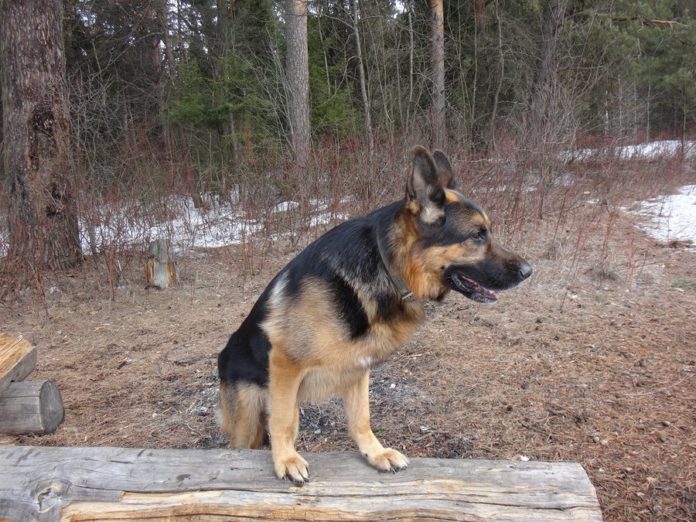 These are the times that try bored dogs’ souls. Sure, we love ‘em, spend tons of money on their health care, and couldn’t imagine living without them and their love. But too many of us spend too little of the day really interacting with them to do their quick minds and action-craving bodies justice. It’s understandable. A lot of families are out much of the day and barely can make room for their own enriching moments, let alone those of their pets. Thus, trying to adjust the schedule for things like agility courses and other group activities that dogs love goes out the window, especially when you add in the drive time.

The thing is, even when we’re with our dogs on walks, too many of us check out — chatting on the phone, looking over e-mails, and so on. The dogs are more or less on their own at the very times of the day we set aside to devote to their welfare.

Well, if you’re willing to really be with your dog while out walking together, you can change her life with a new kind of activity gaining popularity both in the U.S. and across the pond. And you can do it pretty much entirely on the schedule you already have for walking her. It’s called dog parkour (from the French for “course”) and is an interactive form of recreation that can be done virtually anywhere you use your imagination to create a do-it-yourself playground that combines elements of an obstacle course with agility training. The trend has become so popular it is now the focus of a BBC2 reality television show in the UK called Me and My Dog.

You may have actually engaged your dog in parkour without realizing it. Have you ever had your pet jump over a brook with you or coaxed her to walk along a log rather than just amble down a trail? Then the two of you are already parkour participants, as that’s all it takes — using props in the environment to devise tricks and activities that will keep you and your canine pal focused on each other while she enjoys the challenge of using her brain and body in novel ways. Everything from puddles to big rocks or a row of hedges constitutes equipment that you can teach your pet to scale, move around, jump on, or walk along or under.

Of course, the most important element in the equation is you. Your dog is head over heels for you and wants nothing more than your attention — not even food. By actively engaging in parkour with your pet, you are giving her what she covets most of all. Along with the package comes not just her happiness but also pride in her own abilities and an increased level of focus (which makes training her easier), not to mention a growing sense of balance and confidence.

One of the things about dog parkour that suits a lot of people is that it’s not about competing or winning, so there’s no outside pressure. You and your dog can keep things exactly at the level at which it feels comfortable. Indeed, if you find yourself forcing your dog to move forward on — or through or under — something she has pulled back from, you’re missing the point. Just as when you go for a run or ski or participate in any other sport that’s done solo and know that you’ve had enough, you have to be attuned to when your dog has had enough, too. If it’s not fun, it’s not good.

For more information, check out the International Dog Parkour Association at dogparkour.org. Though a significant plus of dog parkour is its spontaneous nature, there were enough adherents interested in some form of guidelines to warrant the organization’s formation. The group (which also has a Facebook page) does not hold competitions. Instead, it promotes the safe exploration and conquering of challenges found in parks, the city, or even your yard or home.

Guidelines include making sure a dog never jumps to concrete or other hard surfaces from anything higher than her own shoulder height; watching out for slippery or otherwise unsafe surfaces; and never using prong or choke collars. Visitors to the site are encouraged to join discussions and read through suggestions about activities they can do with their dog.

Note that while there are titles listed for various levels of parkour achievement (which have to be demonstrated with videos), they are not to be confused with contests. Rather, each title simply demonstrates that a dog has become proficient in a particular skill. Think of them as gold stars rather than blue ribbons, and if you’d like, you don’t have to think of them at all. As long as your dog enjoys the activities you think up for her as you walk together, you’re doing it right. And dog walks will cease being solely a chance for your pet to relieve herself but will also be about fun, movement, and a greater connection between the two of you.

Following are some moves from the International Dog Parkour Association that you might want to try once your dog has mastered walking on or under various items. It can’t be stressed enough that these activities are only a positive thing if your dog wants to do them and if she continues to show interest and pleasure as you go forward.

4 feet on: Teach your dog to jump on low-lying objects large and strong enough for all four of her paws to balance on. This can include benches, walls, logs, and the like.

4 feet in: It’s just as it sounds, with all four paws inside of an object, with objects as simple as a box, large tire, or even a moving object on which she can sit safely.

Backing up: You can get your dog to back up onto various objects by using a treat to interest her and then moving the treat closer without offering it so that she will continue moving backward. This activity improves range of motion, obedience, and balance (but you should go slowly with this particular skill).

Gap jumps: This involves jumping between two objects such as walls or curbs while staying aloft so that the paws don’t touch the ground between. That increases coordination and muscle strength, confidence, and the ability to follow through without becoming distracted.

Tic Tacs: These involve your dog jumping off a steep object, such as a tree, and turning mid-air. Usually, dogs are trained to do this gradually, stepping onto and off a ramp and around a cone. Over time, the ramp is raised at an angle bit by bit until the dog becomes used to jumping off of an upright object and turning about mid-air. If a dog becomes reluctant to do this activity at any point, she should not be pushed.