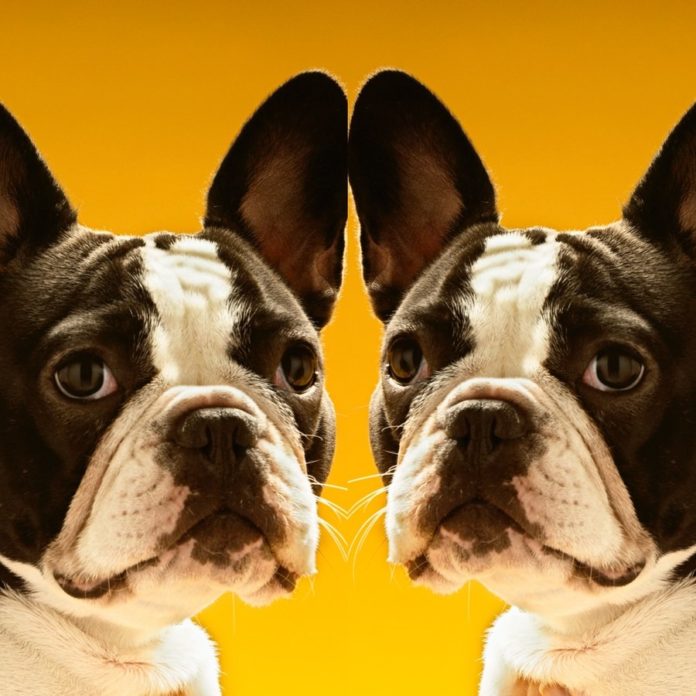 In a Variety article this past winter that mined her thoughts on the #MeToo Movement, Barbra Streisand mentioned in passing that she cloned her beloved Coton de Tulear, Samantha, and had two of the three knockoffs at home with her — Miss Violet and Miss Scarlet. The article focused on Ms. Streisand’s having broken a lot of glass ceilings in Hollywood both as a director and a producer, but what went viral was the dog cloning, with articles popping up on the online sites of People Magazine, Time, Vanity Fair, National Geographic, the Washington Post, the New York Times, and too many other media outlets to mention. Just type “Barbra” in the Google search bar, and “Barbara Streisand dog” appears as one of the choices to click on, with 14 straight pages of listings on this particular story.

The urge to clone a loved dog is understandable. As Ms. Streisand affectingly stated for the New York Times, “I was so devastated by the loss of my dear Samantha, after 14 years together, that I just wanted to keep her with me in some way. It was easier to let Sammie go if I knew I could keep some part of her alive, something that came from her DNA….every time I look at their faces, I think of my Samantha…and smile.”

Still, while we would never mean to rain on Ms. Streisand’s parade, before you copy-cat your dog, there are a number of considerations to keep in mind.

1 Cost. Five years ago, the only company that offered dog cloning to the public was a South Korean outfit called the Sooam Biotech Research Foundation, and the price was $100,000. Today, you can have it done right here in the U.S. for $50,000 — a bargain for Ms. Streisand, perhaps, but still prohibitively expensive for most.

2 An exact “carbon copy” is not possible. In the New York Times piece, Ms. Streisand says that you can clone the look of a dog, but you can’t clone the soul. Turns out you can’t clone the look, either. The same DNA, most definitely. But if there’s, say, more than one color, the color pattern will be different, with splotches of color ending up on different body parts. That’s because while melanocytes and other cells that determine color — and shade of color — will be exact reproductions from the original dog, the migration of those cells to different areas of the body are random events. It can’t be controlled. Spanky’s black eye patch might end up around the other eye, or not around an eye at all. The eye color itself might vary, too.

Even the website of the company that does the pet cloning in the U.S., ViaGen, says that “the new puppies and kittens [which they will clone for $25,000 instead of the $50,000 for dogs] will be the same sex as the donor, but just as it is in nature, may have slight phenotypic differences, such as different markings….”

On not being able to clone the soul, Ms. Streisand found for herself that her clones “have different personalities” from the original, as she told Variety. “I’m waiting for them to get older so I can see if they have [Samantha’s] brown eyes and seriousness.”

Why wouldn’t the personality be exactly the same if the genes are? It’s the same reason that even identical twins, born at the same time and raised in the same household together, are not exactly the same, personality-wise. Some of what goes into behavioral and temperamental makeup is nurture rather than nature, and we are each nurtured in the bubble of our individual environments, even if it seems like those environments are exactly shared. It comes down to the fact that one dog can’t occupy another’s life, experience for experience, and therefore end up with exactly the same understandings and memories to produce identical personalities.

Think about the fact that the cloned puppies are not even born to the same mothers and cared for by the same people who bred the original dog. Which brings us to some ethical considerations on the topic of just how the puppies are born and raised right at the beginning.

3 Dogs you’ll never know are subjected to medical procedures to satisfy your desire to try to recreate your dog. To clone her pet, Ms. Streisand had to have cells taken from the dog’s mouth and stomach, and they were then sent off to the lab. Easy enough on the dog you love and have in your home. But what happens next?

Genetic material cultured from the saved cells, identical to the DNA of the original dog, is then then put into eggs retrieved from other dogs. (The donor dogs’ own DNA is removed from their eggs to allow for the insertion of the DNA of the dog to be cloned.) It has not been made clear by cloning companies how many egg donors are needed to create viable embryos. Nor is it clear how many embryos are implanted in the uteruses of surrogate mother dogs, or how many surrogate bitches are used to carry the embryos containing the DNA of the original dog. These are critical unknowns. In one instance in South Korea, it took more than 1,000 embryos created with the eggs of multiple dogs, which were then implanted in 123 surrogate mothers, to result in just three pregnancies — and one cloned pup.

We highly doubt that a similar number of surrogate bitches is employed in the process of creating a cloned dog in the U.S. The technology has most assuredly advanced. But just how many dogs are used for donor eggs and just how many uteruses are then “borrowed” to create cloned puppies, we weren’t able to find out. Nor were we able to learn how the eggs were retrieved from the donor dogs — with a minimally invasive procedure, or via an incision that allows the vet to get directly to the ovaries.

In response to our request for information, ViaGen president Blake Russell wrote back that “ViaGen is the world leader in utilizing cloning technology and have[sic] been effectively using this technology in other species for more than 15 years. Due to the proprietary nature of our business, we must refrain from answering the…questions, adding, “We do discuss many of these questions with the client’s veterinarian when needed.”

We should note that outside experts put the cloning success rate at around 35 percent — not good odds for a procedure that potentially involves many dogs, both as egg donors and surrogate mothers.

It’s also not clear who cares for the dogs involved in making copies of the original dog, or how they are cared for. Are they treated as pets, or as lab animals? Hard to say. ViaGen posts on its website that the dogs are kept in “animal-friendly and controlled conditions…within a high-health, bio-secure environment and facilities.”

There’s also the issue of what happens if, as in Ms. Streisand’s case, more than one clone is born. The company says it will refund your money if no clones are born, but what if you only wanted one “twin” born at a later date and end up with four or five? Company president Mr. Russell said in a separate e-mail communication (a phone interview was offered in two separate e-mails but was passed up) that “ViaGen has the obligation to find forever homes for each puppy not taken by the client.” When pressed about whether the firm works with rescues or shelters, he responded that “overproduction is rare” and that “we have a waiting list of approved homes that are excited to bring a cloned puppy into their home when the opportunity arises.” There is currently no information about the waiting list on the company website.

4 There are plenty of dogs waiting to be adopted and loved from shelters and rescue organizations. That’s why, not surprisingly, organizations like the Humane Society of the United States are against cloning. They want to ultimately bring the number of dogs without a loving home to zero. “Our companion animal friends are irreplaceable,” the Humane Society says. [See number 2, above.] “We can best honor them by helping local shelter animals find loving, safe homes.”

5 The question arises, can you really cheat death? Some people might find it unethical to try to do an end run around life, which includes death. That is, an integral aspect of life, and of love, is loss. And grieving over someone, or some dog, that you have to live without is part of the full spectrum of feelings and experience that you are supposed to have during your lifetime. It also makes those you love, each unique, all the more precious and important to you.

At the same time, once you have experienced love for an animal, you know you can love again. It will be different. But love’s ability to affect you just as strongly is ever-present. The prior experience can only serve to enhance the next one.

We are not saying that all genetic manipulation is wrong. If a devastating disease can be bred out of a dog line so that future generations don’t succumb to the same suffering, we’re all for it. But what’s special about your dog — what it was about her personality that made you love her more and more as time went on — can’t be reproduced, not even for $50,000.