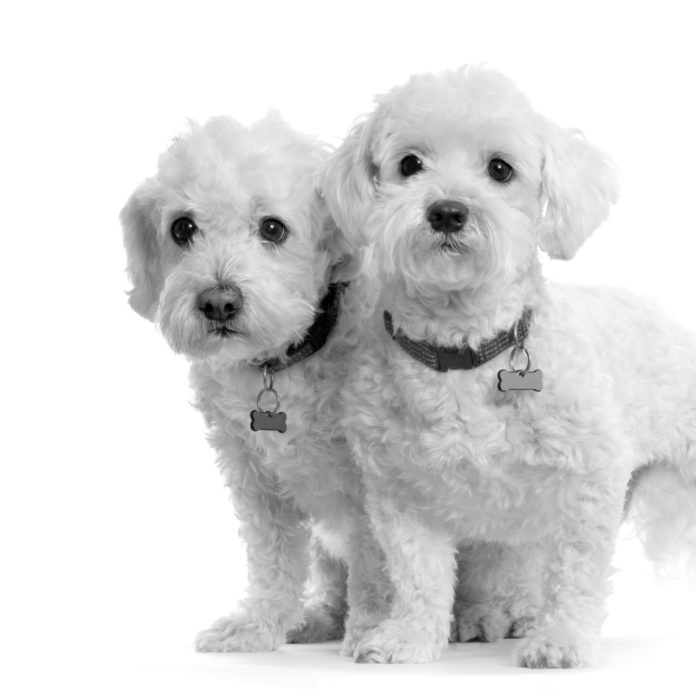 The future is here, in South Korea specifically, at a company called the Sooam Biotech Research Foundation. The firm just finished holding a contest in Great Britain, offering to clone at a steep discount the beloved dog of whoever writes the best essay and submits the best photos and videotape to demonstrate that the exact genes of their canine companion should live on in another animal. The usual price for dog cloning at Sooam Biotech is $100,000; the winner of the contest will get a $70,000-off coupon, so to speak, for a total price of $30,000.

The “sale” is presumably being staged to help popularize pet cloning in the British market. Most customers so far have been from the United States.

That’s right. The ability to clone a pet is not brand new. As you might recall, Dolly the sheep, the world’s first cloned mammal, came to be in 1996, in Scotland. The first cloned dog — an Afghan hound named Snuppy created from the cell of an ear that belonged to an adult Afghan — was born in 2005. Two and a half years later, at the end of 2007, the first cloned pet dog came into the world — a border collie/husky mix whose genetic predecessor, named Missy, was sorely missed by her owners.

Both dogs were created under the direction of South Korean researcher Hwang Woo-suk, who also ran the recent contest in the UK. Hwang has a checkered past as a scientist. He was convicted several years ago for falsifying research data to make it look like he cloned embryonic stem cells from humans. He was also found guilty of embezzlement. Currently, he’s trying to clone a woolly mammoth by transferring cells from one of those long-gone behemoths of the extinct species to an elephant’s womb, which many would certainly consider to be going down the slippery slope from savory to unsavory. But his dog cloning is for real.

There have been very few takers so far, no doubt in part because of the very high price tag. But there are other considerations as well.

When you clone a dog, says Tufts veterinary geneticist Jerold Bell, DVM, Director of the Clinical Veterinary Genetics Course at the Cummings School, “it will not look completely like the original dog it was cloned from. For instance, the pattern of color will not be the same. Splotches of color will end up in different places. Melanocytes and other cells that determine color and depth of color will be exact reproductions from the original dog, but the migration of those cells to different areas of the body are random events. That has become very evident with dogs they have cloned in South Korea. The cloned dog and the original dog will look like they can be relatives, but one will not be a carbon copy of the other.

“Behaviorally,” Dr. Bell says, “the two dogs will not be the same, either. Much of behavior is environment and upbringing and all sorts of things pertaining to ‘nurture’ that we know something or nothing about, as opposed to ‘nature.’ So you’re not going to get the personality of the dog you’re cloning. In essence, what it comes down to is that paying tens of thousands of dollars for a clone is going to get you a dog that’s probably as similar as a littermate. There simply are going to be differences.” Even identical twin humans raised in the same household by the same set of parents are not exactly the same. They often look a bit different, and each has his own personality. What it comes down to is that you simply can’t occupy another person’s (or dog’s) life, experience for experience, and end up with exactly the same set of shared understandings and memories to produce identical “copies.” That is, you can’t clone anyone’s — or any dog’s — individuality. Would you even want to? If you could, “individuality” would lose its meaning. Isn’t part of what you love about your particular dog his uniqueness? How can you copy an essence?

There’s also the fact that cloning simply is not easy. Quite often, Dr. Bell says, cloned dogs are “born with abnormalities.” They also sometimes have physical deformities and frequently do not survive. It takes many eggs from donor dogs, in fact, along with several dogs undergoing impregnation, to produce a single cloned dog. In one instance, it took more than 1,000 embryos implanted in 123 surrogate mothers to result in just three pregnancies — and one cloned pup. One of the pregnancies ended in a miscarriage, and one puppy died of pneumonia soon after birth. If the procedure goes more successfully, someone could end up with several surviving cloned pups, even if he only wanted just one. Which brings us to the ethical considerations.

With so many dogs involved in the birth of a single clone, there’s broad potential for animal abuse. Consider that in order to create a viable egg for cloning a dog, eggs have to be extracted from healthy dogs. The DNA in those eggs is then removed, with the DNA from the cell of the dog to be cloned inserted. In other words, dogs having nothing to do with the cloned dog must undergo a surgical procedure to donate their own eggs as a kind of shell for housing foreign genetic material. But where are such dogs kept? Who takes care of them? Certainly, it would be hard to find someone who loved their pet dog willing to lend her to science in that manner, even for a fee.

“That’s why this industry is taking place in South Korea,” says Dr. Bell. “They have very lax standards for research.”

The same concern exists for the dogs impregnated with donor eggs containing DNA from still another animal. Who takes care of those dogs? Who treats them as the sentient beings they are?

In South Korea, dogs are raised for their meat. And John Woestendiek, author of a provocative and well-researched book on cloning called Dog, Inc., has said that some dogs used in the cloning process, either as egg donors or surrogate bitches, are returned to the farms where they were raised once they’re no longer needed and then slaughtered and eaten.

One woman who had her dog cloned in South Korea is said to have been told that the surrogate mother dog was sent to a nice farm. But what does that mean? “Farm” has become code for people who have their dog put down but want their children to believe the animal was sent to a good home.

There’s also the huge sums of money that change hands just to create a single dog when millions of perfectly wonderful dogs languish in shelters and too often have to be euthanized because no one takes them home. “There are a lot of dogs who need adoption, need homes, and it raises all kinds of ethical issues to spend $100,000 or even $30,000 to clone a single dog when that same money could go a long way to help overpopulation and stray dogs,” Dr. Bell says. “If the money spent to take extraordinary measures on one dog were channeled into the proper avenues for tending to dogs without homes,” we’d be much closer to not having to put down more than a million potential canine companions every single year.

Finally, although less tangible as an ethical conundrum, there is the issue of trying to do an end run around the life cycle. Part of life, part of love, is grieving over the loss of one who’s unique and hard to live without. It’s a given that can’t be manipulated no matter how adept scientists become at preserving a given set of genes; it goes back to the fact that “nurture” has a major impact on personality. With life comes loss, and it makes those we love all the more precious. At the same time, love, once experienced, makes it possible to love again. New love may feel different, but the capacity for its impact is just as strong because of the prior experience.

“Some people would say any kind of manipulation of genes is unethical,” Dr. Bell comments, because it interferes with what the life cycle would have ordered up on its own. “I don’t belong in that camp,” he maintains. For instance, if there’s potential to breed a disease out of a line of dogs so that future generations don’t suffer with the same problem, Dr. Bell is all for it. But what’s special about your dog, what made you more and more drawn to him over the years — all the gene manipulation in the world can’t duplicate that.