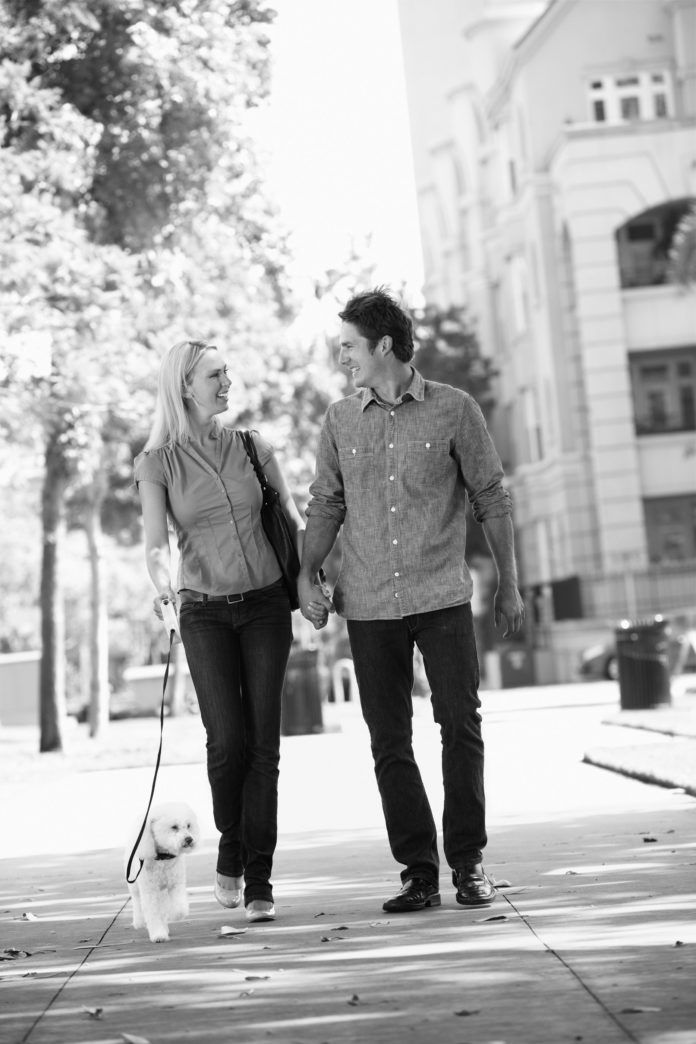 “Even small dogs can pull hard enough to injure you.”

“…can cause abrasions…or severe cuts.”

“If you want to…reduce the risk of finger amputation and fractures…wear sturdy gloves.”

“…can snap back with enough force to cause serious eye damage, broken teeth, cuts, and bruises.”

And these are just snippets of the manufacturer’s warnings that come with the flexi Leash, one of the popular brands of retractable leashes. Consumers Union, publisher of Consumer Reports, has warnings of its own. In 2007, it states, there were more than 16,000 hospital-treated injuries associated with leashes. The data are not evaluated for which types of leash caused which injuries, but it is “likely,” says that organization, that “the amputations [of fingers, mostly] were caused by retractable leashes.”

Indeed, detractors of retractable leashes are so numerous that when you google “retractable leashes,” one of the options that comes up is “retractable leashes bad,” with dozens and dozens of entries to click on. The horror stories run the gamut from describing cuts sustained by trying to pull back on the leash as a dog darted out to much more gory scenarios. One person describes an incident in which her brother was riding his bicycle down a dark road at night. A woman and her daughter were on one side of the road, their dog, on the other. Unbeknownst to the cyclist, a retractable leash, completely invisible in the darkness, connected the woman to the dog. The leash became entangled in the bicycle’s front wheel, causing the bike to flip over and landing the rider in the hospital, unconscious and bleeding with a badly broken nose. Other stories show pictures of children with very long, deep cuts on their legs suffered when a retractable leash cut into them as a dog ran past. There are also hard-to-look at photographs of dogs mangled by bigger or stronger dogs because a retractable leash kept the aggressor dog too far from its owner for the owner to be able to exert control in time to pull the dog off. Most often came stories of skin burns and finger cuts as out-of-control dogs caused retractable leashes to snap their way across people’s arms, hands, and legs.

Nicholas Dodman, BVMS, the director of our Animal Behavior Clinic, isn’t surprised. For situations in which a dog needs to be on a lead, he says, “you need [more of] a solid bridge between you and the dog for proper control at all times,” adding, “if your dog can go 15 or 20 feet in front of you and 15 or 20 feet behind, there’s not a lot of leadership from you. You’re handing over to your dog an unusual dose of freedom. That’s okay if you’re walking down a hedgerow looking for rabbits. But when you’re out in public, a retractable lead surrenders control to the dog, giving him too much autonomy to make bad decisions.”

Part of the problem is that when a dog is getting himself into a dangerous situation — darting out into the street to chase a squirrel when cars are coming, running at full tilt to intimidate another dog, or person — many types of retractable leads don’t allow enough time to “reel in” the errant pet. “You can lock the leash while you’re 20 feet away from your dog,” Dr. Dodman says, “but you have to walk toward the dog to shorten the line.” Then you must re-lock and do some more walking to shorten the lead even more.” In other cases, the lead simply doesn’t retract quickly enough. Factor in that a dog’s reflexes are much faster than a person’s, and it becomes all the more probable that by the time you’re applying the brakes, the dog is already out in the street, whether or not there’s an oncoming car. Or he’s attacking another dog, scaring him or even biting him before you can bring him in closer and away from his target. Even the instructions that come with the flexi Leash describe a somewhat intricate four-step process “to bring your dog nearer”:

Extend your arm forward and press the brake button.

Step toward your dog and at the same time bring your arm to your side.

In the time it took you to read that, a dog far apart from you on a retractable leash could be killed by a car, bitten by another dog, or have bitten another dog — or person.

Another possible unintended mishap, or even tragedy: a retractable leash can twist around a dog’s neck or legs, causing entanglement or strangulation. If a dog panics and pulls, which would be a very reasonable reaction, the leash can pull even tighter around him.

What also happens with far too much regularity is that people end up dropping the bulky handle or having it yanked out of their hand when their dog runs after something. (Keep in mind that retractable leashes tend not to have wrist straps that help keep them firmly attached to you.) The resulting lack of tension can send the relatively heavy handle hurtling toward a dog and hitting him in the head or some other part of his body, causing injury. Then, too, some dogs pop, or break the leash while running. A dog accelerating to chase something interesting exerts a great deal of pressure on the line. The more line you let out, the stronger the force with which he can pull it as he makes his way toward the intended creature or person. Even a small dog can pull with enough pressure to cause problems. The length of the leash allows him to run and build up speed. In some cases, that can even cause an owner to fall.

Part of the problem with a retractable leash is not the leash itself but the idea among some owners that the long lead can take the place of good training, of good leadership on their part. They believe, in effect, that the leash can act as a sort of babysitter while their attention can be elsewhere as they hold the handle some 20 feet away. That mindset will not serve.

Neither will a dog’s mindset that he doesn’t have to listen to his leader, and unfortunately, a retractable lead may very well help cement that way of thinking in a dog’s brain. Says Dr. Dodman, “dogs who are allowed to go hither and thither on a flexi Leash and don’t feel their master at the helm because they are so far away are more likely to be making their own bad decisions in general. The long lead kind of undermines an owner’s leadership position because he’s not as directly in control as when the leash is shorter.”

Even a generally well-behaved dog must have your attention on him when the two of you are outside together. It becomes all too easy to forget that when a distance at least half the length of a grocery store aisle separates the two of you. Attach a dog who is not well trained to a retractable lead, and the situation becomes particularly dicey.

Which brings us to another point. Well-behaved dogs that are solidly under your control are the only ones who should be considered for retractable leashes. Even the “Special Precautions & Directions” that come with the flexi Leash, billed by its manufacturer as the “World’s #1 Selling Retractable Leash,” say that “anyone who uses this leash must be able to control the dog and watch the dog closely at all times to keep it from running off or wrapping anyone in the cord/tape/belt….Do not use this leash with a disobedient or uncontrollable dog.” Unfortunately, those who use retractable leashes are often enough the very owners of dogs who have never been taught appropriate limits or to listen to their human guardian’s cues to “come” or “wait.” The person feels bad that their untrained dog cannot run free in a dog park or other area where he might act too aggressively toward other dogs or people, so they get the leash with the very long line as a way of letting the dog have some extra freedom but not letting go of the reins, so to speak.

The problem is that those dogs still lunge and engage in other kinds of behaviors that make them unsuitable for a separation of 10 to 20 feet from their owners. Like we said before, the retraction capability of the leash simply cannot respond quickly enough. That’s why a retractable leash can never substitute for responsible training. If you’re going to use one, you have to feel confident that your dog will still come if you call and “wait” or “quit it” if you tell him to.

That might sound counterintuitive. Why bother getting a long lead if you still have to put so much into making sure your dog does what you say? The reason is that the lead just helps you stay connected to your dog if you want him to remain on the leash for whatever reason (a high prey drive that will send him scurrying toward every squirrel and chipmunk, for instance). It’s not a behavior substitute. In fact, as readers of Your Dog know, we are big believers in the Gentle Leader — and feel that even with retractable leads, that apparatus is in order so you can help your dog behave correctly if need be by gently tugging upward on the leash.

So when does a retractable leash make sense? If you have a well-mannered, well trained dog, a good place to use one might be an open field where the line cannot become entangled in bushes or around tree trunks or other people’s and dogs’ legs. A park or a rural area, as long as it’s away from a road, would be another potential spot. But the potential for hazard is high enough that if you do take your dog to a park with some wide-open spaces, you should walk your pet from the parking lot and into the park using a regular, non-retractable leash. Then switch, not removing the first leash until the retractable one is firmly in place. When the walk is over, switch leashes in reverse before reaching the parking lot.

At all times keep a good watch over the proceedings. When in doubt, keep the line to a length of no more than six feet or so. Better safe than sorry. And if you do run into a situation where your dog is darting way ahead of you to wreak havoc on another dog — or person — or might simply cause the leash to scrape against another animal or someone walking and create a burn or laceration, work against any instinct to pull in the leash with your hands. That’s where the bleeding, scrapes, and amputations come into play. 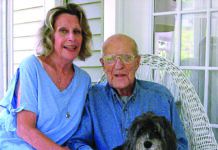 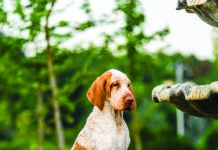