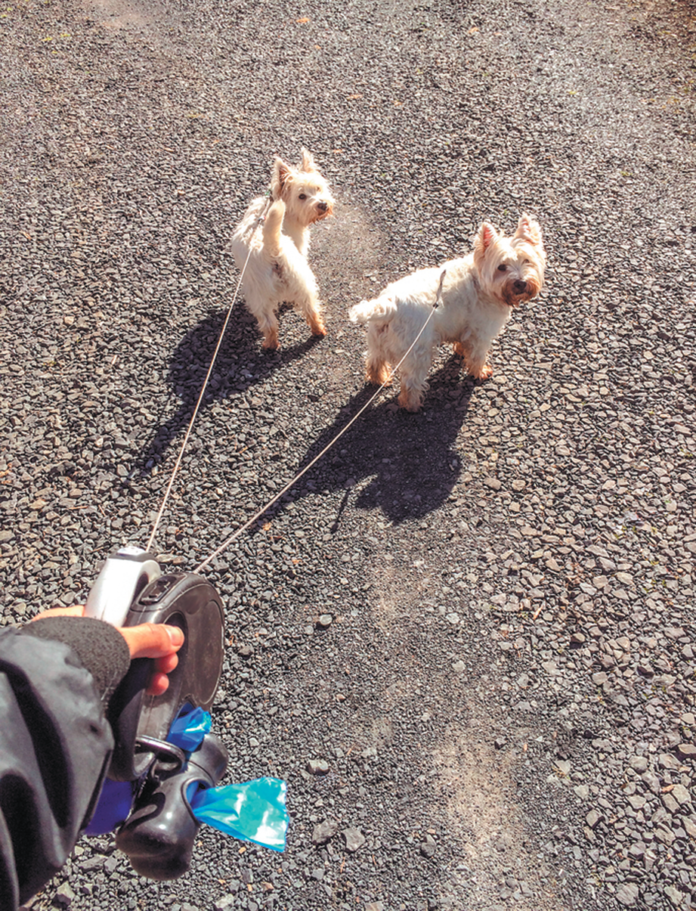 For an ill-trained dog who won’t come when called or gets into scrapes with other dogs or people when off leash, a retractable leash may seem the perfect solution. It allows an unruly pet more freedom than a regular leash as the line unfurls — 10, 15, or more feet. But an untrained pet is the very dog for whom a retractable leash is a bad idea. That’s because it doesn’t take the place of responsible training that teaches dogs to “come” “wait,” and “leave it.” So dogs on retractable leashes continue to lunge, pull, and engage in all kinds of other undesirable behaviors, just as they do on short leashes, but the leash’s lock mechanism doesn’t let them be “reeled in” fast enough to contain the havoc. You have to walk toward the dog to shorten the leash, which takes time.

The upshot: the sharp-edged leashes cause finger burns, cuts, and amputations as people try to pull on the line rather than move closer to the dog and press the lock button. Or the long leash becomes tangled around fingers and other body parts. A number of years ago, Consumers Union, publisher of Consumer Reports, pointed out that in a single year alone, there were more than 16,000 hospital-treated injuries associated with leashes. The data were not evaluated for which types of leashes caused which types of injuries, but the organization stated it was “likely” that amputations (of fingers, mostly), “were caused by retractable leashes.”

Significant harm comes to others, too. In one incident, someone was riding his bicycle down a dark road at night. A woman and her child were on one side of the road, their dog on the other. But what the bicyclist did not know was that a retractable leash, invisible in the darkness, connected the woman to the dog. The leash became entangled in the front wheel, causing the bike to flip over. The rider landed in the hospital unconscious and bleeding, with a broken nose.

In other mishaps, children have ended up with long gashes on their legs when a retractable leash cut into them as a dog ran past. Sometimes small dogs get mangled by large, aggressive dogs on retractable leashes whose owners can’t get to them fast enough because they are too far away. A retractable leash can also wrap around the neck or legs of the dog it’s attached to, causing harm to the pet and pulling the owner to the ground if the dog yanks hard enough in a struggle to free himself. Even Flexi Leash, maker of one of the most popular retractable leashes, comes with “Special Precautions & Directions” that has sections called “Finger Amputation and Fractures,” “Eye and Face Injuries,” “Falls,” and “Injuries to Bystanders.”

The right circumstances for a retractable leash

Perhaps counterintuitively, the only dogs for whom retractable leashes are a safe option are those who are solidly under their owner’s control. As Flexi’s warning pamphlet advises, “Do not use this leash with a disobedient or uncontrollable dog, since they are more likely to wrap the tape/belt around people or to run off at high speeds” (possibly pulling their owners to the ground). In other words, they can properly be used for a dog who perhaps has a high prey drive and who is generally well behaved but hasn’t fully gotten the hang of “Come.”

Not only should the dog be well trained, but the leash should also be used only in spaces that do not have a lot of other people, dogs, or other obstacles. That means not in a veterinarian’s office, on the sidewalk, or in a dog-friendly park with lots of other animals. More suitable places would include an open field or a quiet park or rural area far from the road.

That cuts down considerably on its appropriateness for many situations, but better safe than sorry. A retractable leash can never be a “babysitter” that takes the place of responsible training. Indeed, retractable leashes often teach dogs inadvertently that they don’t have to listen to their owners. The dog learns that if he does something he’s not supposed to 10, 20, feet away from his human guardian, he is essentially free to make his own decision about how to conduct himself, for better or worse.

Help your dog in the more time-consuming but more effective way. Teach him to connect with you by training him to heed your cues within the security of a positive relationship. Keep rewarding him when he gets it right and thereby making sure he is happy as well as safe. 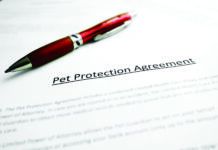 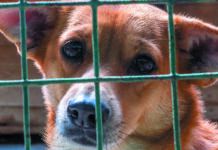