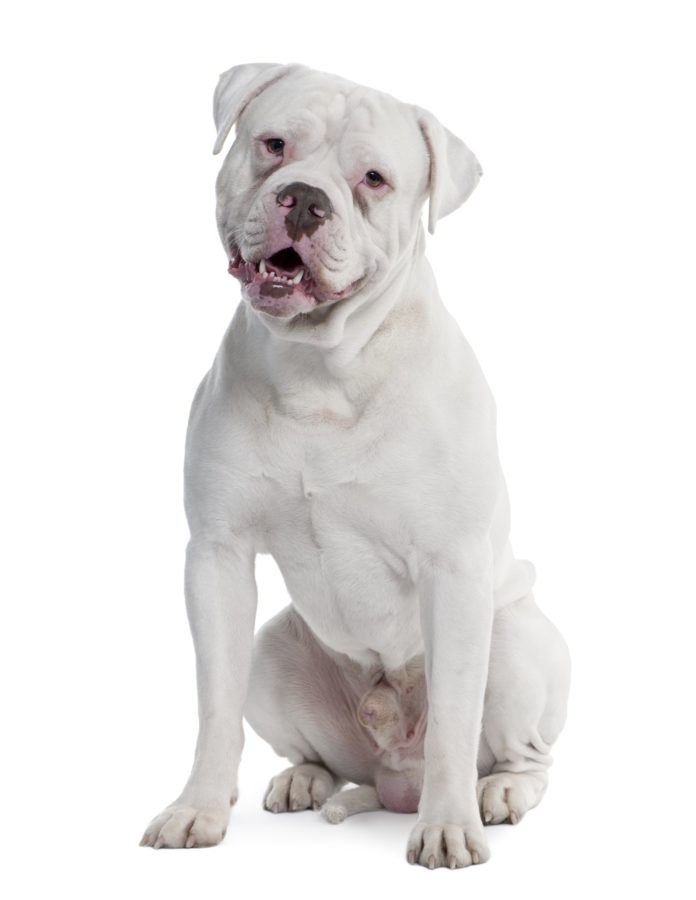 White boxers and certain other completely white dogs suffer increased rates of deafness. The two go hand in hand. It has to do with the lack of migration of pigment cells during a particular time in fetal development. They start out on the neural crest (the top of the head), then are supposed to move to the rest of the body, including the inner ear, where their function is not to provide color but to allow a series of sound transmission events there that allow dogs to hear. But if something “doesn’t get turned on properly while a dog is in utero,” explains genetics researcher Elinor Karlsson, PhD, the pigment cells will not migrate like they’re supposed to and the puppy will be white. Luckily, if even a tiny bit of pigment makes it into the inner ear, hearing is not affected. That’s why most dogs that appear completely white can hear.

People with a condition called Waardenburg syndrome have the same problem. In utero, a mutation of certain genes can cause both pigmentation abnormalities and hearing loss. The genes make melanocytes, which form the pigment melanin. Those affected with the disorder undergo a disruption in melanin formation and often have different colored irises (or two colors in one iris), a white forelock, and patches of white skin (Vitiligo), in addition to being deaf.

Scientists find the genes responsible for diseases like Waardenburg syndrome by looking for genetic differences between healthy and sick individuals. It’s much easier to locate the errant genes in dogs than in people because dogs from a single breed, like Boxers, are so much more closely related genetically than a group of people. You don’t have to look at nearly as much DNA material to pinpoint the problem; it’s easier to zero in. The good news here is that by finding the problem genes in dogs, scientists can work backwards to finding them in people since the human genome has already been mapped; researchers can locate things if they know what we’re looking for. Then they can work on solutions for learning how to turn genes on and off so that they trigger pigment production and migration at the right time in fetal development.

That’s the why and wherefore of Dr. Karlsson’s research — to locate in dogs those genes responsible for diseases that also affect people: heart disease, diabetes, different cancers, and also obsessive compulsive disorder, narcolepsy…there’s almost no end to the medical problems shared by the canine and human worlds.

Who knew that when people were creating modern dog breeds a couple hundred years ago, they were setting the stage for contemporary geneticists to begin to get at therapies, and even cures, for illnesses that plague both man and man’s best friend?

For a fascinating discussion with Dr. Karlsson on how it all works, turn to page 8.