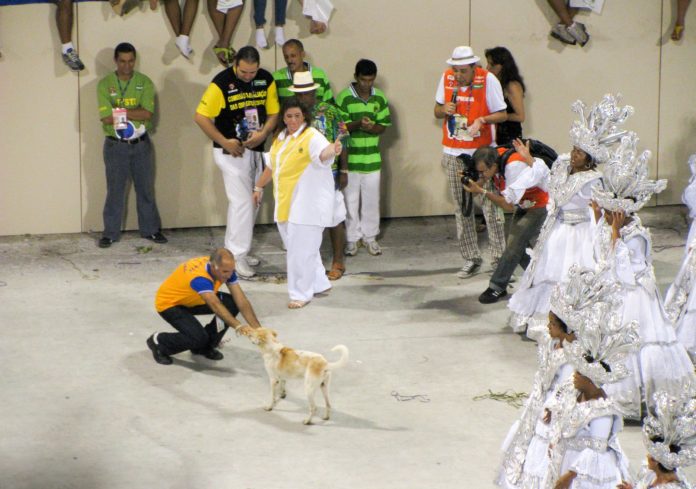 You know that picture you have in your head of everyone walking around the streets of Paris with a pampered pet poodle? Well, delete the photo from your mental files. More than 40 percent of pet owners in France have cats, while only 20-something percent have dogs. Fifi is feline, not canine.

This from GfK, a London-based market research firm that conducted an online survey of 27,000 people across 22 countries.

Here’s another image to delete, based on the survey results: the one of a British citizenry taking their beloved dogs into their local pubs to hang out while they enjoy a pint and sing silly songs. The UK has an equal number of dog and cat owners.

The largest percentage of dog owners is not here in the U.S., either (although dog owners do trump cat owners in the States, 50 percent to 39 percent, with fish and bird owners trailing). It’s in Argentina that dog owners rule. Fully two-thirds of people with pets in that country report having a canine pal. Following close on Argentina’s heels for puppy love is Mexico, with 64 percent of pet owners having dogs. In third place for dog ownership among people who bring animals into their lives comes Brazil. Fifty-seven percent of Brazilians with pets have a pet dog — twice as many Brazilians as cat owners. However you look at it, our neighbors south of the border beat us soundly in making dogs members of their families. And Canada isn’t helping! They have slightly more cat owners than dog owners.

Our Latin neighbors don’t only have more dog owners. They have more pets, period. Eighty percent of the survey takers in both Argentina and Mexico report having pets, with Brazil close behind at 75 percent. Next in line for pet ownership, at 73 percent, comes Russia, where the preferred pet is a cat by almost two to one over dogs. (Interestingly, both the Czech Republic and Poland, no longer behind the Iron Curtain, prefer dogs to cats by wide margins.) The U.S. is fifth in line for having pets, with seven in 10 of us living with an animal other than a human.

People in Asian countries appear the least likely to own a pet, with Japan, Hong Kong, and South Korea all hovering in the 30-something percent range for any furry, feathery, or fin-bearing household members.

Here are some other surprises. More women than men the world over own dogs as well as cats. Turns out a dog is a woman’s best friend, too. Men, however, are more likely to have a pet fish. (Ladies, please quit guffawing.) And in Turkey, it’s bird owners who rule the day, with one out of five pet owners there having an avian family member.

But as pets, dogs still top the chart when you aggregate all the numbers. Across all 22 countries surveyed, 33 percent of people who owned pets owned dogs, compared to 23 percent for cat owners. It is not a world gone mad after all.