Q. About four months ago we adopted the sweetest rescue dog named Violet — a Lab mix of about 60 pounds who loves to take walks with us, fetch toys, and is generally happy to be in our company. A couple of weeks ago, however, we noticed that she has started to get up and walk away when our youngest child, 9 years old, comes over and tries to play with her. Our daughter does everything to forge a bond — getting down on the floor and putting her head right next to the dog’s, putting the leash on her and walking her around the house, and trying to reinforce the tricks we have taught our new pet, like “Sit” and “Down.” But Violet does not seem to want to be in our daughter’s company, and one time even gave a low growl. We are worried. Should we take her back to the shelter?

A. Because the dog has growled at your child, at this point in time you should never leave the two of them alone together — not even for a few seconds when you run into the kitchen to get something. Your dog is giving very clear signals that she is not happy with your daughter’s attention.

What might be going on is that your daughter is forcing herself on the dog in a way that looks adorable to people but that your new pet finds grating and disrespectful. You are far from alone in this; it’s a typical scenario. In an effort to “claim” closeness and show how bonded she is to a pet, a young child will push herself on the dog. Some children make a dog stay put when she doesn’t want to. Others hug the dog around the neck, which many dogs find uncomfortable and aggressive, while still others insist that the dog be walked on a leash. The dog ends up getting dragged this way and that because the child doesn’t understand that she likes to stop and sniff things or simply might not feel like going for a walk. And when children “train” dogs, they often bark orders. They mistakenly think training is about having power rather than about working with the dog to learn new ways of communicating.

The solution is to teach your child to act in a way that Violet will find respectful. Dogs should not be forced to stay in one spot or endure hugs they don’t want or be trained in a manner that seems harsh (and perhaps with no reward of a treat when following through). They are also not toys to “play with” if a child is bored. Instead, with your supervision, they should be called by a child — from a distance — to see if they want to play or hang out together. That is, it’s much better to teach your daughter to call out to the dog and see if she feels like coming over for petting, a toy, or a treat rather than to force herself on your pet. That’s the way for an enduring bond to form.

Once your daughter regains your dog’s trust, things should settle down. It falls upon you to teach your daughter how to touch your pet, play with your pet, train your pet, and give your pet distance when she wants it. 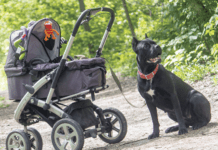 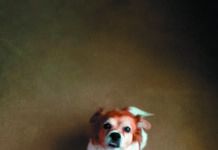 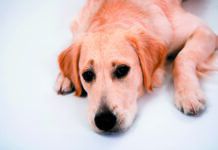