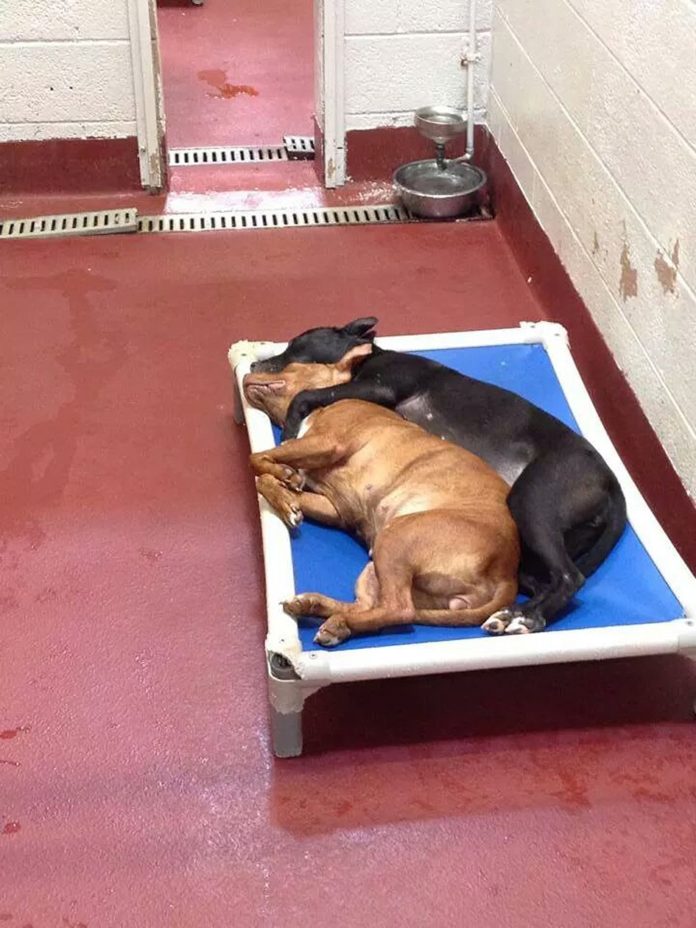 Swans mate for life; it’s a monogamous pairing. But do dogs? And if they do, is their love romantic — a combination of genuine affection and sexual attraction?

“I don’t know that I would go that far,” says Tufts Animal Behavior Clinic Director Nicholas Dodman, BVMS, DACVB. “In many senses it’s quite similar. Maybe there are canine couples with long-lasting affection. But I just don’t think I can extrapolate it to romantic love the way people think of it.”

Part of the issue, he says, is that most dogs people live with are neutered, so “there’s not much of a sexual thing. But to a certain degree it’s a matter of semantics.

“My two dogs, Rusty and Jasper — they’re both boys. But they’re so close that they lie down together like a couple of C shapes, spooning. They’re inseparable. They come in from the rain, and Rusty will lick the raindrops off Jasper’s back, groom him. And vice versa. They just dote on each other.

“We know there are some dogs who become so close that when one dies the other goes into a frank depression. Some actually lose weight and fade away. How powerful is that connection, that when it’s broken, it causes clinical depression?”

The Greeks had more than one word for love, Dr. Dodman points out. “There was romantic love. There was love for your children, love for your parents, the love of your brother.” Interestingly, he says, all kinds of love involve the hormone oxytocin. When a baby passes the birth canal, there’s a release of oxytocin, as there is during nursing. In certain animals it has been shown that oxytocin, dubbed the love hormone, is released during mating. So at the biochemical level, at least, there’s a lot of overlap.

Karen Hirsch, Public Relations Director of Lifeline Animal Project, a non-profit Atlanta-based organization working to end euthanasia of treatable dogs (and cats) in her area, takes it all a step further. “I do believe that dogs fall in love, because I’ve seen it over and over again,” she says. The intense partnering of two dogs can be so evident, and at times so heartbreaking, she comments, that the shelters that partner with her organization strive to find owners willing to take both animals.

What is it about these dogs’ relationships that resembles human love? “These pairs always get upset when separated and usually try to comfort each other,” says Ms. Hirsch. “The males tend to become protective of the females when they perceive them to be around a dangerous person or in a danger situation. And the females tend to care for their guys as well, grooming them, staying by their side, and playing with them.”

Ms. Hirsch’s days are punctuated with evidence of such pairings. One example of a love connection is Kyra and Delaware, who first met at the shelter and were soon snuggling together most of the day. If anyone attempted at first to remove Kyra even briefly, that person was met with Delaware’s barks and cries that did not cease until Kyra was returned to him.

Sometimes the expression of love can be haunting. A while back, a motorist spotted a dog named Herman standing over his “girlfriend,” who had been hit by a car. The passing driver was so moved by Herman’s expression of grief and desperation as he stood guard over his female friend that he took a photograph and sent it to Ms. Hirsch’s organization to get the dogs the help they needed.

“It was like Herman was pleading for someone to stop and save his girl,” says Ms. Hirsch.

In other words, between some dogs, the heart knows no bounds. Even Dr. Dodman isn’t taking a firm stand on the nature of the love two dogs can feel for each other. “Romantic, I think, is probably stretching it a bit far,” he says. “But I could be wrong.”