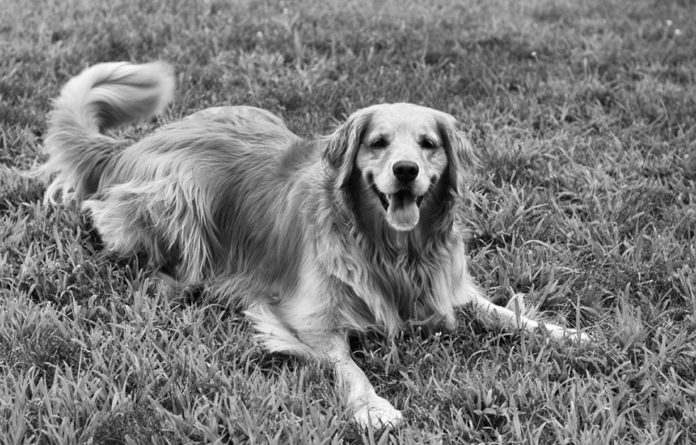 We’ve all heard about right- and left-brained thinkers, the right-side thinkers being pegged as more logical and analytic and those thinking from the left as more intuitive and emotional. That is, there’s an asymmetry to the brain’s organization and function.

The idea of different brain hemispheres controlling different aspects of thinking, and feeling, has been preliminarily observed in dogs, too. A couple of years ago, researchers in Italy published a paper in which they observed the tail-wagging direction of dogs presented with four different tail “triggers”: their owners, a cat, a dominant dog, or an unfamiliar person. For their owners, the dogs were apt to wag their tails vigorously to the right (from the dog’s point of view). Unfamiliar, dominant dogs, on the other hand, caused their tails to wag to the left. Since the brain’s hemispheres control action on the opposite side of the body, it indicates that the left brain is associated with positive feelings and social good will. That’s why the dogs wagged to the right upon seeing their owners. The right side of the brain is more closely associated with reactions like anxiety and the fight-or-flight syndrome. Thus, the left-sided wagging of the dogs “confronted with” unfamiliar dominant sorts of their own species.

Now, the same researchers, led by Giorgio Vallortigara of the Center for Mind/Brain Sciences at the University of Trento in the north of Italy, have found that other dogs recognize the meaning in the difference. In a new study, they showed 43 dogs of varying breeds some videos of dogs with both left- and right-sided asymmetric tail wagging. When a videotaped dog wagged to the left, the dog watching the film not only appeared anxious but also experienced an increase in heart rate. On a biological level, he was getting ready to run — or stand his ground. When the videotaped dog wagged its tail toward the right side of its body, most of the dogs watching the film remained relaxed.

The researchers don’t think that when a dog wags his tail in a certain direction, he’s trying to consciously communicate a message. That part just happens. It’s sort of like goose bumps; you can’t control it. But nonetheless, the message is apparently received loud and clear by the dog observing the action.

We have said before in these pages that a wagging tail does not always mean a dog is happy; it just means emotions have been aroused. If you watch for which direction a dog’s tail is going, you’ll apparently get a clue on which way the wind is blowing, so to speak. n