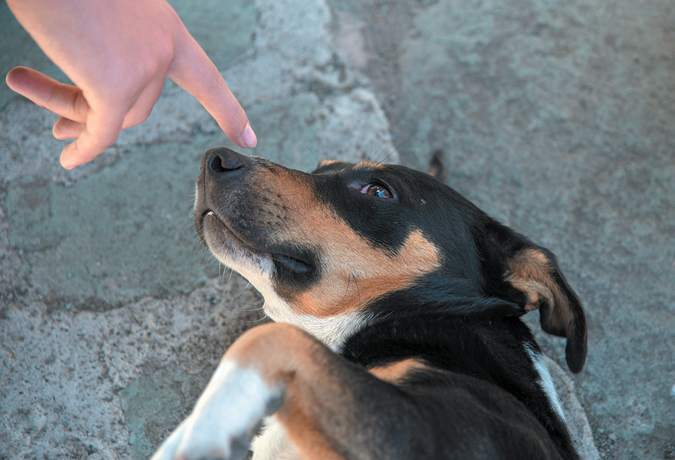 You consider yourself a loving dog owner who would never hit your pet or otherwise cause harm. But did you know that even mild forms of punishment you might inflict regularly without thinking could damage your dog’s psyche and create behavioral issues?

Researchers at Portugal’s University of Porto made the point when they videotaped 42 dogs being trained by schools that engaged in reward-based behavior and 50 dogs being trained by programs that used aversion-based tactics, including yelling, leash jerking, and pressing on dogs’ rumps to get them to sit.

The investigators observed that during training, the dogs who were being taught with negative reinforcement and physical punishment were more likely to exhibit behaviors that indicate stress, including lip licking and yawning. When the researchers then measured the dogs’ saliva for the stress hormone cortisol, those who were punished during training for getting it wrong had higher levels. Dogs who had been rewarded for getting it right, on the other hand, had no changes in their cortisol levels. But the effects were even worse than that.

To see if negative or positive training had a lasting impact, the researchers engaged dogs from both groups in an experiment. They placed a bowl on either side of a room, putting sausage in one and nothing in the other. After training the pets to associate one side of the room with the delicious treat and the other with no treat at all, they placed an empty bowl at various locations between the other two positions and measured how quickly the dogs approached it to see if they might find some sausage there.

Dogs trained with rewards instead of punishment excitedly ran to the middle bowl. They saw the bowl as half full, so to speak, rather than half empty. The more punishment a dog had received, on the other hand, the more slowly it moved toward the bowl in the middle. Such dogs were pessimistic that doing so would result in something good. A negative, pessimistic mindset in dogs has been associated with separation anxiety and other psychological difficulties that can lead to behavior problems. It also makes it harder for dogs to cooperate in their training.

“The findings in the study are very much in keeping with what I see in my work,” says the head of the Tufts Animal Behavior Clinic, Stephanie Borns-Weil, DVM. “Dogs trained with aversive techniques tend to show little enthusiasm for training and may even be very avoidant, whereas dogs trained with positive reinforcement are eager to learn.”

The takeaway here: our dogs are gentle, soulful creatures, even the exuberant ones who slobber and want to rush in different directions while out walking. Loving them but yanking their leash, yelling at them, or trying to physically get them to do what you want hurts them — and also hurts the bond you want to build with them. 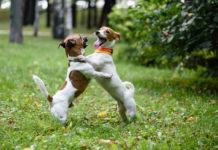 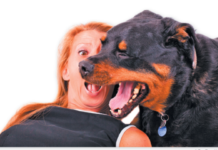 Growl, Snap, Bite — In that Order 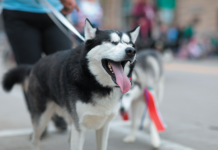 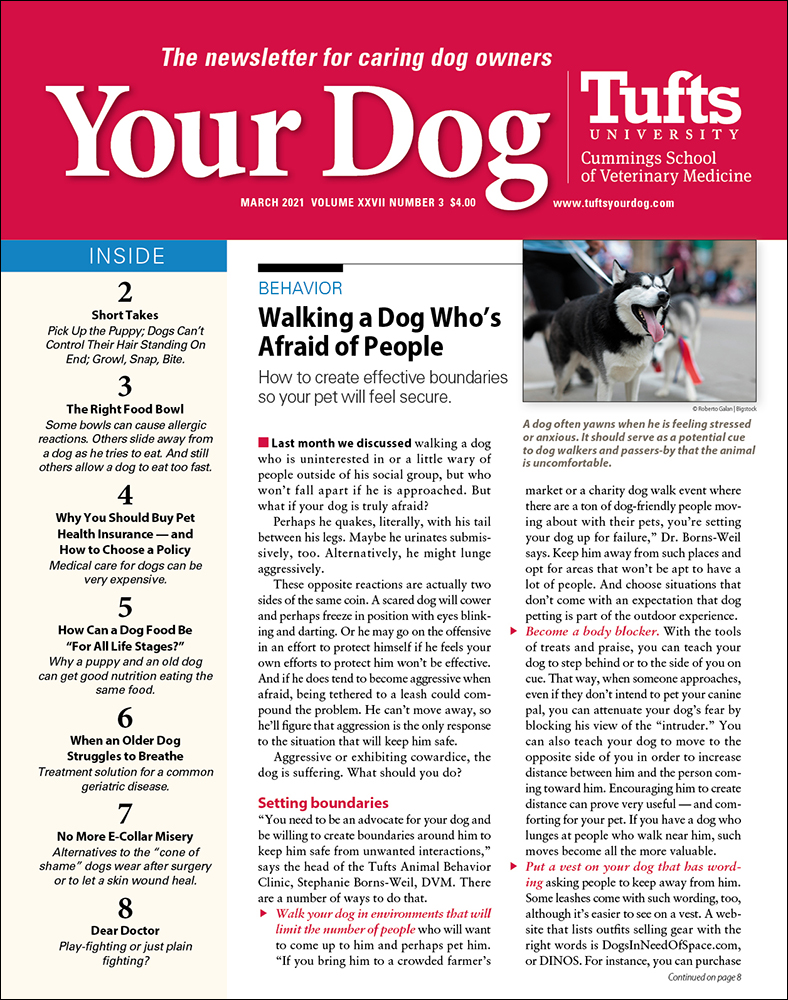