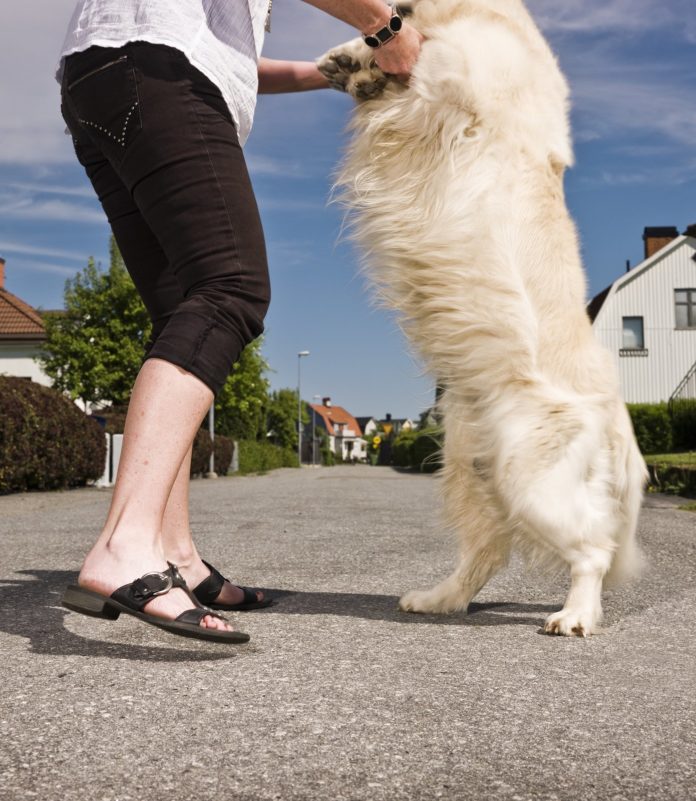 You Tube teems with “dancing” animal videos, including dogs. And you’ve probably heard of musical freestyle, a type of intense training that requires dogs and their owners to work as a team in order to dance together. We have been flabbergasted at the performances some human-dog duos have been able to put on, including one demonstration at which a woman and her border collie moved to the sizzling Bolero. Dressed in a matador costume, the owner twirled as the dog circled around her, after which her pet repeatedly jumped over her legs while she completed a string of high kicks. Finally, the dog stood on his hind legs, and, pretend Latin lover that he was, put his paws on the woman’s hips as they moved across the floor together! Alas, the dog was not moving to the music.

Scientists are now saying that the only creatures besides humans who are capable of truly getting their groove on are birds, and only some, at that. It may come down to brain circuitry present in both species, which enables imitations of sounds and is also connected to learning speech.

Aniruddh Patel, PhD, first proposed the brain circuitry connection idea at the Neurosciences Institute in San Diego in 2006 while he and colleague John Iverson ran brain scans that revealed an interweaving of our hearing system with the motor control systems that lead our muscles to do what they do. Then Dr. Patel heard about You Tube sensation Snowball, a medium sulfur-crested Eleanora cockatoo whose fancy footwork and head bobbing in time to music were on their way to earning 5.6 million hits. A visit to Snowball’s Indiana home convinced Dr. Patel that no off-screen prompting was involved in the bird’s dancing and, also, that his white head bobbed in sync with music that was sped up and slowed. He even faltered in his steps as a child might, regrouping after a moment in step with the tune.

Meanwhile, Harvard University psychology graduate student Adena Schachner was studying Alex, an African Grey Parrot whose dance moves at a Massachusetts animal cognition lab were causing a stir. Schachner and colleagues experimented by playing new music for Alex who, to their surprise, responded with head bobs that correlated with the previously unheard tune. Though Alex died before the team could do more research, they went on to study a wealth of animals purportedly dancing on You Tube videos — about 5,000 of them — and concluded that only 33 showed movement actually in sync with music, with 14 different species of parrots and perhaps one elephant capable of the feat. No dogs.

It apparently comes down, at least in part, to the sequencing of proteins in DNA. A gene found in birds and people, Forkhead box protein P2, or FOXP2, is linked to baby birds’ ability to learn songs and a toddler’s ability to learn to speak. The gene is expressed in the brain’s basal ganglia, where levels of FoxP2 protein’s activity appear to increase just before a bird begins to change its song, according to researchers at Duke University Medical Center and the Max Planck Institute for Molecular Genetics in Berlin.

This doesn’t mean that freestyle dancing is a false form of environmental enrichment for a dog. It can strengthen an already close bond with the owner — the dog must learn to follow cues in quick succession — and is especially good for dog owners who aren’t very fast or athletic and don’t want to throw a Frisbee or ball around, but who love music and enjoy training their dogs and giving them some intense environmental enrichment. Your dog just isn’t going to have one of those days where he “can’t get that tune out of his head.”

Even so, that doesn’t mean music doesn’t have the ability to affect a dog in any way whatsoever. When psychologist Deborah Wells at Queen’s University Belfast exposed shelter dogs to music ranging from popular to classical, she found that heavy metal bands like Metallica appeared to agitate them; they barked in response (or protest — you decide). Pop music, on the other hand, was reacted to in the same way as periods of quiet and recordings of human conversation. That is, there wasn’t much of a reaction at all. And classical music appeared to calm the dogs. Barking was noticeably lessened, and the dogs tended to settle down and even rest.

Thus, while your dog may not be able to cut a rug or hold a tune in his head, he is still reacting to the sounds music makes, although not as a musical pattern. Writes researcher Wells, “it is well established that music can influence our moods. Classical music, for example, can help to reduce levels of stress, while grunge music can promote hostility, sadness, tension, and fatigue.” For that reason, it is now believed that dogs may be as discerning as humans when it comes to music preference.