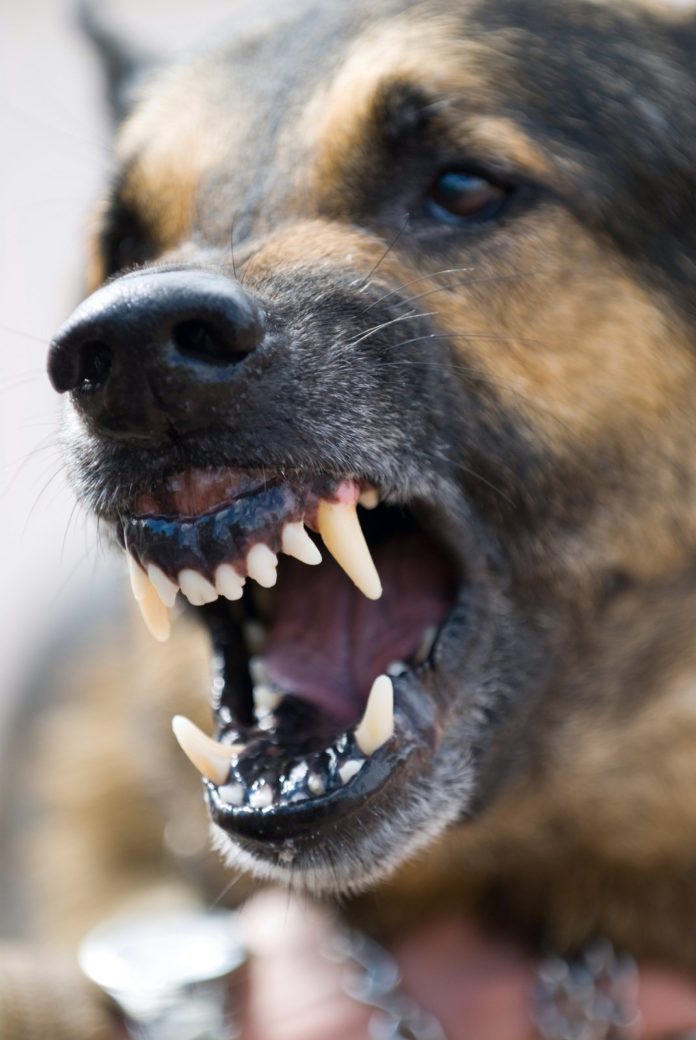 “We deal with aggression in the clinic every single day and have for the last 30 years,” says Nicholas Dodman, BVMS, DACVA, DACVB, a world-renowned animal behaviorist. “It is the number one behavior problem across the board. Fully 70 percent of the cases that come into the Tufts Animal Behavior Clinic are about aggression.”

All canine aggression should be treated with behavior modification, Dr. Dodman says, and depending on the type of aggression, there are various methods for dealing with it. For instance, for what is known an instrumental aggression, which is aggression a dog uses strictly to assert his will, a good leadership program is in order. The owner teaches the dog to work for food and attention; it’s a firm but fair approach in which the dog learns that nothing in life is there simply for the taking.

Sometimes, however, behavioral modification alone doesn’t cut it. The aggression may be attenuated but not effectively brought under control. In such instances, Dr. Dodman says, pharmacologic treatment may need to be added to the program. But the idea of giving dogs psychotropic drugs to help curb an unwanted, and often unsafe, behavior has been in some circles a lightening rod for controversy. People have been either very much for it or very much against it.

To get a handle on whether and when medication may be appropriate for an aggressive dog, and for a dose of perspective on drugs for handling behavioral problems in general, we talked with Dr. Dodman in a broad-ranging and elucidating interview. Not only a behaviorist but also a veterinary anesthesiologist, he knows a great deal about administering drugs, not only for controlling pain but also for other issues associated with brain function.

Your Dog: When you tell clients that their aggressive dog needs medication on top of a behavior modification program, how do they take it?

Dr. Dodman: It’s polarized. Some people won’t even take drugs themselves. They try to ‘work through’ a headache rather than take aspirin. They are simply averse to medications, and they feel the same way for their dogs.

Others say, ‘I came to see you because I want medicine for my dog,’ even before the dog has been evaluated. I end up telling some of those clients, ‘Your dog doesn’t need medication.’

Then there’s the middle group. They come in and are kind of open-minded. ‘I have some trepidation about using meds. I don’t want to give drugs to my dog unless I really have to.’

Your Dog: Why do you think there’s so much trepidation around using drugs to curb aggression in dogs?

Dr. Dodman: Some people see taking drugs, particularly to control a psychological problem, as a moral failing. I don’t view it that way. The brain is an organ, just like any other organ. It can be sick and need medication to treat it. It’s not about a lack of character, either for a person or a dog.

Your Dog: How does medication treat a brain that is telling a dog to be dangerously aggressive?

Dr. Dodman: That’s a question whose answer contains an interesting history. Veterinary texts from the 1980s recommended what I call clunker drugs — big doses of Valium or phenobarbital. Essentially what you’re doing with those meds is sedating a dog out of his problem. I thought at the time that this was completely crazy because it is not what behavioral pharmacology is all about. It’s not about using a sledgehammer to crack a nut. It’s about something very specific, with a very pinpointed, or targeted effect, and without side effects.

That might be one reason some people are averse to the possibility of using drugs for their overly aggressive dogs. They are thinking back to those times 30 years ago and want to lose the problem but keep the pet. They don’t want to lose the pet in the process of losing the problem through the overkill of sedation. Well, they don’t have to.

Dr. Dodman: There are specific mechanisms in the brain that underlie aggressive behavior. If you look up neurotransmitters and aggression in the same search, you’ll find a lot of entries about a neurotransmitter called serotonin. And the bottom line comes down to this: when serotonin is in the normal range, a dog’s mood is stable and his confidence is high. If you adjust low serotonin levels to normal or a little bit above normal, you get an anti-impulsive, anti-aggressive effect.

Your Dog: And that’s relevant to drug usage because…?

Dr. Dodman: Because we now have drugs that work solely to increase serotonin levels in the brain. We don’t have to resort to medications that just knock a dog out, or make him lethargic. Everyone is now familiar with these newer meds — the selective serotonin reuptake inhibitors, or SSRIs, such as Prozac (fluoxetine), Paxil (paroxetine), Zoloft (sertraline) and Luvox (fluvoxamine). They increase the level of serotonin in the brain by blocking its reuptake by the system so it stays around longer. It’s like putting a plug in the bathtub so that the bathwater doesn’t drain out. That way, lots of serotonin remains between nerves, and aggression and impulsiveness are reduced. The dog is not sedated. He’s just feeling less threatened, less paranoid.

Your Dog: It’s that simple?

Dr. Dodman: Pretty much. I published my first study on this 20 years ago — 1996 — in the Journal of the American Veterinary Medical Association [a well-respected, peer-reviewed journal in which nothing can be published until it has been reviewed by a team of scientists in the field of study being written about]. Dogs were randomly selected to receive either fluoxetine or a placebo. One dog in that study was a Dalmatian who was biting his owner 43 times a week. He happened to be one of the dogs randomized to the drug. His aggression dropped to zero — for as long as we followed him.

I’m not the only one who has investigated this. A researcher at the University of Pennsylvania School of Veterinary Medicine — Ilana Reisner — has published quite a few articles, including one on springer spaniel aggression. In that study, she measured the concentration of serotonin in spinal fluid, which bathes the brain. What she found was that in aggressive dogs, the concentration was low. It was truly what people commonly refer to as a chemical imbalance.

If you restore the balance back to normal, with no physical or psychological cost, you solve the problem. I don’t know why people would not want to go that way.

I should mention that the inverse is also true. If you reduce serotonin, you increase anxiety and aggression.

Your Dog: You say that treatment of aggression has to involve both medication and behavioral modification — re-training. But this makes it sound like drugs by themselves can handle the whole problem. Why go through the trouble of teaching your dog new ways to behave?

Dr. Dodman: Drugs might help a dog not to act aggressively, but they won’t tell a dog how to act. Only a dedicated owner can show a dog what behaviors to replace aggressive behaviors with, how to get on in the world in a new way. In addition, not all dogs need medication to control their aggression. In many cases, behavior modification alone will do the trick, and why give a dog a psycho-pharmaceutical if you don’t have to?

Your Dog: How do you know which dogs need drugs and which don’t?

Dr. Dodman: In many cases, we have clients who come to see us and then learn to re-train their dogs pretty quickly. In fact, many dogs don’t need medication. You can produce super-useful improvement in 90 percent of cases within two months with proper behavior modification. Seventy percent of our clients actually say their dog is ‘cured’ within two months.

Your Dog: What are the steps people can take to train their dog out of aggressive behavior, whether with or without the help of medication?

Dr. Dodman: To a certain degree it depends on the nature of the aggression. [See sidebar on page 8: “The 8 Flavors of Aggression.”] For instance, maternal aggression, wherein a bitch who has just delivered a litter of puppies becomes unnecessarily aggressive to protect her young, requires a different approach from fear-induced aggression, which is a matter of a dog becoming overly aroused in a negative way around new people, or dogs, or other animals. And that, in turn, requires behavior modification techniques that differ from those you would use with a dog whose aggression is directed at his owner. For all of these, veterinarians who are behaviorists, as well as trainers educated correctly in behavior modification, have tactics to tamp down on the undesirable, worrisome behavior. The first step is taking your dog for an evaluation to a veterinary behaviorist or a qualified trainer who does not use punishment-based techniques.