Home DOG TRAINING AND BEHAVIOR They Mouth and Nip and Bite. We Mouth Off in Response....
Print
Email
Facebook
Twitter 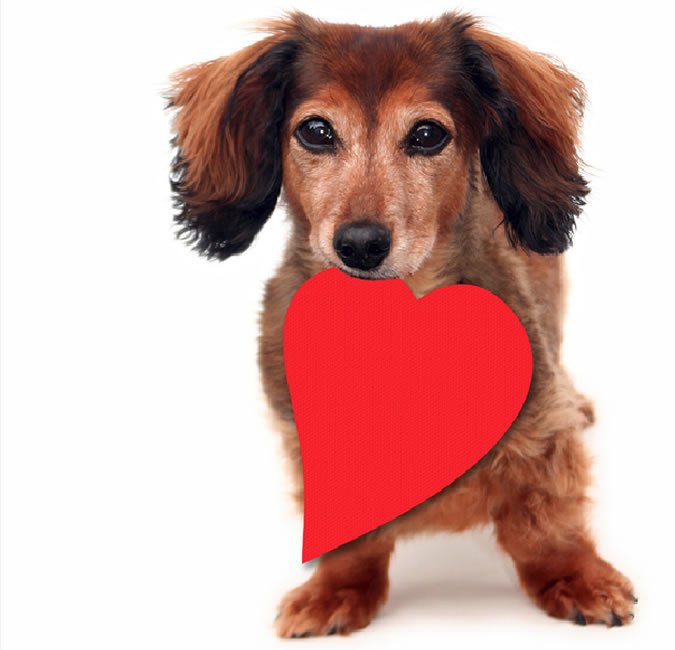 People have a pretty good sense of touch on their lips and around the face, to be sure. But most of our sense of touch is within our fingers. It’s exquisitely acute at the fingertips, in particular. A dog, on the other hand, could never use his paws for, say, reading Braille. The pressure receptors there just wouldn’t be sensitive enough to distinguish all those little dots and other shapes; the skin is too thick. The pain and temperature receptors in his paws aren’t terribly sensitive, either — a good thing for an animal who doesn’t wear shoes while walking over gravel and other uneven surfaces.

But what a dog lacks in his feet, he makes up for around his muzzle — that part of the face comprising his nose and mouth and the areas between and around them. In other words, the mouth is sort of like the dog’s version of hands. It’s what he uses to touch his world, literally, and make sense of it tactilely.

It’s no wonder, with that in mind, that puppies spend no small amount of time exploring their environment with their mouths, getting a feel for everything around them by touching things with their faces — things, people, other animals — and frequently getting a keener sense by nipping or even biting whatever piques their interest.

It can be awfully cute to watch a new pup learn his world by chewing on it — but not fun to feel when the puppy turns several months old and the object of his interest becomes you. As dogs grow into later puppyhood and then young adulthood and their jaws strengthen, they can cause significant pain, and even harm, with their mouthy explorations. Even without pain, it’s more than annoying to have a dog who won’t stop chewing your hands, limbs, and clothing while playing with you or interacting in other ways — which is why you should nip the behavior in the bud during your pet’s puppyhood, when he will be more sensitive to your reactions and less difficult to control in general.

It’s not that you can’t get a dog to stop mouthing and nipping once he’s an adult. It just takes more stick-to-it-iveness for grown-up dogs who didn’t learn as babies that human skin is very sensitive and that they need to be gentle.

The steps to take for teaching bite inhibition

The ultimate goal, says the American Society for the Prevention of Cruelty to Animals, is to train your dog to stop mouthing and biting people altogether. If all goes well in puppyhood, a dog’s littermates will do a lot of the work for you. Every now and again, a young dog will bite his playmate too hard. The playmate yelps and usually stops playing.

The ASPCA says that the “offender,” in turn, is taken aback by the cry and will stop playing for a moment himself. But soon enough, they’re back at it, with the lesson coming to be understood: other dogs like to play, but not too roughly. Via some more interactions of this type, dogs learn to control the intensity of their bites.

So, the thinking goes, if a dog can learn from other dogs how to act gently, why can’t he learn that from people? He can, and the teaching is essentially the same whether the dog is a puppy or fully grown. Here’s how it goes, says the ASPCA:

Repeat these steps no more than three times within 15 minutes. Dogs do not have long attention spans.

For dogs whose biting is more entrenched, you may need to move to the time-out method for ending the behavior. The yelping remains the same, but in this case:

As in the first set of directions, do not repeat the sequence more than a few times in 15 minutes.

To do this right, you’re not done when your dog learns to bite less hard. You’re done when he learns not to bite at all. Thus, says the ASPCA, when he isn’t delivering really hard bites anymore, “tighten up the rule” by requiring him to be even gentler with his mouth after he learns not to bite as hard as he had been. You can do that by yelping and stopping play when he clamps down only moderately hard. Keep going to less intense plateaus of biting until your dog reaches the point that he can play with your hands very gently, controlling the force of his mouthing to that point that you feel little to no pressure at all.

What Not To Do

To help keep your dog from wanting to interact with you by nipping or biting, the ASPCA suggests the following:

It’s not enough just to teach your dog not to bite you — and it’s also not quite fair to make him completely control his instinct to use his mouth. For that reason, along with instructing him by degrees not to clamp down on you (or other people), you want to provide him with opportunities to clamp down on inanimate objects, specifically, toys and treats.

So substitute a toy when your pet wants to start gnawing on fingers or toes. In fact, have lots of new and interesting toys on hand for him to chew. That will make your body parts less interesting. If your dog gets mouthy when you stroke, pet, or scratch him, as some dogs do, distract his attention away from the hand that’s trying to make him feel good and toward the other one — by feeding him small treats from it. This will help habituate him to being touched without the urge to nibble on you.

In particularly difficult cases, you can also open up opportunities for types of play that do not involve direct contact, such as Fetch or tug-of-war. Tug-of-war, in particular, may help a dog deal with high arousal and frustration and that need to bite on something. Wave the tug-of-war toy enticingly as soon as he starts his mouthing business on you. Ideally, he’ll begin to anticipate and look for that toy when the urge to mouth comes upon him.

As with any habit that you want to train out of your dog, make sure he gets plenty of time to romp outside and cavort with other dogs. The more you help your pet use his considerable energy, the more relaxed he’ll be around the house and the less inclined to engage in undesirable behavior — in no small part because he’ll feel you’re taking good care of him. He’ll want to please you.

When the mouthing and biting appear especially intractable, keep a leash attached to your pet inside the house. If he starts mouthing, calmly yet firmly walk him to a quiet area and either tether him to a piece of heavy furniture or confine him behind a baby gate. Then leave the area for a very brief time-out. When the time-out is over, release him and resume whatever you were doing.

The view among some animal behaviorists is that a dog who has learned to use his mouth gently when interacting with people will be less likely to bite hard and break skin if he ever bites someone under circumstances that are not about playing — say, if he’s in pain or afraid.

Let’s say nothing has worked — not the yelping, the going limp, the time-outs, the redirection toward non-human toys — nothing. If that’s the case, suggests the ASPCA, considering using a taste deterrent, something bitter. Spray it on areas of your body that your dog likes to nip or bite. As soon as he starts in, stop moving. He will react and let go, even if only for a moment. At that exact point, praise him lavishly for releasing his grip. You will have to do this for at least two weeks, but he will finally get the message that every mouthy encounter will be met with an unpleasant taste and give up the behavior.

Okay, so even the bitter taste you applied to yourself didn’t deter your pet. Before turning to a veterinarian who is board-certified in animal behavior — or a certified applied animal behaviorist (CAAB) or a certified professional dog trainer (CPDT) — try carrying a small can of peppermint or spearmint breath spray. The instant your dog starts to mouth you, yell “Ouch!” and squirt a short burst of the spray directly into his mouth. He won’t like the taste, says the ASPCA, and he’ll like the sensation even less.

Make sure your action is swift and smooth. If you have to struggle to aim for your pet’s mouth or if your dog becomes afraid of you or aggressive — or both — it won’t work and will tear down your bond in the bargain.

You should only have to do this a few times, and it truly is a last resort before going the professional route. The preferred way to teach a dog is to withhold positive attention, not apply punishment, which is what this is. At the same time, however, you can’t go around in fear of being bitten all the time, even though your dog doesn’t mean to hurt you.

The Difference Between Playing and Out-And-Out Aggression

Most of the time, mouthing is normal behavior for a dog even though it doesn’t work in a world he shares with people, which is why he has to learn not to engage in the activity. What’s not normal is biting as a result of fear or perhaps frustration, that is, biting that’s aggressive or precedes truly aggressive behavior. Of course, whatever the reason for a bite, a dog’s teeth on your skin hurts. The difference is that biting aggressively is a lot more dangerous and concerning; the physical behavior means something is wrong with the dog emotionally and that the aggressive behavior can easily ramp up. How can you tell the difference?

Most times it’s easy. It’s your dog, after all, and you’ll know when he’s horsing around mischievously. But if there’s any uncertainty, either with your own pet or someone else’s, here’s what to look for.

A dog who’s play biting will have a relaxed body and face. His muzzle might look more wrinkled than usual, but you won’t see a lot of tension in his facial muscles.

The body of a dog who’s acting aggressively, on the other hand, will look stiff. Not only may his muzzle appear wrinkled, but he may also be pulling back his lips to expose his teeth. And aggressive bites tend to be delivered much more quickly than playful ones (and often hurt even more).

Anyone who believes their dog’s biting is aggressive rather than all in good (if misdirected) fun should consult a qualified professional. It’s very serious business.