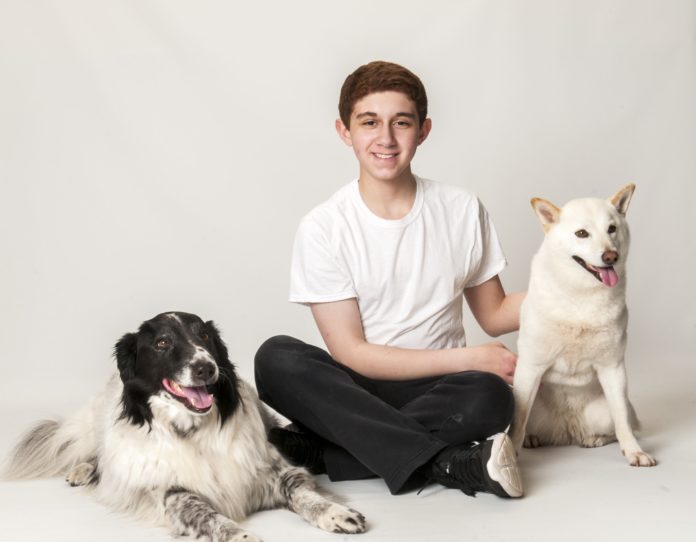 Who among us hasn’t been slapped on the proverbial wrist because we’ve treated our dogs too much like people, imbuing them with human emotions and feelings and thereby breaking scientists’ cardinal rule not to anthropomorphize animals?

The point at those times always feels less like a desire to educate and more like a wish to shame or make us feel foolish. And yet for many of us, the instinct to “humanize” our dogs outweighs the desire to “get it right,” and we’re soon back to cuddling and cooing and taking pains to commune with our wonderful pets as if they were children of sorts.

For me it’s like the science that says to let the baby cry himself to sleep. You can tell that to me all you want, but instinct argues against it. I’m going to be at the crib picking up the infant every time. Go cry yourself to sleep with your loved one ignoring you from the next room if you think it’s such a great idea.

Where was I? Oh yeah — all those smug people who have been telling us we’re wrong to anthropomorphize our dogs — turns out they’re the ones who have been wrong this whole time! A scientist now says that the instinct to anthropomorphize is embedded in people’s very DNA, and has been for many thousands of years. And it serves us in a number of ways. For more on why it’s a good idea to see ourselves in our dogs, check out the article on page 12.

While you’re checking out articles, you might want to take a look at the one that talks about the health problems suffered by many brachycephalic dogs — the kind with the pushed-in faces. I tend to gravitate toward dogs with long, pointy muzzles myself. Maybe it’s my own aquiline nose that draws me to them (speaking of anthropomorphizing). But more and more people are choosing brachycephalic pets — pugs, bulldogs, and the like. And I have to admit, they are cute. But a lot of them have respiratory problems that make their lives miserable. The article beginning on page 7 tells you what you need to know — both about the brachycephalic dog you may have now and the one you might choose in the future (and how to choose him wisely).

Finally, to save some money while caring for your pet, check out the piece on free vaccinations (for life!) beginning on page 10 as well as the one about entering your dog into a clinical trial that starts on page 1. There are financial rewards to be had by including your dog in scientific study. And she might actually enjoy the outings. n