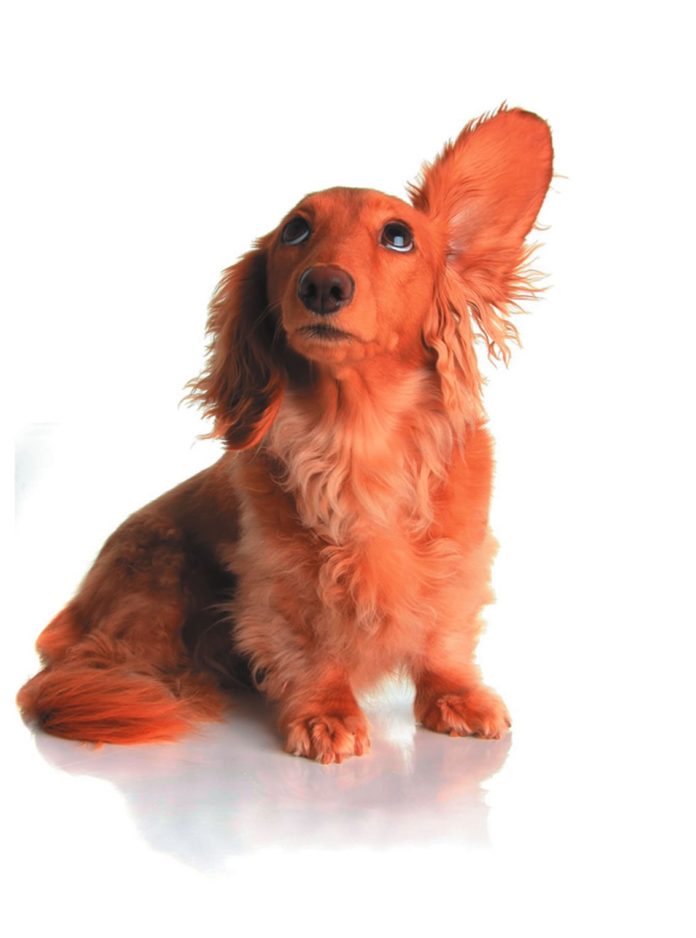 It’s often said by animal behaviorists that dogs can learn up to 200, even 250 words. Can they?

Well, it depends on what is meant by “words.” Dogs do not have a language center in their brains, so when we say, “Sit,” for example, they do not understand that “Sit” actually has a meaning that signifies going from a standing to a sitting position. So what do words signal to dogs?

They are simply sounds that they learn to associate with various actions or things, like a doorbell or the beeping of a microwave oven. You know that each time you hear one of these tones, you’re either supposed to go to the front door or take your dish out even though no one is instructing you to do so.

For a dog, it’s like that with everything you say. Each time you utter a particular sound, they know (because you’ve taught them) that you expect a particular reaction. In other words, if you consistently ring a bell when you mean “Sit,” or bang a gong when you mean “Fetch,” or play the theme song of a favorite television show when you mean “Stay,” it will have the same effect for a dog as the words used to describe those actions. It shows just how good dogs’ memories are that they’re able to connect hundreds of sounds with various specific actions without having the context of language to reinforce the meanings.

The best kinds of sounds to use

The best words to cue dogs to engage in particular behaviors have single syllables, that is, chunky little noises that each have a distinctive ring or tone of their own. Think about it from a dog’s point of view. “Sit” and “Stay” are going to be a lot easier for your pet to distinguish from longer, multi-syllabic terms such as “Abra Cadabra” or “Go to your bed.” In general, more melodic words ending in vowels are harder to “pull out of” a group of other words than short, clipped ones. (It’s no accident that “Sit,” “Down,” “Leave it,” and “Come” are the first four terms many dogs learn.)

For the same reason, dogs have an easier time learning their name if it is short and punchy rather than long and graceful. A pup is going to learn “Max” or “Dot” a lot faster than “Maximillian” or “Dorothea.”

A) When you start yelling at your dog to “Get back here, Max; I told you we’re not going in that direction today,” it’s a lot less effective than saying “Come.” All those words linked together are not a tone or ring he can distinguish. Presumably, you’ve taught him “Come.”

B) “No” is a particularly fruitless word. It’s used so often in so many different situations — both with dogs and with people — that it has no meaning for dogs. They don’t attach it to a specific behavior that you want them to do — or not do.