Home DOG TRAINING AND BEHAVIOR When Is Locking a Dog in a Crate Right?
Print
Email
Facebook
Twitter 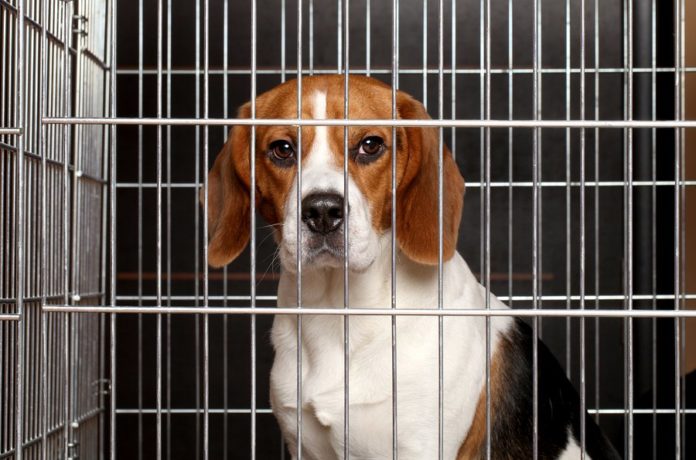 Patricia Koons of York, Pennsylvania, takes issue with our view that a dog should never be locked in a crate unless he is being “toilet” trained, and then, only for very short periods of time—with his owner in the house to watch over him and keep taking him out every 15 minutes or so until he relieves his urge to urinate outside. (Your Dog, May 2017, page 15).

She writes to say, “I have had dogs since 1976, and all of my dogs have been kept in crates when I was not home. Some of my dogs are crated overnight, some with the doors open” (which we take to mean that some have the doors locked behind them). Ms. Koons goes on to say that she has been teaching obedience classes for years. She reports, too, that “I have been a part of rescue programs for years, and one of the reasons some dogs are returned is that they aren’t kept in a crate and prove very destructive. I hope you publish an article mentioning that crates are not a bad thing.”

Ms. Koons, crates are not a bad thing. In the very same Q&A we advise using a crate for teaching a dog to relieve himself outside, we say that most dogs love cozying up in a “den” of their own and that a crate with soft bumpers on the inside, a soft mat, and a covering on the outside that hides all but the front panel will generally be most appreciated. A favorite blankie left in the crate is a good idea as well.

But okay, sometimes crating a dog while you are out of the house will stop the destruction caused by severe separation anxiety. In addition, the rare dog who has pica may need to be created in his owner’s absence so he doesn’t eat anything that will harm him. Finally, dogs who have fear aggression or territorial aggression may need to be crated (at least at first) when visitors come to the house and the dog can’t be secured in a separate room behind a closed door.

These are rare instances, however. In the main, dogs should not be locked in crates whether or not their owners are out of the house or overnight (unless, when you first bring home the dog, you want to train him not to climb into bed with you but are willing to keep the crate right in the bedroom with you). We feel strongly about that, especially if there are no behavioral or safety issues. And crating a dog with a behavioral issue will not solve the problem behavior. It’s just a stopgap solution while you work on training.

Thank you for rescuing dogs and for taking them in over these last 40 years. We hope you’ll consider no longer using crates as a babysitter during long absences other than for the very few exceptions we mention. 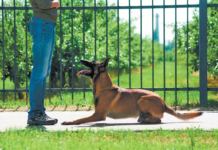