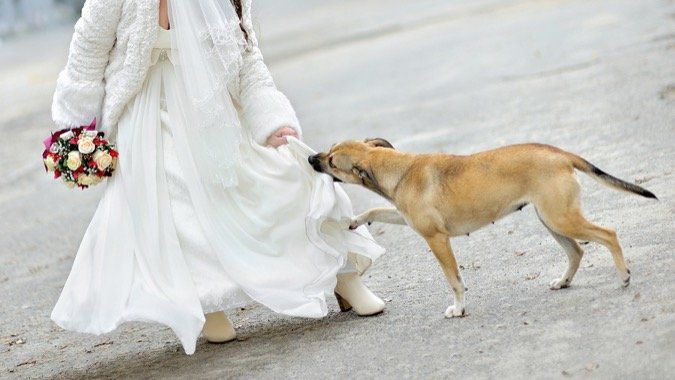 “10 Ways to Include Your Dog in the Wedding,” was the way one headline read in a recent issue of a bridal magazine. Tip number 2 in the article: “Dress your furry friend up in a tuxedo and/or cuffs to serve as a handsome ring bearer.” The suggestion was accompanied by a photo of a little boy in his own tux pulling on a nattily dressed dog’s white collar. The dog did not look particularly happy.

We’re not surprised. Dogs don’t get that we’re including them in something very special to us because we love them so much. They only get that they’re confused, that their routine has been thrown off, that strange cloth is rubbing against their fur and perhaps constricting their movements, that they don’t know many of the people in attendance, and that everyone is staring at them and laughing as they walk down the aisle. They most certainly do not get that two people are declaring their love for each other. A number of us have seen bridesmaids fairly dragged down the aisle by anxious dogs who just want to get out of there.

Weddings aren’t the only venue people take their dogs to make sure they’re part of the family. We’ve seen dogs go trick or treating with tots and their parents, dressed up in Santa outfits on Christmas when they have no clue what that holiday is about or even what a holiday is, and in other situations where their owners want to make sure they’re “included.” But here’s the thing: they don’t always want to be included.

Yes, of course they love being with you and most of the time would rather be in your company than not. But if it’s a matter of being with a strange or unusual crowd where the point is not to give them good doggie time but, rather, to make them kind of a prop, or decoration, it’s best to leave your pet out of the equation — or with a dog sitter, if necessary. This is true even for vacations. What a dog would see as a great vacation is very different from what a person would view as one. They don’t zip-line; they don’t want to hang around by the pool for too long; they’re not much interested in museums; and so on. That generally means vacation is about spending a lot of time alone in a hotel room — not worth the travel in their minds. Many dogs would rather be boarded, where mealtime and play time and outdoors time is consistent and reliable and where there aren’t constantly new people they have to get used to.

The way to know if your dog wants to be included in human activities is to think dog, as world-renowned animal behaviorist Nicholas Dodman BVMS, likes to say. If your pet is not going to understand the context of the event and the “cute” part he plays in it, and if there’s no ball throwing, belly rubbing, and treat-dispensing time, chances are he’d just as soon skip it. Leaving him behind doesn’t make you a bad dog “parent” who leaves his pet out of family events. It makes you a good one who keeps in mind that not everybody in the household can enjoy the same things. 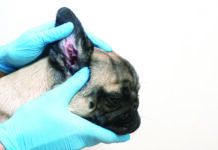 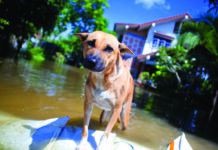 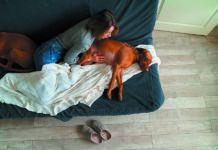