California has become the first state that will no longer allow pet stores to sell dogs from large-scale pet breeding businesses, aka puppy mills. Instead, stores will have to get dogs (and cats and rabbits) to sell from rescue groups and animal shelters. The law will take effect January 1, 2019.

California joins 36 cities across the United States that have enacted similar laws to stop the abuses of puppy mills, described by the American Society for the Prevention of Cruelty to Animals (ASPCA) as “large-scale commercial dog breeding operations where profit is placed above the well-being of animals.”

There are currently more than 10,000 puppy mills in the United States, with fewer than 3,000 of them regulated by the U.S. Department of Agriculture because a number of states have no regulation mandates whatsoever. Even those mills that are regulated and must undergo inspections for licensing as per the 1996 federal Animal Welfare Act may still have what can reasonably be considered inhumane conditions.

For instance, wire bottom cages, known for the potential of injury to dogs’ legs and paws, are allowed, and are often stacked atop one another either outdoors, without protection from the elements, or in structures that block fresh air and sunlight, according to the ASPCA. In addition, the cages need only be six inches longer than the dog’s length.

Some animal-breeding businesses have as many as 1,000 breeding dogs at a time, and litters are produced cyclically by dogs without concern for recuperation. And when their reproductive use is gone, many of these dogs are not adopted into homes where they can finally be cared for but instead are euthanized, as are puppies born with visible defects. Puppies that make their way to pet stores are “prone to congenital and hereditary conditions including heart disease and blood and respiratory disorders,” according to the ASPCA.

Behavioral issues may arise, too, because of a puppy’s early separation from his mother and littermates, putting him at high risk for anxiety, fear, and other issues. Visitors to pet shops see no signs of the dismal and unpromising start to these adorable puppies’ lives and, with a swipe of their credit card, are often signing on for behavioral heartache and never-ending veterinary bills. 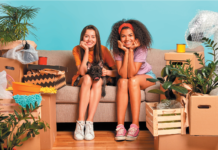 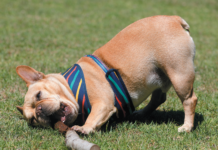