Q. Could a hawk or an eagle carry off a small dog? We let our shih tzu, Lily, out in the yard by herself, and I worry because those birds circle round and round.

A. Eagles, hawks, and owls, all of which are raptors that capture live prey, cannot carry more than their own weight. A very large hawk weighs about 2.5 pounds, while a large owl can weigh close to 6 pounds. An eagle can weigh up to about 15 pounds, depending on which kind. Since shih tzus weigh anywhere from 9 to 16 pounds on average, it would not be possible for a hawk or owl to carry it away. And eagles don’t hunt dogs. They go for fish (if they’re bald eagles), other birds, and small mammals like squirrels and rabbits.

That said, raptors can still attack and kill small pets, even if they can’t carry them away. Such incidences are rare — why would a bird go after something on the relatively large side who can try to counterattack with painful bites when there’s so much other prey out there? Still, there’s no specific cut-off weight at which your pet’s safety is absolutely guaranteed when she’s alone in the yard — not just from predatory raptors but also from coyotes, which have been making their way into urban areas. “I’d be more worried about a coyote than a raptor,” says Florina Tseng, DVM, Director of the Wildlife Clinic at Tufts’ Cummings School of Veterinary Medicine.

Dr. Tseng recommends that all animals weighing fewer than 15 pounds be supervised during all outdoor activities. Better safe than sorry. 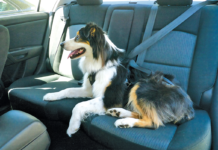 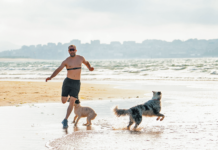 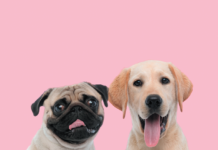 Make Sure Your Dog is in the Pink