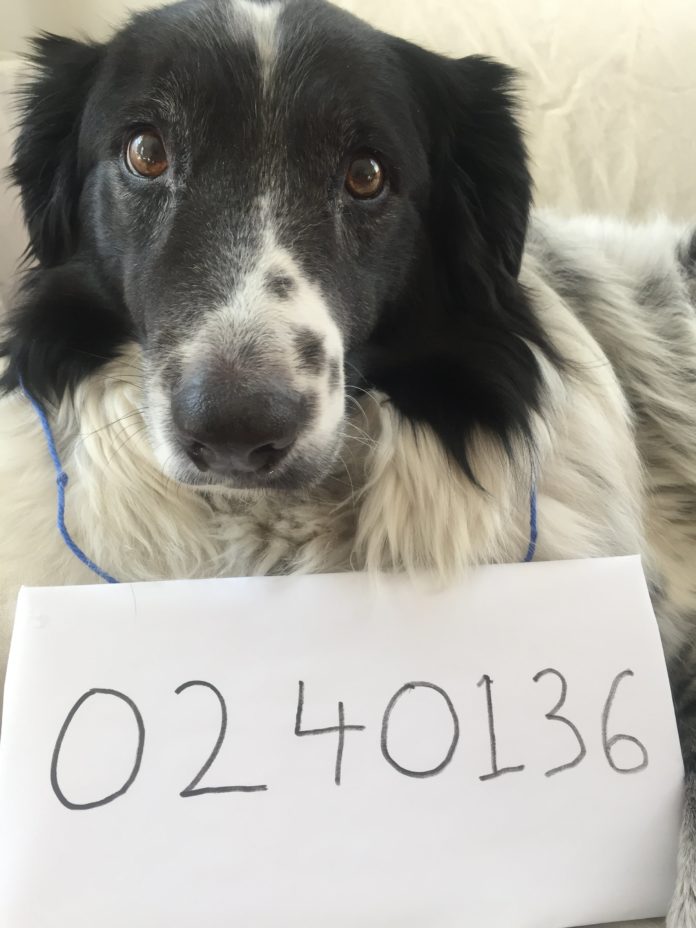 So you know that park with the trail that wends alongside a cove where I take the dogs for romps? And you know how I haven’t talked about that spot in a while? It’s because the town has outlawed dogs off leash there, and border collie Franklin has to have significant time untethered every day or he will go crazy. (Translation: He will drive me crazy.)

Well, some concerned dog-loving citizenry has put the matter in the warrant for our annual Town Meeting, calling for a vote that would allow dogs to frolic freely on alternate days as long as the pets are registered at Town Hall and have their photo on file there.

I’ll vote “yes” on the resolution but will not be taking Franklin (and Rosie) back there even if it passes. That photo would soon turn into his mug shot, and he’d be required to register a photo of his profile as well. A dog with a super-strong herding instinct, he has gotten quite good over the years at running over to me for a biscuit whenever he sees a jogger, or someone on a bicycle, or the rare vehicle in the park, rather than running over to the moving object or person and jumping all over it (or them). He is extremely food-motivated, which I was able to use to my advantage to largely train him out of his herding behavior.

I say “largely” because it doesn’t work 100 percent of the time. Sometimes I’m just not quick enough on the biscuit draw. Other times, the object in his crosshairs is simply too enticing. Before the off-leash ban, he would even run over to the vehicle driven by animal control officer Leslie Badger (yup, that’s her actual name) to jump on it as she drove slowly by and make a general ruckus. Fortunately, she has a soft spot for ol’ Frank, so she always gave him a free pass, bless her heart.

These days, to keep Franklin (and everyone else) safe, I take him and Rosie on narrow dirt trails in other parks that aren’t conducive to jogging or bicycling. That way, he gets to have his time off leash, and I don’t get people yelling at me because he (pick one) scared them, scratched their car, or tore their $100 sports gear (yes, it happened, and one of my aims in life is to not write any more checks to buff autos or replace articles of clothing).

Do I wish I could completely keep Franklin’s penchant for herding under wraps 100 percent of the time? To tell you the truth, not really. It’s part of what makes him who he is and besides, it wouldn’t be fair to expect someone never to act on his instinct. For more on brokering the gap between what people want from dogs and what dogs are hard-wired to do, see the article beginning on page. 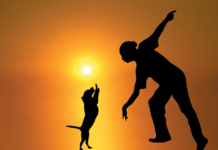