What looks like an open wound on your dog’s skin is causing an itch that won’t quit. She keeps scratching, licking, chewing, or biting to relieve it, and the area just keeps becoming redder and more inflamed. There’s a patch of hair loss, too, and it all looks very wet. What’s going on?

She has developed a hot spot, known medically as acute moist dermatitis. “Hot spots are a hot topic,” says Tufts veterinary dermatologist Ramón Almela, DVM. “They occur rather frequently, which means many people with dogs have to contend with them.”

Why does a dog develop a hot spot, often found on the neck, head or legs? It’s because something triggers itchiness. It’s not the trigger that causes the unsightly lesion on the skin but the vigorous, often incessant effort to alleviate the irritation. “The heavy scratching or other tactics used by the dog damages the skin,” Dr. Almela explains, and “once it is damaged, inflammation ensues, which often causes an infection. The infection then brings more inflammation. It progresses in a vicious cycle.”

You want to look for the initial trigger of the itch to avoid further hot spots down the line, Dr. Almela says. Often the culprit is an allergy. One telltale sign of an allergy in dogs is itchiness of the feet evidenced by licking and chewing of the paws (even if there are no hot spots there). Recurring otitis — ear infections — can be a sign of allergies, too. If either of these is the case, a veterinarian will work backwards to find out the cause of the allergy. It’s usually something in the environment, like pollen or mold, and the doctor will prescribe medications to ratchet down the untoward effects. That, in turn, should help prevent the scratching and licking that lead to hot spot development.

A flea allergy can lead to hot spots, too. “It’s in fact one of the most common reasons that hot spots develop,” Dr. Almela says. The solution is to regularly apply a flea (and tick) preventive. That should help keep fleas off your dog, which will stop her from becoming itchy and creating a problem by trying to take care of the uncomfortable sensation.

While allergies are a common culprit, sometimes the hot spot trigger is never identified. It could be an insect bite, or an area on a dog’s coat that is matted and that she works to untangle, irritating a particular spot in the process. Sometimes even just boredom results in licking that creates a hot spot.

While you always want to see if there’s an underlying cause such as an allergy that needs to be addressed, taking care of a hot spot itself tends to be fairly simple, so simple that Dr. Almela says it can generally be tended to by a dog’s primary care veterinarian rather than with a referral to a veterinary dermatologist. “Most of the time a hot spot is pretty superficial,” he says, “occurring in the upper layers of the skin.” Thus, while it might look awful, and while it might be driving the dog crazy, it generally can heal simply with topical treatments.

“Every veterinarian has a different approach,” Dr. Almela says. To control the itch and possible concurrent infection, he will prescribe something that has an anti-inflammatory property along with antibacterial properties. It could be in the form of a cream or spray. Hydrocortisone cream is one example, but there are also several sprays just for dogs that contain steroids to ease inflammation.

The dog may need to wear an Elizabethan collar for a couple of days to keep from aggravating the situation. The area will need to be kept clean, too, and the hair trimmed to be able to clearly see the margins of the lesion and make sure the hot spot is not enlarging.

In more severe instances, the doctor says, a dog might need a short course of steroids administered orally. An oral antibiotic is also sometimes called for in cases of progression to deeper infections. “It’s decided on a case-by-case basis, often after performing a basic diagnostic test such as taking a sample to examine under a microscope and see what infectious agents might be present,” he says.

What’s never appropriate is leaving the hot spot to heal by itself. It won’t happen. “If you don’t treat it,” Dr. Almela says, “it will progress — covering more area and going deeper into the skin.” Not only will that make the dog feel worse, it will make treatment more difficult.

More on Hot Spots
If a dog frequently gets ear infections, she may try to get at her ear to relieve her discomfort but end up scratching her cheek instead. Then a hot spot develops on her face. 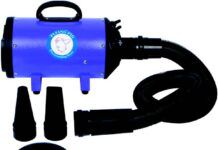 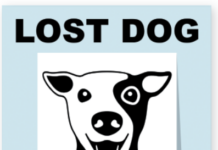