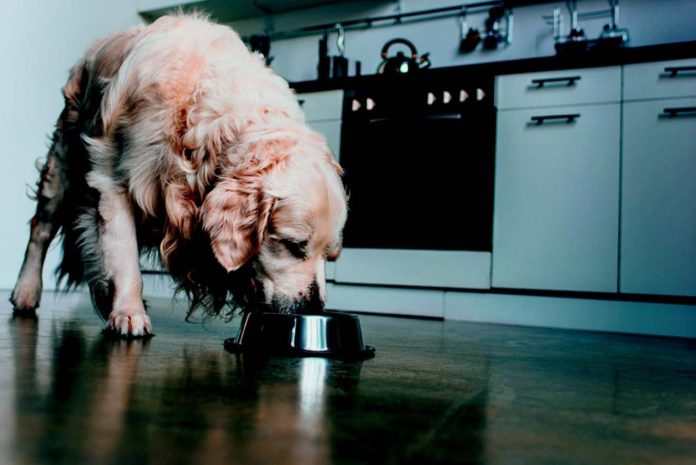 Many dogs eat extremely fast, and they do so for a number of reasons. One of them is that they simply don’t taste food as well as we do, so there’s no benefit to chewing it longer. While we have about 9,000 taste buds on our tongues, dogs have only about 2,000.

In some cases, there could be an underlying medical reason. Dogs with huge appetites, especially if the appetite changes are recent, could be undergoing changes in the levels of hormones that normally signal fullness. Problems with hormone production or a thyroid condition could also be at play. (Definitely cheek with your vet if you see big changes in your pet’s appetite and eating levels.)

A dog infested with parasites might become ravenously hungry, too. The parasites could inhibit absorption of essential nutrients.

Mostly, though, it’s not a physical condition that predisposes a dog to eat very fast. It’s behavioral. If you have other pets in your home, including other dogs, your canine pal may simply be trying to insure that she gets her share before another animal swoops in. For some dogs, it may not be the actual presence of another pet but a throwback to her days as a puppy, when she had to compete with her litter mates for her mother’s milk. Some dogs will even eat faster simply if a person walks near their food bowl while they are chowing down; they are that nervous about their resources. Finally, dogs are often bored, and getting fed is a bright spot in their day so they go at it with gusto.

Problems that can result from eating too fast

Gulping food can be a particular problem for some deep-chested, large-breed dogs. “Studies have shown that deep-chested dogs who eat too fast can be at risk for GDV,” says Tufts veterinary nutritionist Deborah Linder, DVM. GDV stands for gastric dilatation-volvulus (often termed “bloat” by dog owners) — a life-threatening condition in which the stomach suddenly twists and becomes markedly over-distended. It is theorized that over a period of time, large-breed dogs who eat too fast or too much at once develop chronic stretching of the ligaments that normally hold the stomach in place, increasing the likelihood that it will eventually twist.

A dog with GVD may salivate and pace back and forth incessantly, then keep lying down and getting back up. She may also have an obviously distended abdomen, and may appear to vomit or regurgitate without bringing anything up. Dogs suspected to have GDV should be taken to a veterinary hospital without delay, and emergency surgery is almost always needed to correct the problem.

Another concern, albeit not a medical emergency that requires an immediate trip to the emergency room, is that a dog who eats too fast may not realize when she is full and start begging for more. It takes a bit before it registers in the brain that food has been swallowed and has hit the GI tract. If you give into the begging (which many owners do), it will eventually result in weight gain that taxes the heart, joints, and other body systems.

How to put the brakes on your dog’s eating speed

Try some of these methods to help your dog lose the meal-eating race.

Feed your pet more than twice a day. There’s no hard and fast rule about giving your dog half her allotment in the morning and half in the evening. It’s perfectly fine to split her daily ration into three or four feedings. She may even prefer it, and it may help reduce the risk of GDV.

Split up each meal into several bowls placed in locations around the house.

Turn her metal food bowl upside down. Those that are designed not to tip over have a raised circle in the middle, sort of like an oversized middle of a bundt pan. Spread the food throughout the ring encircling the raised part. It will force your dog to keep lifting her head and moving to another part of the bowl, slowing her down each time.

Use a bowl like a Brake-Fast bowl, which comes with plastic “knobs,” or fingers, in the center that a dog has to eat around, slowing her pace. The bowl also slides, making the dog chase her food a little bit.

Feed your pet from food toys like Kongs and other food puzzles. Getting kibble out of toys takes some doing. 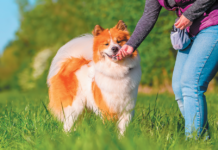 The Right (and Wrong) Treats for Training 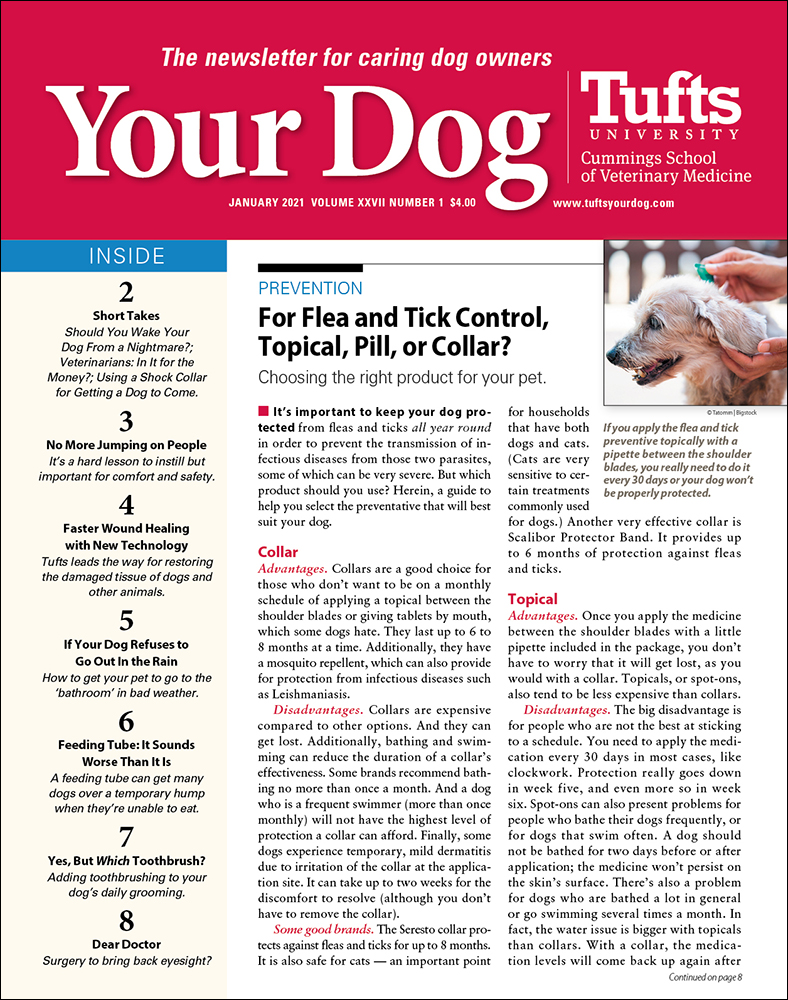