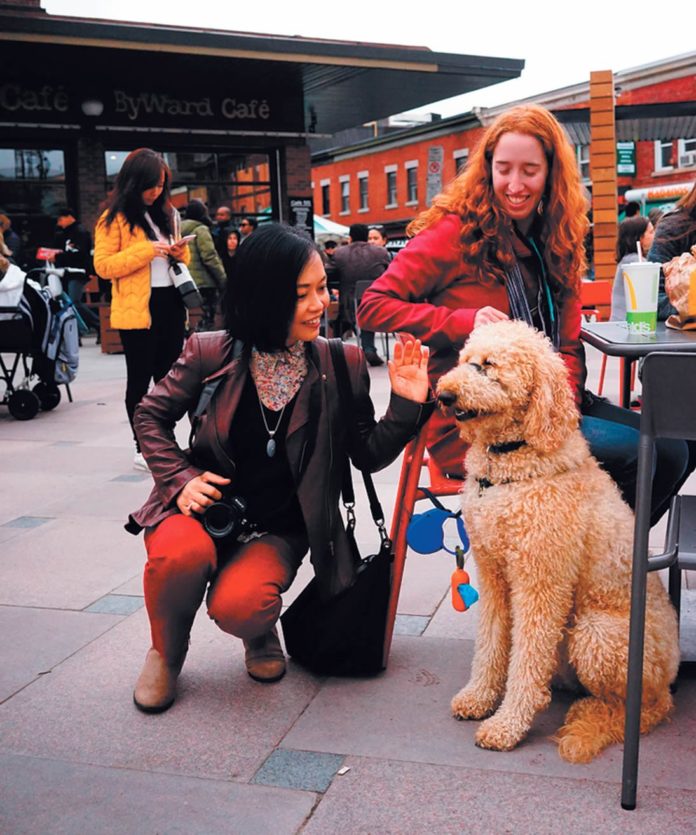 The ravages of bloat, or gastric dilatation-volvulus (GDV), often occur extremely fast. A dog’s human family will leave early in the morning, then return late in the day to find their dog extremely ill or even dead. GDV is a condition in which the stomach twists in place, cutting off its own blood supply and compromising the blood supply to other organs.

Even when people do manage to get their dog to a hospital, it’s sometimes too late. A dog may die before, during, or after the emergency operation needed to return the stomach to its normal position. In some cases, much of the stomach tissue is already dead and nothing can be done. In other situations, the effect on organs like the kidneys or heart are severe and cannot be reversed. According to recent research, approximately one in six dogs diagnosed with GDV succumbs despite surgery.

The illness is all too common. Every large, deep-chested dog has about a one-in-four chance of falling prey to GDV during its lifetime (with about a 40 percent chance for Great Danes). Tufts averages two to three cases per month just in our own facility.

But there’s a solution.

A prophylactic gastropexy is a simple surgery that secures the stomach to the abdominal wall so that it can’t become displaced. As opposed to the complicated and time-sensitive surgery to fix GDV, which can cost up to $5,000 if you figure in the aftercare, a prophylactic gastropexy costs more in the neighborhood of $2,000. And it can be done laparoscopically instead of with a large incision in the abdomen. The whole operation, which has a low complication rate, takes only about an hour and can even be done in conjunction with spaying or neutering so that the dog doesn’t have to have anesthesia twice.

In addition to costing less, prophylactic gastropexy prevents the agonizing pain and potential death brought on by GDV. For that reason, says Tufts surgeon and Your Dog editor-in-chief John Berg, DVM, “I think that prophylactic gastropexy makes a lot of sense. GDV has to be one of the worst diseases we see in terms of pain and suffering. It’s horrible, in addition to being one of the leading causes of death in large- and giant-breed dogs.”

It’s worth discussing prophylactic gastropexy the next time you take your dog to the vet, especially if he or she is a large breed with a deep chest.