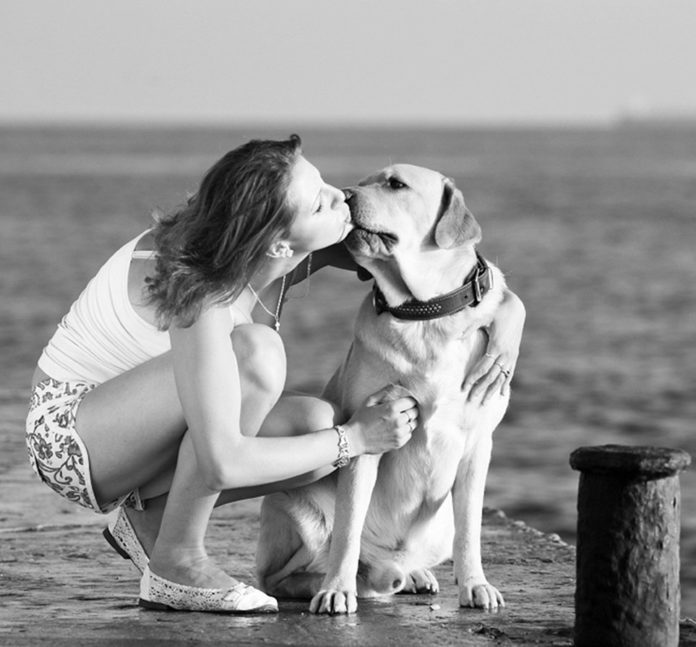 Newspapers from New York to England to India have now reported that kissing your dog can transmit gum disease. News anchors have broadcasted the same information. And Googling “kissing dog gum disease” yields no fewer than a dozen pages of site after site warning against sharing a peck with your pet.

The warnings can all be traced to a study published late last year in the Archives of Oral Biology, in which Japanese researchers compared the bacteria in dogs’ mouths with bacteria in their owners’. The hitch: not once in the study was kissing ever mentioned.

Affection not the issue
The Japanese scientists did scrape plaque, the filmy layer of bacterial “gunk” that clings to teeth and can lead to gum disease, from the upper left molars of both dogs and their owners — and then compared the canine and human plaque samples to see if any of the bacteria in them were the same. People in 64 families and their 66 dogs were examined altogether, with breeds ranging from Toy Poodles to Collies to Corgis and Pomeranians. The result: not only were plaque-causing bacteria normally found in people also found in their dogs, but a species of plaque-building bacteria most commonly associated with dogs’ mouths was also found in a good number of their owners’ mouths, even though these bacteria are “uncommon in the human oral cavity,” according to the researchers.

But kissing, either by dog or person, was never associated with the bacterial exchange. It’s simply proximity that causes bacteria to make their way from one place to another. Consider that transmission of bacteria in the mouth, including oral bacteria that can cause gum disease, occurs all the time between mothers and their children by virtue of their close contact in daily life, not because they kiss each other. This was shown scientifically years ago. Thus, say the researchers, it is perfectly reasonable to postulate that bacteria make their way between dogs and their human families because of their routine close contact. You needn’t be slobbered over by a dog to end up with her offending organisms.

So are you more prone to gum disease if you have a dog?
Does the fact that we get bacteria from our dogs’ mouths make us more apt to develop gum disease? Says Tufts veterinary dentist Jean Joo, DVM, “No. There’s a big difference between contamination and infection. Contamination just means exposure. But you don’t necessarily get infected. In our everyday lives we’re bathed in bacteria and viruses, but that doesn’t mean we always get sick. You don’t catch a cold just because someone sneezes in your face.”

The reason is that many factors play a role in infection, including the strength of the immune system, and, in the case of gum disease, the quality of a person’s oral hygiene. Plaque-causing bacteria may make their way into a person’s mouth, but if she regularly brushes and flosses, those bacteria will be pulled away from teeth and destroyed. The plaque won’t have a chance to harden to tartar, which can begin to compromise the gum juncture at which a tooth is attached to bone.

The bottom line: it’s okay to exchange kisses with your dog.

That by no means translates to a greater chance of developing gum disease. “I kiss my dog all the time,” Dr. Joo says. “The big problem isn’t dental. It’s that he doesn’t give me kisses back.”