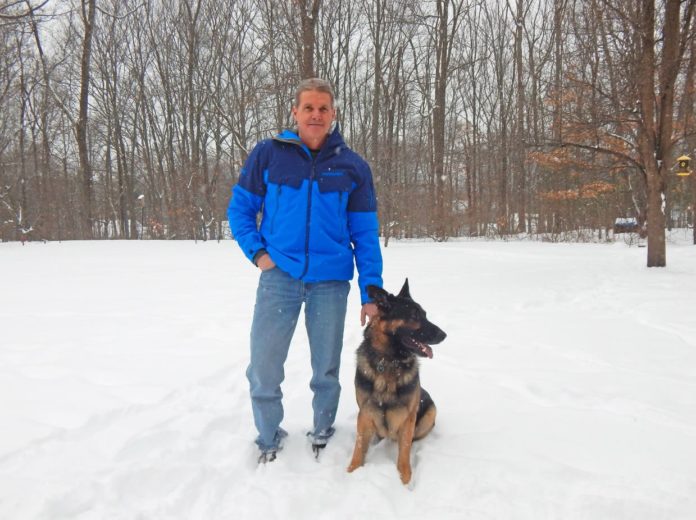 A common question vets get asked is “What would you do if it were your dog?” says John Berg, DVM, DACVS, the editor-in-chief of this publication. It tends to be put to veterinarians when they can give the odds of a treatment being successful but not a guarantee.

As a surgeon who spends much of his time removing cancerous tumors, he himself gets asked that question all the time. Clients want to know their dog’s chances for living longer, and how much longer, if they green light an operation to excise a malignant mass. And they often find themselves having a hard time making a decision if he can’t tell them with certainty. It’s understandable. When you put your dog through an arduous medical treatment — and your wallet through no small ordeal, too — you want to be able to know what’s going to happen. For some insight on the best way to make a decision about your dog’s medical treatment in the face of uncertainty, we sat down with Dr. Berg for a conversation in which he offers both perspective and concrete advice.

Your Dog: Don’t veterinarians usually pretty much know when a treatment is going to work and when it isn’t?

John Berg, DVM, DACVS: Certain diseases are just as simple as pie and you can always fix them and things will be fine — the dog with a broken femur [thighbone], the dog with a benign tumor, the dog with a laceration. But with many internal diseases of major organs, diseases that are life-threatening or lifespan-threatening, there are unknowns: Will the dog survive the operation? Will the operation extend her life significantly, or just for a short time? If there are drugs involved, will they work? Will they have debilitating side effects? With dire diseases, we often can’t answer those questions with any kind of assurance.

Your Dog: Does giving the odds of success help people make a decision in the face of uncertainty?

Dr. Berg: Often, it makes people feel even more uncertain about what to do.

Dr. Berg: Because it tells people what will happen on average but doesn’t give a guarantee about their particular dog. Take the disease osteosarcoma, a type of bone cancer that typically will affect a dog in a limb. It’s almost always fatal because by the time it has been diagnosed, cancer cells have invariably metastasized to the lungs. Amputating the affected leg will help the dog live longer, but how much longer, nobody knows. The veterinarian can reasonably say, if we take 100 dogs with the disease, on average they will live five months after amputation. But some dogs will live only two months, and some will live 18 months. There’s even the occasional rare, rare, rare cure. But we have no way of knowing how long the dog in front of us will live. We don’t know how long it will take the disease that has spread to the lungs to kill the patient.

Your Dog: But aren’t people at least made a little more comfortable being given the odds, so that making the decision about whether to operate is not a complete stab in the dark?

Dr. Berg: People hate uncertainty. This is true in all areas of life. When there’s uncertainty about the economic forecast, the stock market is going to take a nosedive. People would almost rather know things are going to be bad than that the future is uncertain. That’s true for most dog owners as well.

Your Dog: So how can people cope with that — with the fact that the outcome of their decision for their dog can’t always be predicted?

Over time, what I’ve learned to say to people that actually helps them, even though intuitively you’d think it wouldn’t, is that ‘the reason you’re having trouble making a decision is that the very piece of information you need to make one, we can’t tell you.’

Your Dog: That helps them?

Dr. Berg: It at least puts people in touch with why they’re so uncomfortable; it puts it out there. And that alone is something of a relief.

Your Dog: Yes, but if someone is standing in the consulting room with the vet and a dog they have loved, maybe for quite a while, what can they actually do with that?

Dr. Berg: Along with helping people come to grips with the fact that veterinarians, along with physicians, often can’t make an accurate prognosis when that it what is most desired, I always tell them, ‘since there’s no way for you to make a purely intellectual decision about this because you’re missing the very piece of information you need to know, you should make the decision about treatment based on your gut feeling. That’s your brain’s way of taking everything I’m telling you, including the uncertainty, into account. It’s the brain’s way of synthesizing everything into a decision that feels right.’ People almost never go wrong by following their gut. I never have clients for whom I frame a case that way end up unhappy with their decision. They may be unhappy with the outcome, but not their decision.

This is why vets don’t like to say what they’d do if they were in their client’s position. As vets they have medical knowledge that the rest of the population doesn’t. But as pet owners, they’re just like everyone else — in the dark about the fate of their canine friend when it comes to treatment outcomes for a number of serious diseases, and they have their own set of internal processes to deal with that. We’re all just human. To say what they would do sways people too much; it’s not coming from a place of education and clinical experience but simply from their own gut, which may be no better than anybody else’s. That said, sometimes a vet can provide information that will put the odds into context.

Dr. Berg: Let’s use a malignant tumor of the adrenal gland as an example. They’re somewhat common in dogs. Sometimes they’re simple to remove, so that’s a no-brainer. But if they invade the vena cava — a major blood vessel in the abdomen — in order to take out the tumor, we’ve got to stop the blood flow there, open up the vena cava, remove the malignancy, and then suture the vessel back together. That’s a risky surgery, with a high mortality rate — something like 25 percent.

So people whose dogs are in that situation are faced with a choice between accepting the odds of a one-in-four chance of death — which means they could lose their dog tomorrow — or declining the surgery knowing that their dog will probably eventually die from the disease because it hasn’t been treated surgically, and that time period is anywhere from two weeks to a year or more down the road.

But I can help people make a choice by suggesting that they think about the dog’s age. If a dog in that scenario is 14 and near the end of life anyway, it’s easy to support a client’s decision to opt out of the surgery. The dog will probably live his normal lifespan, anyway.

On the other hand, if the dog is eight years old, I might be more likely to gently suggest the surgery as a reasonable option. Yes, there’s a 25 percent mortality rate, but that means a 75 percent survival rate, with the potential for many years ahead.

Your Dog: So you would tell people with a middle-aged dog to go ahead and order the surgery?

Dr. Berg: No, I wouldn’t go so far as to tell an owner what to do. It’s a very personal decision. But by laying whatever cards I have on the table, I can help a client make the most informed decision possible. That decision always remains in their hands. ‘What will give you the most peace of mind?’ I ask clients.

Some people will take the chance. Others say, ‘the last thing I want is to lose my dog right now.’ In my experience, that’s the majority of people. They’re afraid of losing their dog today. Losing their dog sometime in the future is more abstract, so they’ll go for that option most of the time.

Your Dog: Does money ever factor into it?

Dr. Berg: All the time. A good example is the disease spontaneous pneumothorax. A dog starts to spontaneously develop an air leak from one of his lungs. The most common reason is that there’s a little weak spot on the surface of the lung; we call that spot a bleb.

You basically have two options in this scenario. One is that you can hospitalize the dog, maybe put a tube in his chest to remove the air and hope that over the next few days the leak stops. And sometimes it does — maybe 30 percent of the time.

The other option is to take the dog to surgery and just remove the little bit of lung that’s diseased. It requires opening the dog’s chest, but it’s very safe so that’s not really a concern. The concern is mostly about money. If you choose the conservative, non-surgical option, then the dog is in the ICU being watched closely. You’re hoping for the problem to resolve quickly, but it can take three, five, six days for the air leaking to stop. And there’s a good chance it will never stop on its own. So in hoping to save money on a surgery bill, a client can incur a bill over the course of several days that’s as high as the surgery would have been. And then the surgery is needed to save the dog, anyway, and the bill doubles. This is a good example of why having pet health insurance is a good idea. When knowledge of the outcome is available, you can make a decision based on the medical evidence and not on the state of your financial affairs, or your gut. That said, some people don’t want to do the surgery even if money is not an issue.

Dr. Berg: Some people just can’t stand the idea of a surgery. It makes them break out in a cold sweat. They’re too afraid of losing the dog. That’s different from going with your gut in the face of an uncertain outcome. It’s feeling spooked in the face of experience that a particular treatment — an operation — will work. It’s understandable. People have their fears. But it’s not rational.

Your Dog: For those situations for which the outcome is not clear, is there anything a person can do to embrace the uncertainty other than to be aware that we don’t have all the answers and that that’s part of life?

Dr. Berg: Yes. They can take heart in the knowledge that a big area of veterinary research is identifying prognostic factors for various diseases, meaning research effort is going into determining outcomes of treatment based on various characteristics of diseases in dogs, not just the fact that they have a disease. For instance, scientific investigators are looking into such things as tumor size and other biological or chemical markers, and even genetic markers, to try to pinpoint which dogs are more likely to come through treatment for various diseases with a better chance of going on to live their normal lifespan. As the veterinary community (and the medical community for people) gets better at this, uncertainty about the effect of invasive or expensive treatments will decrease. It will never go away completely, but there will be less of it.