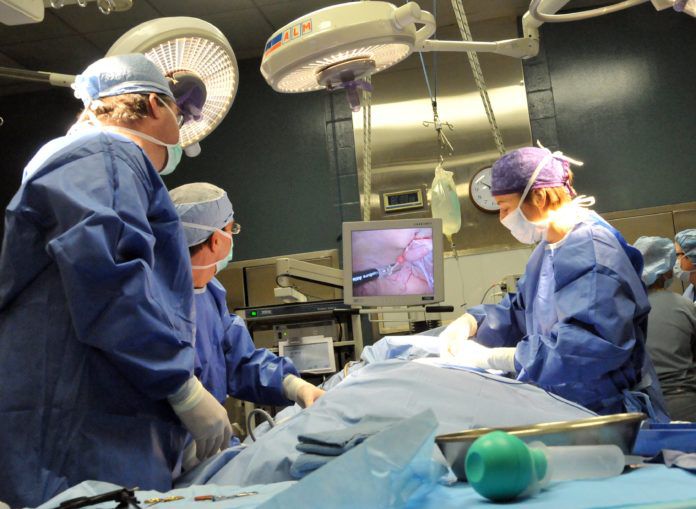 You’ve probably heard of the term “laparoscopic surgery” even if you don’t know what it means. It means surgery performed inside the abdomen with thin scopes and instruments inserted through tiny holes so that the abdominal cavity doesn’t have to be opened with a huge incision that then requires numerous stitches once the operation is over.

There’s also thoracoscopic surgery. It’s the same idea, except in this case the cavity that doesn’t get exposed with a huge incision is the chest cavity, where the heart and lungs reside.

Both of these types of surgeries come under the heading of minimally invasive surgery. Such surgery, in contrast to open surgery, typically requires only two to three sutures to close the incisions. There is also a lower chance of an infection, a quicker healing time, a shorter hospital stay, and less pain.

Minimally invasive surgeries have been performed on people for at least three decades, but now they are coming into more and more common use in veterinary operating rooms. It’s a trend in human medicine that veterinarians are happy to be following.

With conventional surgery in which the abdominal or chest cavity is opened, the incision must be large enough to allow the surgeon to pass her hands through it. Minimally invasive surgery, by contrast, has a virtual aspect to it. The doctor is not looking at the cavity and its organs directly but, rather, is seeing them in real time on a monitor above the operating room table. (See photo above.) How does that happen?

With minimally invasive surgery, the doctor makes a few little incisions, typically two to four, each one no more than about a half inch in length. The term for these incisions, or openings, is “ports.” Through all of the ports but one, instruments are inserted that can reach an organ and fix whatever’s wrong there. Through the remaining port, the doctor inserts a kind of telescope — a light attached to a camera that projects the images onto a screen in the operating room for all to see. It’s the images on the screen that allow the doctor to see what’s going on inside the dog’s body and move the instruments effectively to fix the problem.

Types of minimally invasive surgeries coming into common use

At Tufts we perform three minimally invasive surgeries quite commonly:

Pericardiectomy. There is a sac around every dog’s (and person’s) heart called the pericardium. Sometimes, for a variety of reasons, it becomes filled with fluid, which impairs the heart’s function. Fortunately, the sac is something a dog (or person) can easily live without. So our usual treatment when it becomes filled with fluid is to remove it. It’s actually a minor procedure and relatively easy to perform. It falls under the heading of thoracoscopic surgery because the tiny incisions are made in the chest to get to the heart tissue.

Liver biopsy. There are a variety of diseases of the liver in dogs, and it’s fairly easy to tell with blood tests and imaging in the form of x-rays and ultrasounds that something is wrong with that organ. But these tests often don’t tell what’s wrong. That requires a biopsy, done with a laparoscopy. It’s easy to do as far as minimally invasive surgeries go, taking no more than 15 minutes to a half hour, and the dog can go home the same day rather than recuperating in the hospital for a few days at a cost of hundreds of dollars a day. Pain for the dog is truly minimal.

John Berg, DVM, a soft tissue surgeon and editor-in-chief of Your Dog, notes that while a laparoscopic spay reduces post-operative discomfort for dogs, “even the incision for a normal spay is pretty small. So the savings in pain with a laparoscopic spay is not that large.” Thus, he says, people shouldn’t think the only humane way to do a spay is laparoscopically. “That would be a huge overstatement. So owners shouldn’t feel guilty and compelled to go somewhere else to get their dog a laparoscopic spay if their family veterinarian does not perform laparoscopic surgery or if the extra cost of laparoscopic surgery would make it a financial hardship. The dog will be fine either way.” (Minimally invasive surgery costs more than a traditional operation. At Tufts, a laparoscopic spay runs $150 more than one in which the dog’s chest cavity is opened up, largely because of costs to buy, set up, and maintain the special equipment.)

For many dog owners, even routine procedures like laparoscopic spays and liver biopsies are not yet readily available. Not just in small community practices but also in many referral practices, neither the expertise nor the equipment is in place yet. One reason is that the equipment is not affordable for the average veterinary practice. It takes a big referral practice or a university practice with large numbers of referrals to be able to justify the cost. Equipment maintenance is expensive, too, not just purchases.

Even in very large practices where veterinary surgeons do perform minimally invasive surgeries regularly, there aren’t nearly as many applications at this point as there are in people. The reason is that veterinary surgeons are still getting up to speed. “We’ve gotten pretty good at it in the 10 to 15 years we’ve been practicing it,” Dr. Berg says. “But vets are still in the process of perfecting the technique.”

Consider that some of the situations for which minimally invasive surgery would be appropriate are not at all routine, as spays and liver biopsies are. When a procedure is somewhat rare, the opportunity to perform it enough times to become good enough to use it on patients doesn’t present itself. For some of these rare surgeries, “the learning curve is really pretty steep,” Dr. Berg says. Examples would be removing a lobe from the lung or a tumor from the adrenal gland. “These operations can be done laparoscopically,” he comments. “But most veterinarians are still in the process of getting better at these things. As a profession, we’re moving forward but not all at once.” If a veterinarian does want to perform minimally invasive surgery on your dog, “it’s perfectly reasonable to ask how many such surgeries of this type they have done,” Dr. Berg advises, just like you would ask how often a surgeon has done a particular operation for a human loved one. There’s nothing wrong with your not wanting your dog to be a vet’s second or third laparoscopic or thoracoscopic patient.

One or two dog generations from now, these concerns will be moot. Enough veterinarians who perform operations will be comfortable with minimally invasive surgery that your dog will most likely be able to have it in just about any situation in which it’s feasible. With your current dog, you’re going to be watching the shift as it occurs. 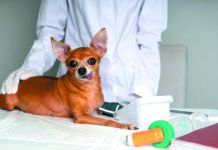 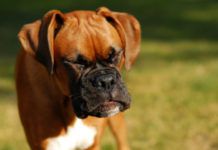