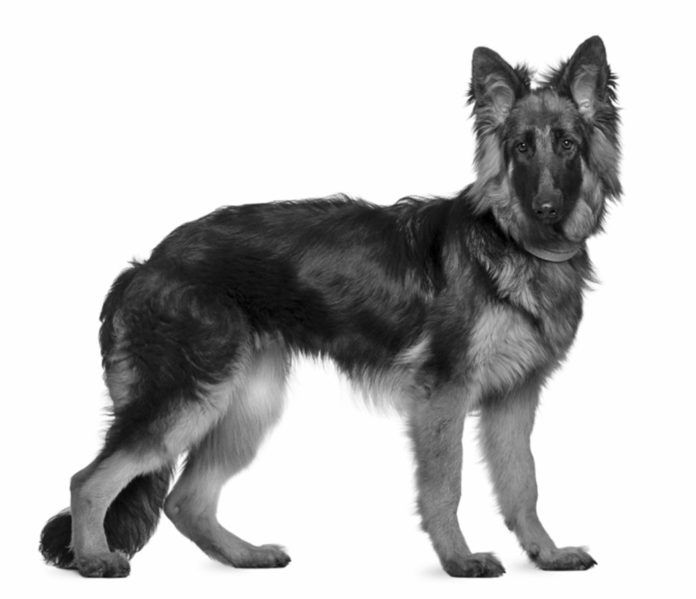 It has been standard advice for a number of years that to reduce the risk for bloat, a life-threatening condition in which a dog’s stomach literally flips over and knots up blood vessels leading to the spleen and other tissues, owners should not let their pets run around or engage in any other physical activity right after eating. “Our mothers never let us swim after we ate,” says Tufts veterinary surgeon John Berg, DVM, “and this advice may have grown out of the same thinking” that exercising too soon after a meal can cause abdominal cramps.

But new research out of the University of Pennsylvania’s School of Veterinary Medicine and the American Kennel Club suggests just the opposite — that moderate physical activity after eating can possibly help prevent bloat from occurring.

The researchers evaluated questionnaires filled out by dog owners in 36 countries, most from the United States, Canada, the United Kingdom, and Australia. The breeds in the study most apt to have experienced bloat, known in medical circles as gastric dilatation and volvulus, were Great Danes, German shepherds, standard poodles, and doberman pinschers. That was not surprising because it is large-breed dogs with deep chests that are most commonly afflicted. Out of the blue the dog will become anxious and clearly uncomfortable, unable to settle down. Maybe she will vomit some white foam as well, and her abdomen will be distended, as if someone inflated a giant balloon inside of it. An owner needs to get such a dog to the hospital as quickly as possible, or she will die.

Combing through the 2,551 questionnaire responses, what the researchers found is that moderate physical activity after eating, including playing with other dogs or “running the fence,” appears to reduce the chance for developing bloat by almost half. Moderate exercise in general appears to help, not just after eating. Why is not clear, although Dr. Berg suggests that perhaps exercise “helps bowel motility and encourages food to move on through,” and in that way can benefit a vulnerable stomach.

Other findings from the study: feeding dry kibble instead of wet food increased the chances for bloat by 70 percent, while anxious dogs were about 10 percent more apt to develop bloat than calm, easygoing ones. The researchers postulate that maybe dry kibble expands in the stomach in a way that predisposes a dog to bloat or has some kind of detrimental effect on gastric emptying. As for anxiety, there’s an expression that an anxious person’s stomach is tied up in knots, and maybe an anxious dog is “in knots,” too, unable to digest food as well as she should and not able to make full use of the wave action that typically moves food through the GI tract.

The addition of fish or eggs to a dog’s food appeared to have a beneficial effect, like moderate exercise did. As with the other variables, though, the researchers say “the mechanism by which” these foods may have worked “is unknown.”

Before you change your dog’s food or even her exercise habits, it’s worth noting that the study simply found associations between certain aspects of lifestyle and the risk for bloat. It in no way proved cause and effect. “Letting your dog have moderate exercise after eating is probably not a bad idea,” Dr. Berg says, but doing that or switching to wet food is not known with any certainty to cut down on the possibility that bloat will develop.

If you really want to be sure that you have taken away the chance that your dog will develop bloat, he says, opt for a prophylactic gastropexy. When a dog comes into the emergency room with bloat, it means the esophagus at the top end of her stomach and the small intestine at the bottom end have kinked off, and she immediately undergoes a surgery to remedy the problem. After the doctor flips the stomach back over, she performs a gastropexy, a procedure in which the stomach is permanently secured to the inner walls of the abdominal cavity so that it cannot flip over again.

A prophylactic gastropexy secures the stomach before bloat, which comes on without warning, ever has a chance to threaten a dog’s life. “Until the data came out in the last 15 years showing how prone to bloat deep-chested dogs are, I would have guessed that the lifetime risk for a Great Dane, the breed most commonly afflicted, is under 5 percent,” Dr. Berg comments. “But it turns out the lifetime risk in Great Danes is a little over 40 percent. And in the other large breeds that have been looked at, it’s around 20 to 25 percent. Now that we have the numbers, I think that prophylactic gastropexy makes a lot of sense. Gastric dilatation and volvulus has to be one of the worst diseases in terms of pain and suffering. It’s horrible, and about 15 percent of dogs who are brought to the emergency room don’t make it.” Indeed, bloat is one of the leading causes of death for large- and giant-breed dogs.

The surgery, which can now be done laparoscopically and has a low complication rate, takes about an hour. “The dog recovers fast and never looks back,” Dr. Berg says. “I’d recommend it for almost any large, deep-chested breed of dog,” including Great Danes, collies, weimaraners, setters, akitas, Saint Bernards, standard poodles and mastiffs.

It’s easy to understand why Dr. Berg feels the way he does when you consider that at Tufts’s hospital for small animals alone, he and other surgeons perform more than 65 operations a year to correct gastric dilatation and volvulus — more than one a week. And that’s just for the emergencies. 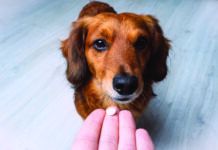