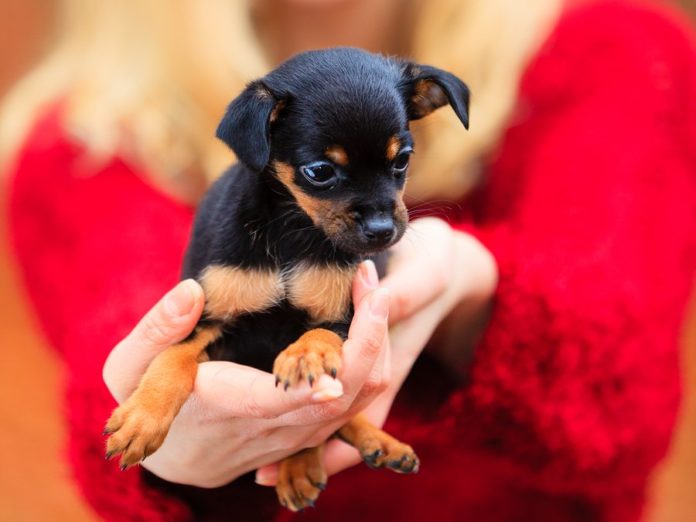 Just as some people don’t vaccinate their newborn infants for fear the vaccinations can cause more harm than the disease, some owners of new puppies forego vaccinations for their young canine charges in the belief that the shots will do more harm than good. That is not true. Without immunization through vaccinations, a puppy can become gravely ill — and die. It’s that simple.

One of the illnesses a puppy must be vaccinated against to insure that she thrives is parvovirus. Without vaccination, opportunities for contracting this condition are ubiquitous. The virus is so common, in fact, and so contagious, that inanimate objects including food bowls, shoes, clothes, and carpet can serve as carriers of this dangerous organism for up to several months; it takes the virus a long time to die. How does it get on all these things?

It spreads through oral-fecal contact, meaning parvovirus can be transmitted through any animal, person, or object that comes into contact with an infected dog’s feces. Puppies love to investigate other dogs’ waste, of course, but just your own walking in the wrong spot and inadvertently bringing the virus into your home on the bottom of your shoes can spell trouble. It doesn’t have to be excrement you can see. Even microscopic amounts are enough to spread the virus, which can eventually make it to your pup’s mouth without anyone knowing it.

Note that a dog doesn’t have to be sick to shed the virus in stools. He can shed the parvo organism without exhibiting any signs of illness, and he can continue to shed it even after he has been sick and gets well again, leaving the risk there for other dogs.

What happens if your puppy becomes sick from parvovirus? She might become the victim of severe diarrhea (often bloody) and vomiting, which can cause the loss of large amounts of bodily fluids along with electrolytes that keep dogs healthy. That, in turn, can lead to life-threatening dehydration. Patients may be treated with intravenous fluid and electrolyte therapy as hospital patients, but you don’t want to go there, especially since prevention is so much more reliable than cure. Here’s what you need to know.

When a puppy is born
When a puppy first enters the world, she receives antibodies to parvovirus (and other illnesses) through colostrum — the term for mother’s milk in the first 12 to 24 hours after birth. It contains antibodies that, if the mother herself is vaccinated against parvovirus, will protect the newborn for several weeks. These are called maternal antibodies.

They eventually lose their effectiveness, which is why puppies must be vaccinated, but there is a window of susceptibility during which the level of the mother’s antibodies are too low to confer protection but too high to allow a vaccine to do its job. They block the vaccine’s effects. That’s why it’s so important for very young puppies not to be around unvaccinated dogs, or in parks and other areas where you can’t vouch for the vaccination of all the dogs with which you are not familiar.

By six to eight weeks of age, a puppy should receive her first vaccination (which will help confer immunity not just to parvovirus but also to several other diseases, namely distemper, which is another viral infection, the liver disease hepatitis, and para-influenza). But that one shot isn’t enough. She’s going to need two additional boosters — each a month after the last.

Next steps
Stick with the recommended vaccination schedules, and your puppy should be just fine. If you’re getting your dog from a breeder, she often won’t come to your home until she’s eight to 12 weeks of age. If that’s the case, make sure the breeder has gotten her first shot, and maybe even second depending on how many weeks old she is when you get her.

Do dogs need vaccination against parvovirus when they become adults? Yes. It used to be believed that they needed a booster every year. But researchers have found that immunity from a booster shot lasts for three years. That’s fine for conferring the necessary protection from illness.

Just like her shots when she was a puppy, each booster will also provide immunity to distemper, hepatitis, and para-influenza.