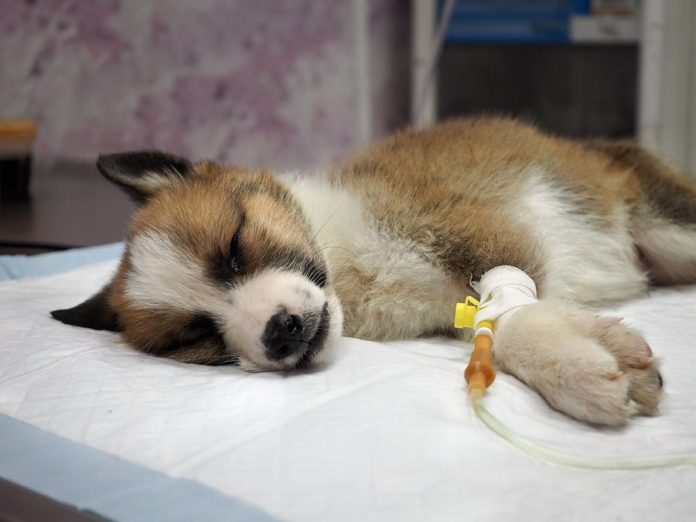 After careful consideration of the pros and cons of spaying, you’ve decided to have the procedure performed on your dog. Yes, some evidence has been coming to light that spaying could potentially increase the risk for certain cancers, including lymphoma, mast cell tumors, and bone cancer. But a lot of that evidence, while suggestive, remains preliminary at this point.

On the other side, you know for sure you don’t want to breed your dog and don’t want to have to keep her on-leash or otherwise confined every time she goes into heat. Moreover, if you get her as a young puppy, spaying before she has her first heat somewhere between the age of 4 and 12 months will greatly reduce the chance that she will fall victim to mammary cancer, which by some estimates kills 25 percent of all dogs that it strikes. Finally, even if your dog comes to you as an adult, spaying will reduce her risk for contracting an infection of the uterus called pyometra, which can prove fatal and which often requires an emergency surgery.

Now there’s a new option for spaying as an alternative to the traditional surgery that involves opening of the abdomen. It’s laparoscopy.

The differences between the two types of spaying surgeries

The main differences between the two types of spay operations are in the size of the incision, what actually gets removed, and the level of post-operative pain.

Incision size. In a traditional spaying operation, the surgeon makes an incision in the abdomen large enough “that we can actually introduce two or three fingers” while holding the instruments to remove the uterus and the ovaries, explains Tufts veterinary surgeon and Your Dog editor-in-chief John Berg, DVM, DACVS. The incision is usually three to five inches long, depending on the size of the dog. With a spay conducted laparoscopically, on the other hand, “we make a single 1-inch or two -inch incisions that we can insert long, thin instruments through,” he says. Into these incisions go a telescope “that allows us to see inside the abdomen” because now its contents cannot be viewed from outside, and the various surgical instruments that let the doctor detach and remove the reproductive organs.

Organs removed. Traditional spays in the U.S. are done by removing both the uterus and the ovaries — ovario-hysterectomy — while in spays performed laparoscopically only the ovaries are removed — ovariectomy. The uterus “is long and a little bit awkward to move laparoscopically,” Dr. Berg says.

Removing just the ovaries is enough to keep a dog from getting pregnant, but you might think that means the risk of pyometra remains because that infection hits the uterus. A dog without ovaries will not get the uterine infection, however. “While pyoemtra is a severe infection of the uterus, it’s the estrogen and progesterone production of the ovaries that causes it,” Dr. Berg says. Once those hormones are no longer produced because of ovary removal, the uterus is safe. In fact, Dr. Berg comments, “pyometra usually occurs because of failure to remove the entire ovary, not failure to remove the uterus. It’s that mistake that causes the problem.”

Post-op pain. Because the incisions made for a laparoscopic spay are smaller, there’s somewhat less post-operative pain and a shorter healing time. In people, laparoscopy also comes with a cosmetic benefit because of a smaller scar, but that’s not an issue for dogs. Hair grows back over the spot of the incision, and dogs are not apt to want to wear a bikini to the pool, anyway.

Because there’s less pain after laparoscopic than traditional abdomen-opening surgery, it might seem the only logical choice. But depending on the dog and the situation in general, it might not be. One reason is that laparoscopic spays tend to average $200 to $250 more than the regular surgery. For some people, that difference might be prohibitive, especially considering that any post-operative discomfort is only going to last a few days, at most. That’s particularly true in light of the fact that the veterinary community “has gotten so good at providing post-op pain management through analgesics. Spay is not on the list of very painful procedures done surgically,” Dr. Berg says, so the difference between post-operative pain between the two operations, while significant, won’t be dramatic.

In addition, keep in mind that the overwhelming majority of veterinary surgeons in the U.S. do not perform laparoscopic spays. There’s a good chance that if you opt for that route, you’ll have to travel some distance to a specialty practice or university veterinary hospital to have the operation done, making your dog go through a longer ride to get home once she’s cleared for discharge.

All that said, if you have a very large dog who is also obese, a laparoscopic spay may be the better option. How is that? “When we do laparoscopic surgery of any kind,” Dr. Berg says, we inflate the abdomen with a gas, and that makes it easier to look at things and maneuver. If you don’t inflate, there’s no room to manipulate the organs and see what you’re doing. The gas actually makes spays performed laparoscopically easier to perform than spays done through a regular incision, and that becomes more important when fat is covering much of what you need to see and also getting in the way of your movements.”

But for most dogs, Dr. Berg remarks, a spay performed traditionally, especially if money is an issue, is absolutely fine.