Home DOG OWNERSHIP Would You Leave Those Who Depend On You High and Dry?
Print
Email
Facebook
Twitter 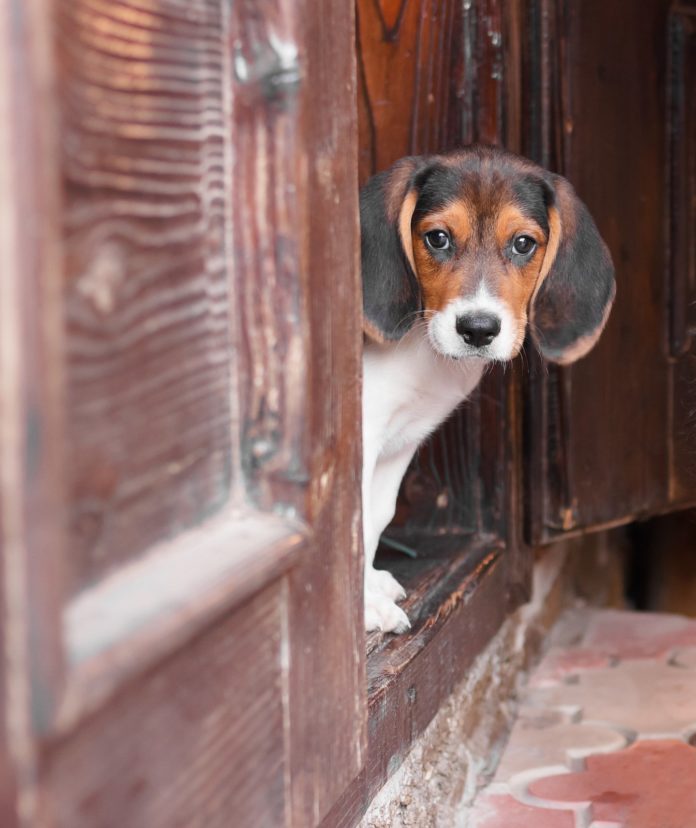 Surveys show that dogs are viewed as part of the family by nearly 90 percent of their owners, yet each year they make up a considerable proportion of the estimated 100,000 to 500,000 household pets relinquished to shelters after their last or only human family member dies or becomes incapacitated without having set up a plan for their care. Those sobering numbers, provided by the Humane Society of the United States in its 2013 “Back Up Plan” (www.humanesociety.org), are intended to goad any loving, responsible pet owner to make sure to create clear and legally binding plans for her dog’s future so that if and when the owner is no longer in that future, her dog, too, doesn’t become an unfortunate statistic.

“Most of the time, we outlive our pets, but that’s no one’s promise,” says Brooke Borg of Borg Law Group in Las Vegas. She’s all too familiar with people banking on something that isn’t a sure bet. Attorney Borg’s office is located in an area with a sizable senior population, many considering themselves fairly knowledgeable and ready to sort through their last wishes. But time and again, Ms. Borg says, she notes the “surprised look on my clients’ faces when I ask them if they have pets and if they want to provide for them. They don’t know about this area of the law or that they can even provide for their pets after they pass away.”

Knowing they have this option adds a happy note to the discussion for many, who are thrilled to learn they can make certain that their dog has a life worth living when they are no longer around to provide care. That’s because many dog “parents” recognize that their dogs are loyal, social animals with the intelligence of a small child. Too often, dogs curl up into themselves when surrendered to shelters after the dual loss of both a loved one and all that is familiar and comforting to them — adding to the likelihood of not showing well to prospective adopters.

“For dogs, it’s particularly important” to have a solid game plan, says Ms. Borg. “They have this human quality.”

Though hardly a new concept — nearly 100 years ago, Kentucky’s highest court validated a woman’s after-life provisions for her dog on the grounds of its humane purpose — rules for making provisions to care for an “orphaned” dog largely fell by the wayside through the twentieth century.

The current state of affairs

Most recently, estate planning involving dogs has appeared to be restricted to the realm of the rich and famous, and a sometimes wacky realm it seems. Late singer Dusty Springfield left her millions and some personal requests such as the laying out of her nightgown for her dog. American businesswoman Leona Helmsley’s multi-million dollar provision for her dog was contested by family members left out entirely. And comedienne Joan Rivers recently willed a nice chunk of her millions, a town house, and her four dogs to her trusted assistant. Others planning in advance for their dogs include Oprah and popular actress and animal advocate Betty White, who is leaving her multi-million dollar estate to her canine companions.

But tabloid-worthy stories are giving way to more mainstream scenarios. It appears that a small but significant proportion of Americans have drawn up wills that name their dogs as beneficiaries — perhaps as much as 12 percent, and it looks like including pets in money “left over” will become more commonplace. At last count, there were 45 states that recognized the legality of pet trusts — all but Kentucky (ironically), Louisiana, Minnesota, Mississippi, and Vermont. And many states have established pet trust laws. Most of the current trusts left for dogs average about $30,000.

“Pet trusts are coming to the forefront because you have changing family dynamics, people moving away from their family, losing contact, or simply not having a great relationship with them, and they become aware that they can leave…money to their pets,” says Ms. Borg. “The family can contest the trust — anyone can. We see it happen, which is why it’s so important to go to an estate-planning attorney familiar with the laws because they do vary from state to state.” In other words, knowing the rules involved in your state is critical to insure that your wishes for your pet’s future care are binding.

For instance, says Ms. Borg, “you have to make sure that there isn’t specific language that has to be in place for the trust to be valid. Challenges happen with all kinds of trusts but are an especially high probability with pet trusts because the family is not going to be crazy about” a pet receiving what they perceive as family money.

Wording should also be constructed in legal documents in such a way that it can anticipate future changes. “Maybe you’ll have a different pet down the road than you have now. If you’ve written language such as ‘At the time of my death, Spunky receives $5,000′ rather than ‘At the time of my death any pet I have at that time receives $5,000,’ you can hurt instead of help your case because you’ve provided specifically only for Spunky. If you have a new pet, you’ve effectively disinherited him,” Ms. Borg says.

The good news is that if the wording is specific, “the courts will usually uphold the intent of the owner as stated in the trust,” notes Ms. Borg, who has even heard stories of individuals leaving a residence to the caretaker (though most likely on a much less grand scale than comedienne Rivers).

In its “Pets in Wills” fact sheet, the Humane Society recommends starting by establishing an agreement with two individuals who can provide temporary emergency care for your pet if something were to suddenly happen to you. These two people should have not only the keys to your home to gain access in an emergency but also all pertinent information for how they should proceed, even if only temporarily, when you’re no longer there to care for your dog. Leave notes on

Having information readily available on your person can sometimes make all the difference. An “alert card” for your wallet with all the names and numbers of those assigned to take your dog on an emergency basis is key. Similar information should be placed on the inside of your front and back door where emergency personnel or family members will be unlikely to miss it. Some people affix stickers to a window, as is sometimes done to alert emergency workers that a child lives in the house. But they are not a good idea because if they appear old, they may be ignored. Having clearly updated and detailed information about your dog on the inside of your home’s entry door(s), including where she might hide if she tends to make herself scarce around strangers, should do the trick. Dogs need food and water, access to the outside to relieve themselves, and attention and affection. They cannot fend for themselves for very long at all.

The ASPCA also recommends keeping visible a clearly worded document outlining your dog’s “habits, food preferences, medical conditions and medications taken, veterinary information and records, and behavior around other pets/people/children.” In the worst case scenario, if you do not have any designated caregiver, at least the shelter taking your dog will know how to provide care and what would be the best home situation for her to be placed in.

Handing on the legalities

Along with making sure your dog’s needs are met in the immediate aftermath of your death, it’s also important to have a copy of any legal documents in the hands of those who can take your dog in an emergency. “If an owner dies in his or her home and law enforcement shows up and finds that person’s dog in the house, they will confiscate her and take her to a shelter and without a copy of that trust with them, the dog may not be released to the emergency caretaker,” says Ms. Borg. It’s also a good idea, she says, to go the extra mile and “make sure that the [local] shelter has a copy or registry on file in case something happens so that they themselves, if necessary, can access the names and other information and call the designated caregiver. Then you can be absolutely certain that your dog” will be safe.

Perhaps yours is the best-case scenario — you have a friend or family member who enjoys a wonderful bond with your dog. He or she would likely be your first pick for a future caregiver, provided the person has room and time enough to add your pet to his or her household. There are other issues to consider, too. Does your friend already have pets and, if so, would your dog get along with them? What about children? And does she work full-time? You should also have a back-up plan — another caregiver who expresses a willingness to take on the responsibility of caring for your dog if, for whatever reason, Choice Number 1 can’t.

Once you determine suitable forever caregivers (who may or not be the ones you choose for the care of your dog immediately after your death), you must make sure that you’re on the same page about how your dog’s needs will be met. Keep in mind that this individual will have discretion over your dog’s day-to-day well-being, veterinary care, and euthanasia, when the time comes. Then, too, you should reassess your choice over time. Your potential caregivers may undergo changes in their lives that would make them unlikely to be able to provide appropriate attention for your dog, even if good intentions are there.

An option other than choosing a caregiver from among your loved ones is to assign the role of finding a new home to the executor of your will, who will be able to make a determination about which is the right home for your dog at the time of your death rather than years before. There are even sanctuaries and pet retirement homes opening up as of late that can care for your dog until her last breath or hold onto her until her assigned caretaker can take over the role or a suitable adoption situation is worked out. These places are, however, institutions and should be looked into carefully to make sure that the place is a fit for your dog and the establishment’s success rate for finding good homes is substantial.

Keeping your wishes up to date

Make sure, now and then, that local shelters have your most updated information on file about who’s supposed to get your dog in your absence. Perhaps you have a new designated caretaker, or her number has changed, or your dog has a new veterinarian or changed health conditions or needs. This way, “you can rest assured your dog is not left high and dry, which happens, unfortunately, in too many cases,” says Ms. Borg. Time brings change, not only for you, but also for your designated caregiver.