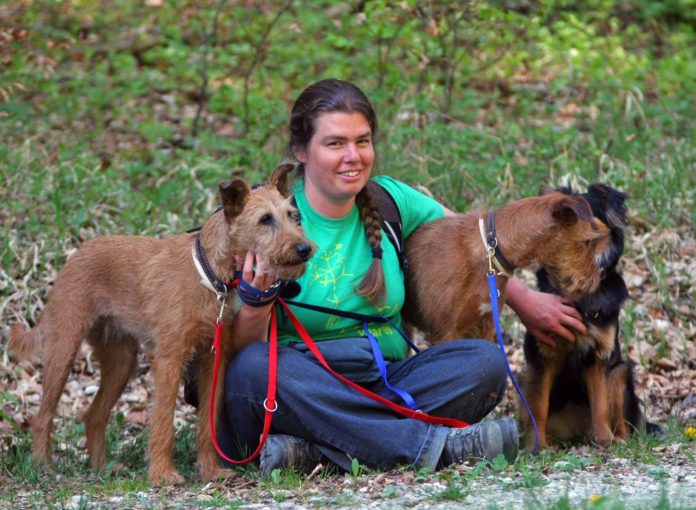 If it’s you and your dog competing in a shell game, there’s a better-than-even chance your dog is going to win. That’s right. They’re onto you and can outsmart sleights of hand you set up to fool them.

Animal behavior researchers in the Department of Evolutionary Biology and Environmental Studies at Switzerland’s University of Zurich made the point when they had 27 dogs meet two different people — one who was always cooperative and gave them food and one who was “competitive” and always took the food and put it in their pocket.

Then came the study. The dogs — Gavin, Poncho, Josi, Kiki, Piper, and all the rest — were given the opportunity to lead both the food-giving and food-taking person to one of three locations. One contained a box with sausage, which the dogs really liked; one had a biscuit, which the dogs liked well enough but not as much as the sausage; and one had no food at all. On the first day, the dogs led the cooperative, food-giving person to the sausage by a margin of almost two to one — significantly more often than could be expected by chance, and certainly more often than the person who had already been identified as the one who would pocket the food the dog liked.

By the second day, they were really getting the hang of it. The dogs led the food giver to the sausage by a margin of three to one. More telling still, they led the food-taker to the empty box significantly more often than could be expected by chance — and many times more often than they led the cooperative person there — even though they had been instructed to show both people boxes with food!

In other words, they were actively working through their options. Most telling, by not taking the food hoarders to the sausage, they were assured of getting it, because after working with the food giver and the food taker, they then had to lead their owners to a box. And the owners, just like the cooperative food-givers, would always give them whatever food was in it, as long as there was any. If the dogs led their owners to the sausage, it was theirs to eat.

The results show dogs’ ability “to use tactical deception,” say the researchers — taking someone who always kept the food for themselves to a place with no food (or the less desired food) so they could then lead a food-giver or their own giving owner to the location of the sausage. Or, to put it a tad less cynically, they can figure out pretty quickly how to make use of a good opportunity. It’s pretty amazing when you consider how much dogs love sausage — they were able to quell their instinct to go right to the meat with someone who would have taken it, biding their time until their owner or the cooperative food-giver had their turn.

Lead researcher Marianne Heberlein got the idea for the study from watching her own dogs mess with each other’s heads. One occasionally pretends to see something interesting in the backyard to trick another into giving up the best sleeping spot.

Dogs are not the only species capable of using deception to get what they want. Consider that roosters make calls that convey information about food quality to a hen, thereby guiding her to better food sites. But roosters also produce the call to attract “women.” They know not to overuse the ruse, or the chickens would just ignore it. And at least one species of bird, the fork-tailed drongo, sometimes uses alarm calls to put other bird species in a fleeing tizzy away from available food, which leaves them free and clear to fetch it for themselves.

But dogs seem to be excellent at fooling people, even better than non-human primates according to some research. The investigators speculate it may be because dogs have so much experience living with human companions in everyday life and therefore have an easier time intuiting our weak spots.

The take-away here: your dog can keep a poker face. There are times you may be played and will never become any the wiser. (And you thought it was just those adoring, pleading eyes that got you to do what they wanted.)